Andrew Cuomo takes on the banksters 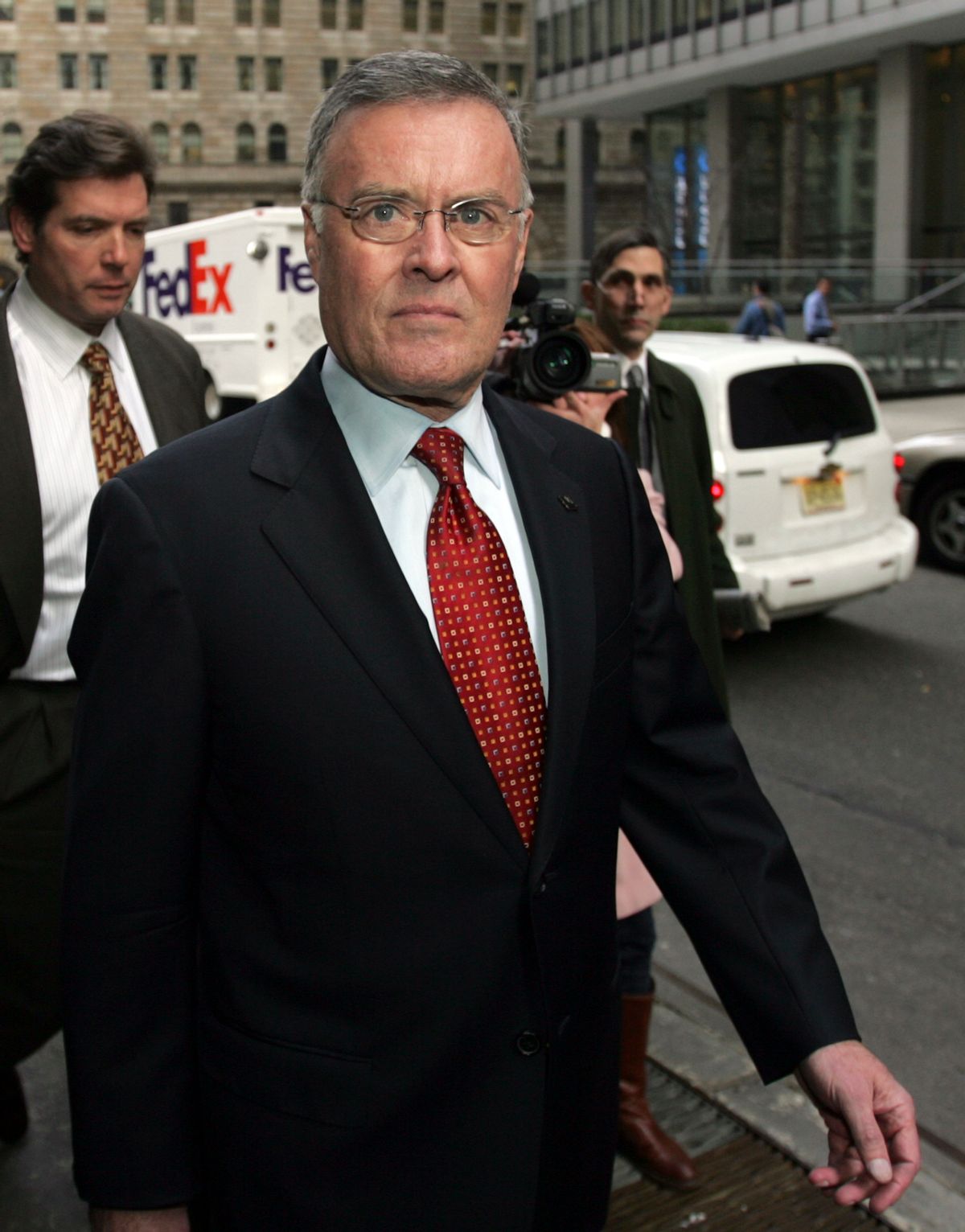 In the grand tradition of his predecessor Eliot Spitzer, New York State Attorney General Andrew Cuomo is generating tons of publicity by whacking Wall Street with a big fat stick. But even if you are predisposed to dismiss the civil fraud suit his office filed Thursday against former Bank of America CEO Kenneth Lewis and former chief financial officer Joseph Price as political grandstanding designed to smooth Cuomo's path into the governor's mansion this November, the 90-page lawsuit still makes for some great reading.

We've got BofA executives, in sworn testimony, directly contradicting previous sworn testimony and then failing to "recollect" their earlier conversations with state investigators. That's kind of ballsy. We've got a BofA treasurer worriedly telling CFO Price that he didn't want to be talking some day in the future about the topic they were then discussing -- huge losses at Merrill Lynch -- "through a glass wall over a telephone." And we've got a mysterious smoking gun: the summary firing, without explanation, immediately following a shareholder's vote to approve BofA's acquisition of Merrill, of BofA's general counsel Tim Mayopoulos; the man, as described in the suit, "who knew too much."

The lawsuit charges Lewis and Price with a dazzling switcheroo.

In order to complete its deal [to acquire Merrill Lynch], Bank of America's management misled its shareholders by not disclosing massive losses that were mounting at Merrill Lynch so that the shareholders would vote to approve the deal. Once the deal was approved, Bank of America's management manipulated the federal government into saving the deal with billions in taxpayer funds by falsely claiming that they intended to back out of the deal through a clause in the Merger Agreement.

If true, that's a nice piece of work. First you hide the extent of how badly Merrill is hemorrhaging cash, so as to avoid scaring off your shareholders. Then, just one week later, you tell the federal government to fork over a cool $20 billion or you'll try to walk away from the deal. Making the matter even messier, you fire the guy most likely to advise that you should have disclosed Merrill's losses before the vote, and there's a paper trail indicating that your lawyers had advised you that you most likely would not be able to get out of the deal citing the Merger Agreement clause mentioned above. So, basically, you lied to your shareholders and then extorted the government with a brazen bluff.

On the disclosure issue, judging by the facts detailed in the complaint, Cuomo's case looks  strong. There was ample evidence in the week before the shareholder's vote that Merrill's losses were accumulating at a startling pace. Mayopoulos told investigators that after consulting outside counsel, he had recommended disclosure, but then had changed his mind after becoming convinced that Merrill's probable losses were not out of range of what they had been over the past year. But the lawsuit alleges that Price and Lewis kept him in the dark as to the rapidly worsening state of Merrill's finances. And shortly after Mayopoulos found out how bad the numbers really were, he was fired.

Question: On Monday, December 1st there is an entry for 2:00 with Tim Mayopoulos and Greg Curl. Do you recall that conversation looking at your calendar of that meeting?

Price: I do not recall the specifics of that one.

Question: Do you know if it related to Merrill Lynch?

Question: Do you know if disclosure issues regarding Merrill Lynch came up at that meeting with Mr. Curl and Mr. Mayopoulos?

Price: I don't recollect the meeting.

Call me cynical, but Mr. Price sounds like a man with something to hide. Gregory Curl, BofA's head of corporate development, does Price one better.

Question: How is it that in April you testified that you had a specific conversation with Mr. Herlihy about disclosure, and today you testified about none?

Curl: I don't recall that conversation about disclosure.

Question: Earlier today, on the topic of disclosure, you said, "That's not part of my world," correct?

Question: How was it part of your world on April 10, 2008, when you testified about it?

It's one thing to have a fuzzy memory of a meeting or a phone call. It's another thing to contradict your own previous sworn testimony with a sudden bout of forgetfulness.

So what about the second part of the story -- the attempt to strong-arm the feds? Ken Lewis' story is that Merrill's losses didn't start to accelerate wildly out of control until the week after the shareholder's vote. Here's where the case gets a bit murky. BofA's position is that Merrill reported an addition $7 billion in losses in the week after the vote. But the lawsuit claims Merrill only registered $1.4 billion in new losses during that week. I foresee plenty of billable lawyer's hours accumulating while settling that question.

Almost lost in the narrative is one of the most shocking aspects of the whole affair. Just before the shareholder vote, Merrill accelerated paying out a mind-boggling $3.57 billion in bonuses -- to reward employees for the worst year in Merrill's history.

On top of everything, the Bank failed to tell its shareholders that, in addition to buying a company that would have destroyed the Bank without taxpayer aid, it was going to permit that company to pay the $3.57 billion in bonuses in a manner and at a time completely inconsistent with its prior practice.

The closing months of 2008 were a crazy time when all kinds of decisions, by both government officials and financial institution executives, were being made ad hoc and on the fly, on little sleep and under incredible pressure. One can even argue that despite the alleged fraud and extortion, the right outcome occurred -- if Merrill Lynch had not been bought by Bank of America, it surely would have followed Lehman down the drain, further imperiling the global economy.

But that's hardly an excuse for failing to disclose pertinent financial information to your shareholders, or attempting to squeeze the federal government during a moment of great national economic peril. It will be very interesting to see how this case proceeds.