The demon sheep are coming for Californians 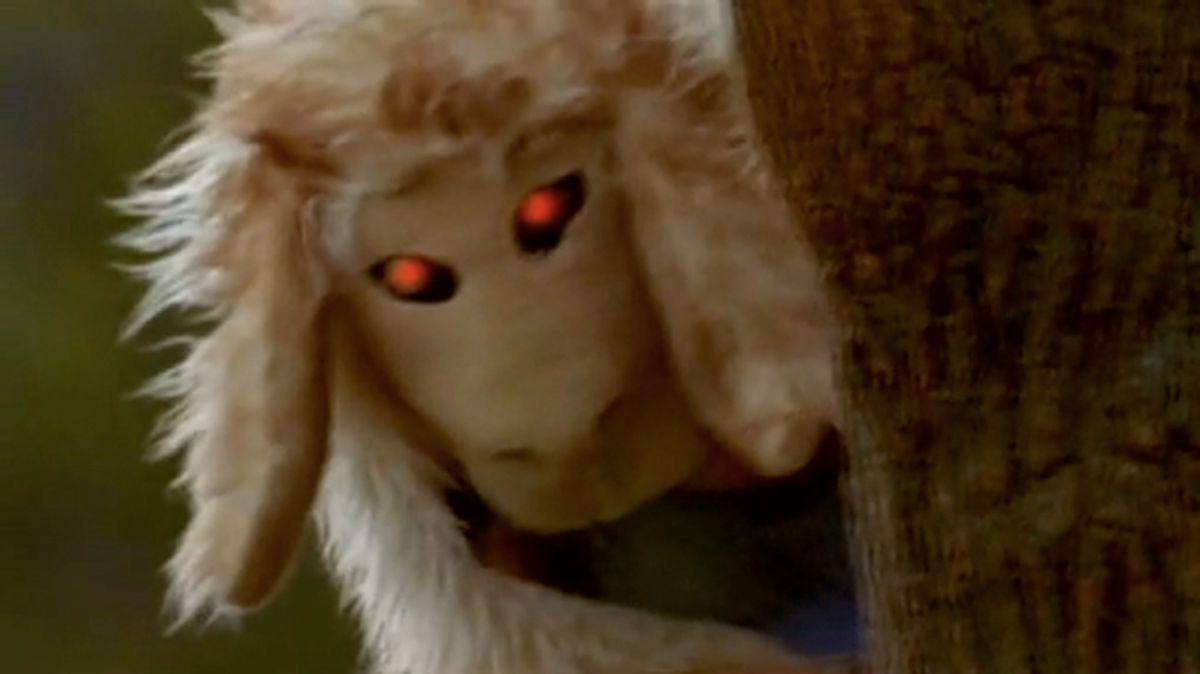 Screenshot from the campaign video
--

Even given the U.S.' long history of campaign oddities, a Web video from California's Senate race has to be one of the strangest things to hit American politics. The video, produced by Republican Carly Fiorina's campaign as an attack on Tom Campbell, her opponent in the Republican primary, starts out weird, with the words "purity" and "piety" displayed on screen over a serene landscape. And then there's some sort of weird sheep metaphor.

As this goes on for more than three minutes, the video really gets bizarre. You can watch it below; if nothing else, don't miss the frame 2:26 in, when the creature now known on the Internet as the demon sheep -- a hilariously awful attempt at portraying a wolf in sheep's clothng -- comes briefly on screen.