Blame it on the bikini 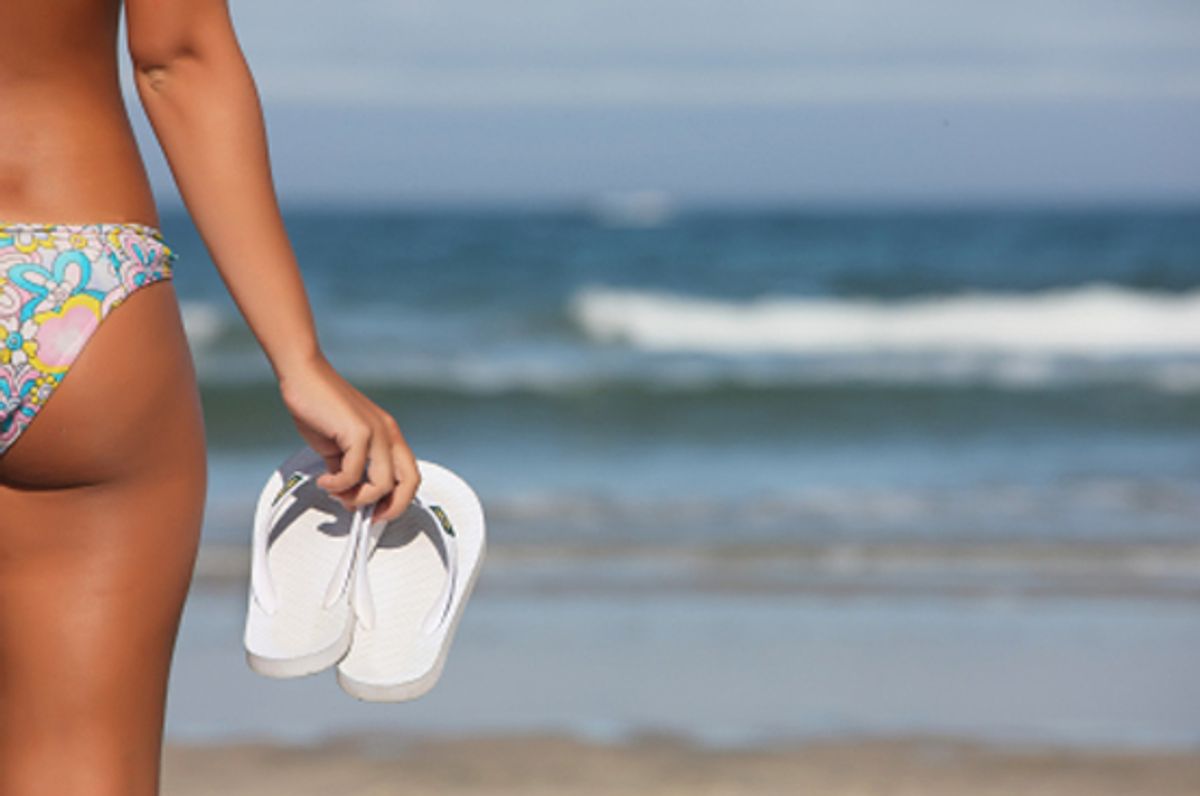 There are many reasonable ways for a tourism official to respond to the news of a 9-year-old girl being raped last month while vacationing on a beach in Goa, India. You know ... issue a public statement condemning her alleged attacker or reassure prospective vacationers that the state is taking serious steps to protect foreigners, and residents alike, against sexual violence. The latter would be a particularly appropriate approach, given there has been recent string of attacks on female tourists. Instead, Deputy Director of Tourism Pamela Mascarhenascase took the following tack: "You can't blame the locals; they have never seen such women. Foreign tourists must maintain a certain degree of modesty in their clothing. Walking on the beaches half-naked is bound to titillate the senses."

Er, OK, lady. Unfortunately, Mascarhenascase could not be reached for comment, due to a most inconvenient time difference, so I'm left to dissect her bizarre commentary on my own. It sounds as though she is either suggesting that the 9-year-old girl's beachwear provoked her alleged attacker or that the general abundance of scantily clad foreigners caused her accused rapist to snap. Neither interpretation expresses even a hint of basic, human empathy: At blame is either an adolescent girl's body or the culturally insensitive tramps who have descended upon the state for some fun in the sun.

Lest you think Ms. Mascarhenascase's views are not representative of Goa's tourism department, check out what her higher up, Director Swapnil Naik had to say in response to her comments: "I think that sentiment has also been echoed by our minister in one or two statements. There is a degree of cultural shock for our native population when they see certain type of dressing." Absolutely. I am a total believer in cultural sensitivity (although, for the record, I'm not hot on draconian enforcement of cultural conformity) -- but what does that have to do with sexual assault? Rape is a violent crime, but wearing a bikini is not.

Well, at least not yet. Several news outlets have reported that Goa is pushing for a bikini ban, but the government has denied the claims. Instead, in response to the recent crimes against female foreigners, the state is outlawing all skimpy bathing suit shots from tourism ads. They don't want to give visitors the wrong idea. So, I guess the "right" idea is that women better cover up to protect themselves?