Millions of voters believe the GOP line about Obama's runaway spending. It's up to him to set the record straight 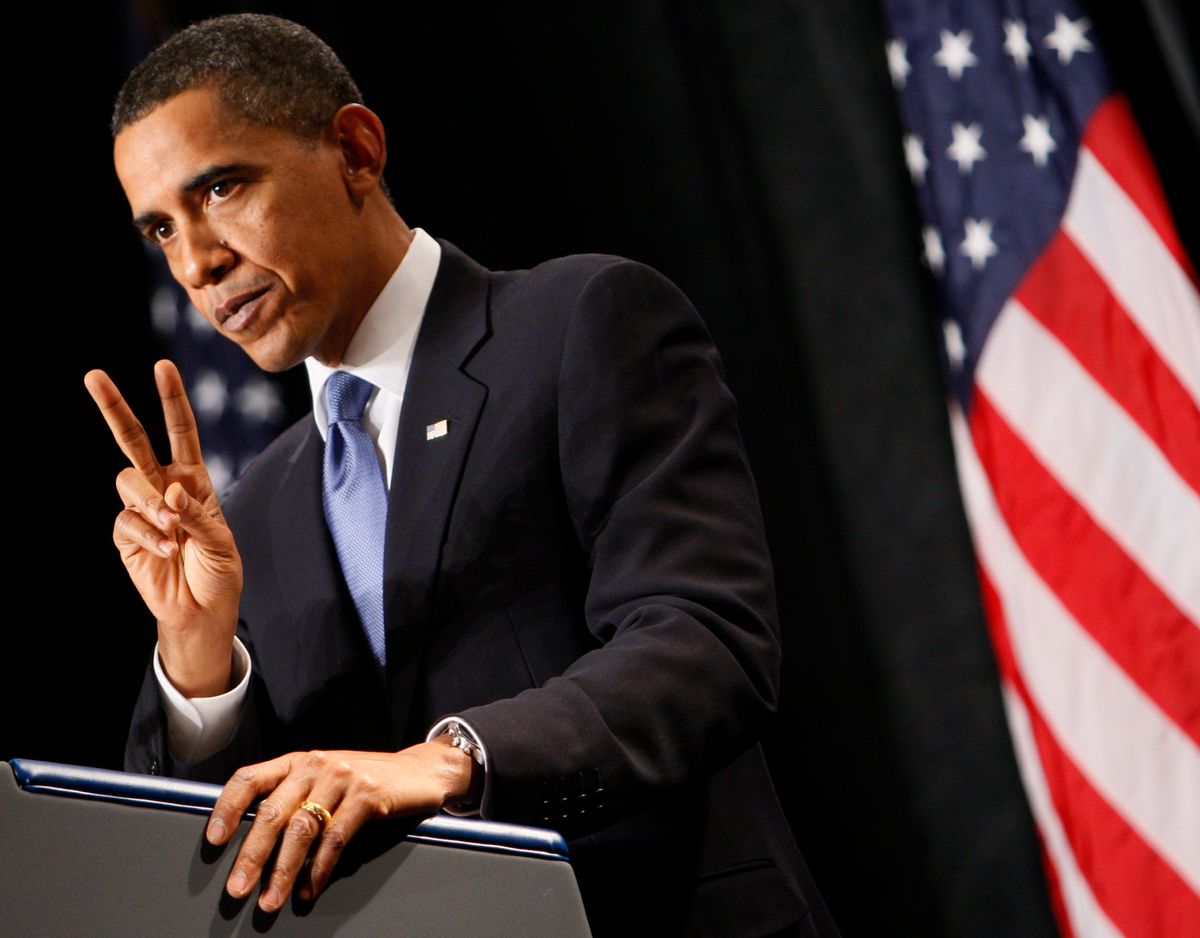 If President Obama's recent face-to-face meeting with congressional Republicans had been a prizefight, they'd have stopped it: Obama by TKO. It was such a mismatch that Fox News, unofficial network of the GOP, basically conceded defeat by cutting away 20 minutes before it ended. Other networks showed it all.

Republicans appeared to make the elementary mistake of believing their own ... um, propaganda. Believe it or not, Obama's use of Teleprompters has convinced GOP stalwarts that he's kind of thick. I get frequent e-mails to that effect from people who marveled at the wit and wisdom of George W. Bush.

I know, I know. That's what they think, is all I'm saying.

House Republicans shouldn't have allowed the encounter to be televised. But then believing their own disinformation is basically what makes them Republicans.

So anyway, up jumps freshman Rep. Jeb Hensarling of Texas.

"You are soon to submit a new budget, Mr. President. Will that new budget, like your old budget, triple the national debt and continue to take us down the path of increasing the cost of government to almost 25 percent of our economy? That's the question, Mr. President."

Hensarling appeared to think he'd posed a real zinger. Obama's runaway spending is an article of faith among the Rush Limbaugh/Glenn Beck crowd. Karl Rove, Bush's cynical political guru, pushes it the way Lenin pushed "the withering away of the state."

Obama jumped on it. "With all due respect," he said, "I've just got to take this last question as an example of how it's very hard to have the kind of bipartisan work that we're going to do, because the whole question was structured as a talking point for running a campaign ...

"The fact of the matter is, is that when we came into office, the deficit was $1.3 trillion. $1.3 trillion. So when you say that suddenly I've got ... a monthly deficit that's higher than the annual deficit left by Republicans, that's factually just not true, and you know it's not true.

"(That) had nothing to do with anything that we had done. It had to do with the fact that in 2000, when there was a budget surplus of $200 billion, you had a Republican administration and a Republican Congress, and we had two tax cuts that weren't paid for, you had a prescription drug plan -- the biggest entitlement plan, by the way, in several decades -- that was passed, without it being paid for, you had two wars that were done through supplementals [i.e., off-budget appropriations] and then you had $3 trillion projected because of the lost revenue of this recession."

Read it and weep, because those are the facts. Two weeks before Obama was inaugurated, the Congressional Budget Office projected the 2009 deficit at $1.2 trillion, adding that due to the economic crisis the new administration also inherited, "collections from corporate income taxes are anticipated to decline by 27 percent and individual income taxes by 8 percent; in normal economic conditions, they would both grow." Mandated spending on unemployment insurance, food stamps, etc., increased.

A year later, little had changed. A December 2009 analysis by the Center on Budget and Policy Priorities concluded that the Bush administration's fiscal legacy "explain(s) virtually the entire deficit over the next 10 years."

Economic stimulus and all, new spending by the Obama administration amounts to roughly 10 percent of this year's deficit.

The GOP response to these incontrovertible facts amounts to boo-hoo-hoo. Republicans who stayed focused on Bill Clinton's zipper from 1998 until Bush's failures made necessary the promulgation of a new rule of Washington etiquette, now whine that decent people simply don't resort to arithmetic. The world began anew last January.

Obama promised miracles, they say, and he hasn't delivered. My view is that in pursuit of illusory bipartisanship, he's let congressional Republicans pout like children too long. Fiscally speaking, the GOP keeps promising voters an excursion to Big Rock Candy Mountain: lower taxes, higher revenue, prosperity all around.

Except it never happens. Multimillionaires get tax cuts, we get the bill. Virtually the entire national debt was run up by President Reagan and the two Bushes. Meanwhile, job creation under George W. Bush was the lowest since World War II. Then when Democrats take office, they style themselves "deficit hawks," and caterwaul about runaway spending.

It's like a carnival sideshow act. Except that it plays. Many readers know these things. Obama's political challenge, however, is that millions of ordinary voters don't have a clue. So he's got to find ways to tell them over and over again until they do. Republicans seem unlikely to furnish him another platform.