A soldier's plea for gays in the military

On the ground in Iraq, I can tell you that "don't ask, don't tell" doesn't protect troops -- it puts them in peril 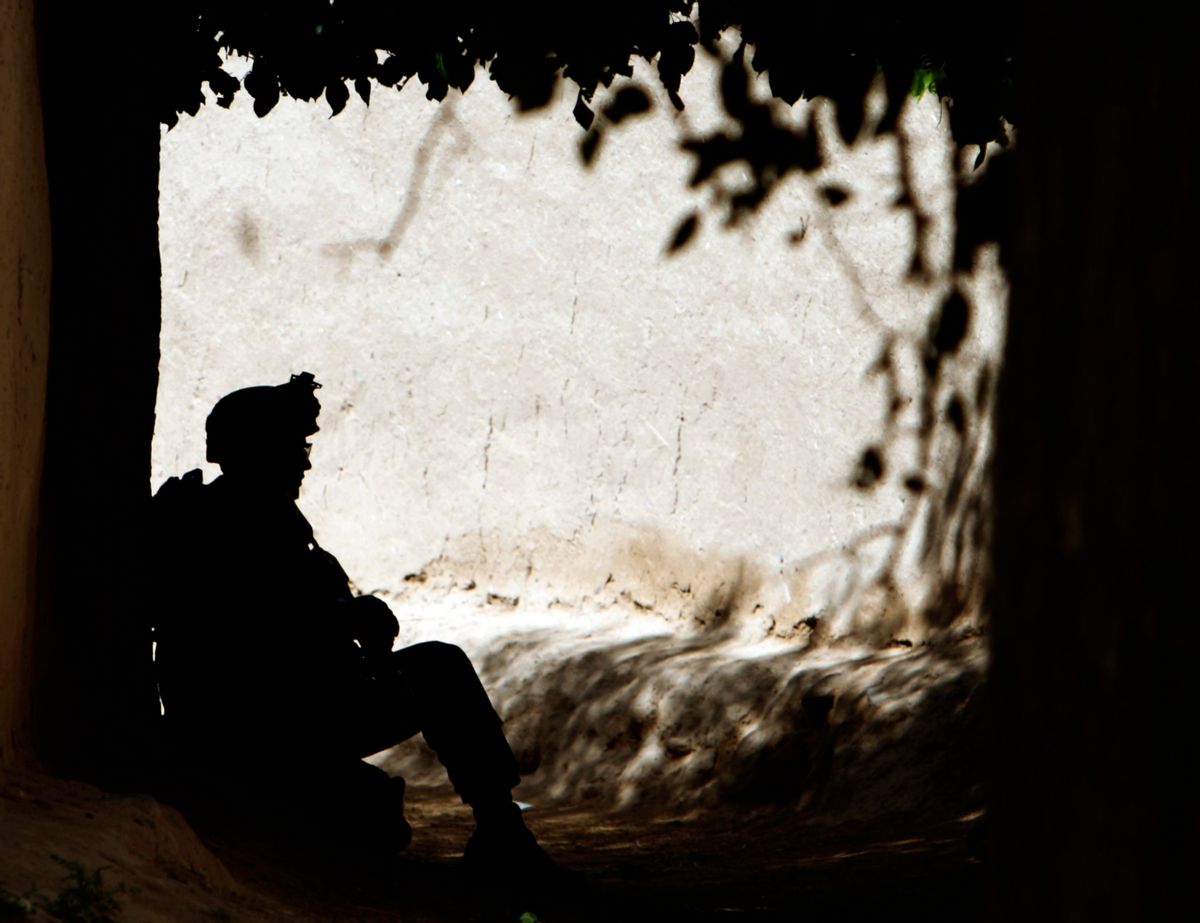 A U.S. Marine takes a break during a patrol in a village in Golestan district of Farah province, May 5, 2009. REUTERS/Goran Tomasevic (AFGHANISTAN MILITARY POLITICS) (Reuters)
--

I am the most visible Democrat in my unit. I am the hippie. The liberal. The guy with the "Veterans for Obama" pin tucked in his pocket on missions. But when I write -- always under a pseudonym, by the way -- I don't write about policy, because what I think about those issues doesn't matter over here in Iraq. What matters here is taking care of soldiers and accomplishing the mission. As the old saying goes: When they want my opinion, they'll give it to me. You see, the Army is not a democracy. We can't be. It's why we're effective. If we had to vote on every mission plan, get a quorum for an assault, nothing would ever get done. We are a dictatorship. Direction comes from the top and rolls down to the bottom. At every level, we execute those orders to the best of our abilities.

So all that aside, I can tell you that I fully support President Obama's decision to finally repeal "don't ask, don't tell." I am proud of Adm. Mullen's sensible defense of that decision in the face of nonsensical opposition. I know there are more like me, and according to the polls we're in the majority, but I also know a lot of soldiers who are resistant to the idea of open homosexuals in the military. I also know gay and lesbian soldiers who are already serving as honorably as anyone else. As Adm. Mullen said, it comes down to a question of integrity: How can we ask citizens of this country to sacrifice time, comfort and even life and limb and not allow them to honestly represent themselves?

For my part, I'm glad I won't ever have to explain the nuances of this policy to a young troop again, and I'm glad she will not have to explain it to her soldiers when she's a noncommissioned officer. True story: Because of some rumors about a young female soldier, I had to sit down and without asking -- and certainly without her telling -- explain exactly what she could or couldn't do or say, in order to protect her career. Therein lies the real threat to our war-fighting ability. If you know that a slip of the tongue could result in your discharge from the military along with the recoupment of any bonus money or educational benefits, how are you going to bring your full effort to the fight? And what does that "full effort" entail? It requires loyalty, a sense of duty, integrity, courage and sacrifice. These values are not present in straight people and lacking in homosexuals any more than they are present in one race over another. They are human traits, plain and simple.

There are arguments that repealing "don't ask, don't tell" creates a slippery slope and will damage unit morale and cohesion. A slippery slope to what? The suggestion that allowing homosexuals to serve openly will lead to some kind of downward trend in uniform and appearance is laughable. Some people are apparently concerned that changing the current policy will somehow bring about an explosion in adultery and body art. The U.S. military has already relaxed its standards on body art -- when they needed to meet recruiting goals. If there is a slippery slope here, it leads to females serving in combat arms specialties that they are currently barred from. Here again, women are already carrying out combat duties and being awarded for valor while doing so. As for morale and cohesion, give us a little more credit than that, please.

There will be opposition in the services. It may be loud, it may get nasty. People opposed racial integration as well; and as with racial integration, maybe this will hasten equality in the civilian world. In the end, though, whether they want to or not, soldiers will do what they're told -- especially if it's the right thing to do.