Dem tensions on healthcare flare up behind closed doors 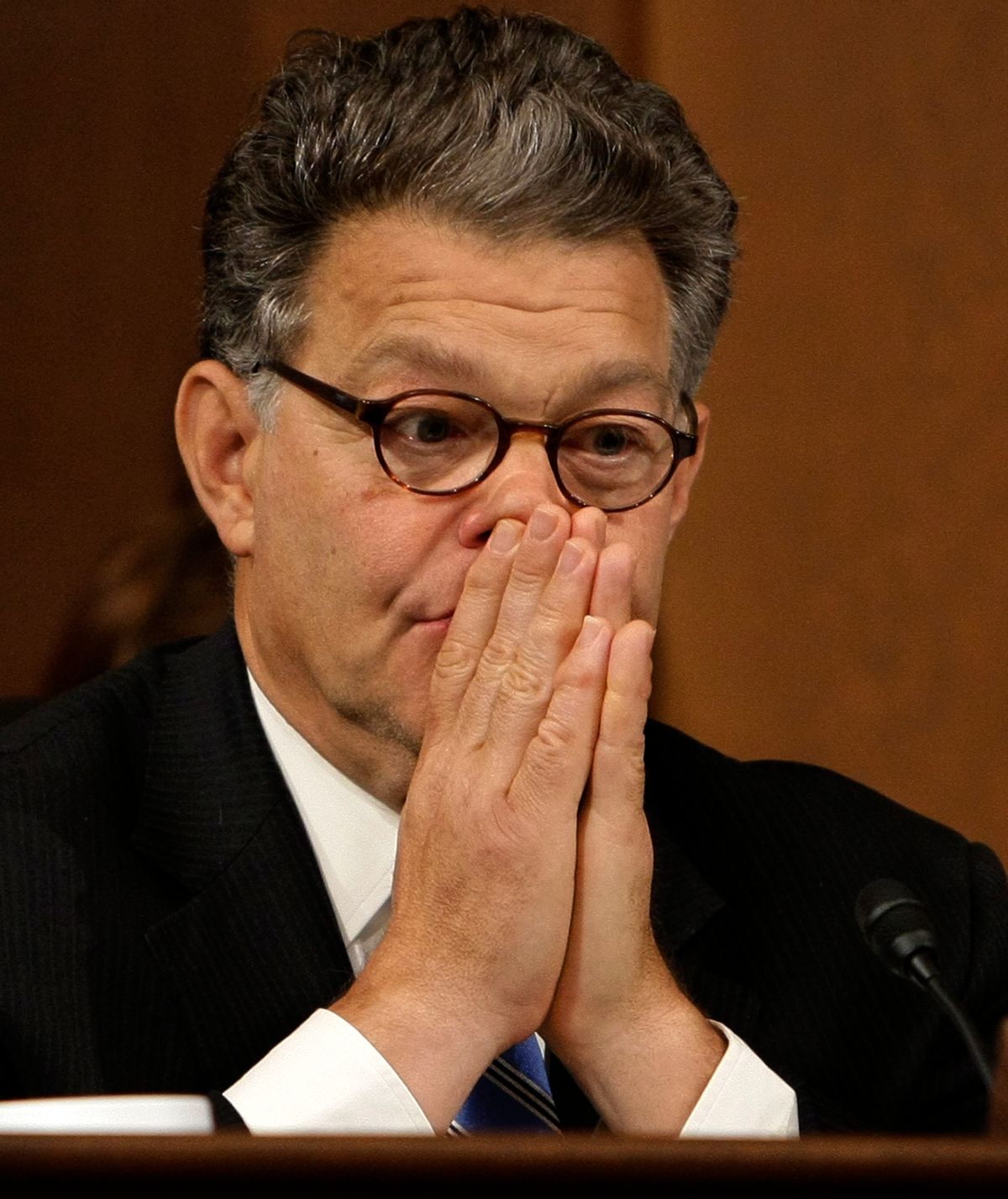 President Obama’s public question-and-answer session with the Senate Democrats earlier this week was a pretty tame event – especially compared to the spectacular hijinks that went down when Obama addressed Republican members of the House. The President briefly admonished his own party, telling them to “finish the job on healthcare,” but that was the extent of the conversation. None of the senators actually asked Obama a question about healthcare reform.

But there are some tensions between the White House and Senate Democrats, and behind closed doors, they're coming out. In a follow-up meeting, Sen. Al Franken, D-Minn., tore into David Axelrod, a senior advisor to Obama, about the president’s lack of leadership on healthcare. According to one Democratic aide quoted in the Huffington Post, the Minnesota senator said that "he really needed to know if the White House was going to lead." Apparently, Franken was not alone in his grievances. As one Democratic senator told Politico, "There was a lot of frustration in there."

Obama has long been criticized for his lack of leadership on healthcare -- first by liberal commentators and more recently by leading progressive members of the House, including Rep. Anthony Weiner, D-N.Y. The argument stems from frustration that the President hasn't done enough to garner public enthusiasm for reform. Franken and his fellow Democrats in the Senate, however, have been reluctant to blame the White House for their healthcare woes.

Obama’s latest comments on healthcare reform don’t seem to indicate that he'll be getting more personally involved anytime soon. At a fundraiser Thursday night, the President voiced concern about whether a bill would pass at all, and suggested that the onus lay on Congress to get something done:

So there’s a lot of information out there that people understandably are concerned about. And that’s why I think it’s very important for us to have a methodical, open process over the next several weeks, and then let’s go ahead and make a decision.

And it may be that — you know, if Congress decides — if Congress decides we’re not going to do it, even after all the facts are laid out, all the options are clear, then the American people can make a judgment as to whether this Congress has done the right thing for them or not. And that’s how democracy works. There will be elections coming up and they’ll be able to make a determination and register their concerns one way or the other during election time.