My compliments to the Peace Corps chef

Kevin Kaye has a bright career in sexy restaurants, but he got his start in a Russian demilitarized zone 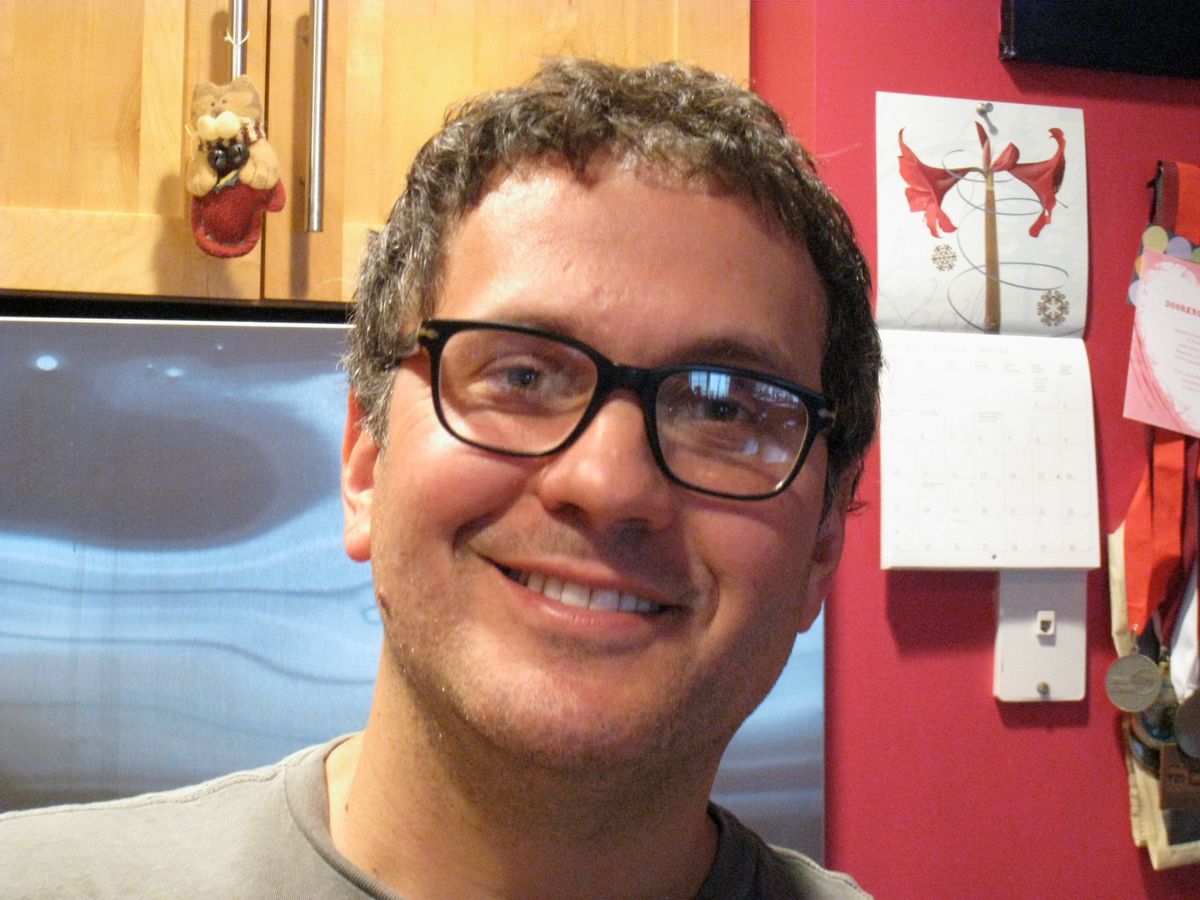 I've seen Kevin work. In a pressed white shirt, sleeves rolled up over thick forearms, he's a natural behind the kind of bar you always want to be in -- where the food is good, the lights are warm, and the bartenders know what you want to eat and what you want to drink. He pours the wines he likes with confidence. When he's cooking, his moves are strong and efficient; he pulls a roasting sardine out of the oven, tops it with sweet and sour onions, and puts it before you with minimal motion.

But today, at home, showing me some of the food he learned to cook while serving in the Peace Corps in Russia, his movements were looser, less precise. The stop, drop and spin was replaced by mashing potatoes in a bowl slightly too small and not worrying terribly much if he kept having to peek into the oven to check on the five-ingredient apple cake called sharlotka (six if you count the squeeze of lemon). He made "cutlets" by pressing mushroom stuffing into wads of mashed potatoes and rolling them in bread crumbs.

The restaurant where he works is a great one, one of those places that serves "simple, rustic" food as only a city in the first world imagines simple, rustic food, meaning that all the vegetables are still diced to uniform size and all the stocks and sauces are made and remade until the flavor notes are just right. But here we are, cooking really simple food, and I imagined that his French chefs in culinary school would have taken issue with the bits of filling that peeked out from their encasements. I pointed them out, but Kevin shrugged and said, "Don't sweat it. This is a pretty utilitarian cuisine."

Which is not to say that he doesn't respect it ... or didn't come to respect it, anyway.

"When I first got there, I thought I didn't want to eat Russian food. It was too much -- soup with a layer of oil floating on top. I actually liked it, and I know they were being generous, but I just couldn't eat that way and have my weight stay under three bills. And there was an influx of crappy Western goods. Lots of 'sausages,' that I knew were cheap hot dogs. They took rye bread, edam-style cheese and ketchup and toast it, and they were like, 'Pizza! It's like America!'"

I thought about the heartbreaking sweetness of that, actually, of the odd mix of hospitality and cultural aspiration bound up in that awful-sounding toast.

"Later I learned that the Communists purposely built terrible home kitchens so people would go to communal cafeterias to eat with their comrades. You know, I had a hot plate in the windowsill, an electric teakettle, a college beer fridge, and I really didn't have much less than most Russians. So if you went to someone's house you either had a terrible meal or a really good one that you know was ridiculously difficult for them to cook for you."

"So how did you learn to make this food?" I asked, sneaking another spoonful of the surprisingly delicious mushrooms, forest-y, sweet with onions and their finishing kick of garlic.

Kevin smiled, remembering. "Well, a friend I met had a cottage, in the DMZ between Finland and Russia. His family had been high up in the military, so they didn't have money, but they had more privileges, like a plot of land with potatoes. Russians have this idea that the villages are where you find the real Russia, and there, the grandfather built a barbecue pit, fish traps, a fish smoker. And both grandmas lived there. They cooked on this wood-burning stove, the kind you see in fairy tales. You know: It heated the house, you cooked on it, the smallest child slept on it."

The cutlets seared in hot, wispy oil, and Kevin warned me to get ready for the piercing shriek of the smoke detector.

"One of the grandmas served in the blockade, on an antiaircraft gun, with a pair of binoculars telling the gunner where to shoot during the siege of Leningrad."

"Yeah. She was pretty much deaf," he laughed. "But I loved talking with them, and since we were inside so much, I got to helping in the kitchen. Grandma Tonin, the other one, was very formal about it. I guess it was novel for a man to be cooking, and she was a very detailed teacher, telling me about the difference in the potatoes picked this season versus last season."

He cut up cucumbers and tomatoes and tossed them with dill for salad.

"I've always cooked," he said. "I started cooking because my mom started working again when I was in high school. I worked at pizzerias, I worked as a line cook in college. So I kept eating food in Russia and thinking I could try to improve it. But the more I learned from them, the more I learned that they had their own ways of making things better. A little lemon in the borscht makes the beets brighter red, brightens the flavor. Egg in the potatoes makes them smoother and more pliable. I'd worked in restaurants or whatever, but I never learned to take food and break it down like that. So we sat around the kitchen, and food never really comes off the table. They were always making it, and then you'd sit around after the meal and drink tea and have bread and cheese and jam. The kitchen is definitely the center of the home," he said, transferring the fried cutlets into the oven to finish heating them through.

Watching him, I added up the pans Kevin was using: a pot for boiling potatoes, a pan to sauté the mushrooms, a bowl for mashing spuds, a tray to hold the cutlets, a pan to fry them, a plate to drain the oil and a tray on which to bake, right next to the pan that the cake is in.

Kevin plated two of the cutlets for me and some salad topped with sour cream. I broke the crust with my knife and fork, taking a genteel bite. Crisp and yielding, and the flavors were what you'd expect. They were uncomplicated, and they were delicious. I took more bites, gratefully, until there were no more bites to take.