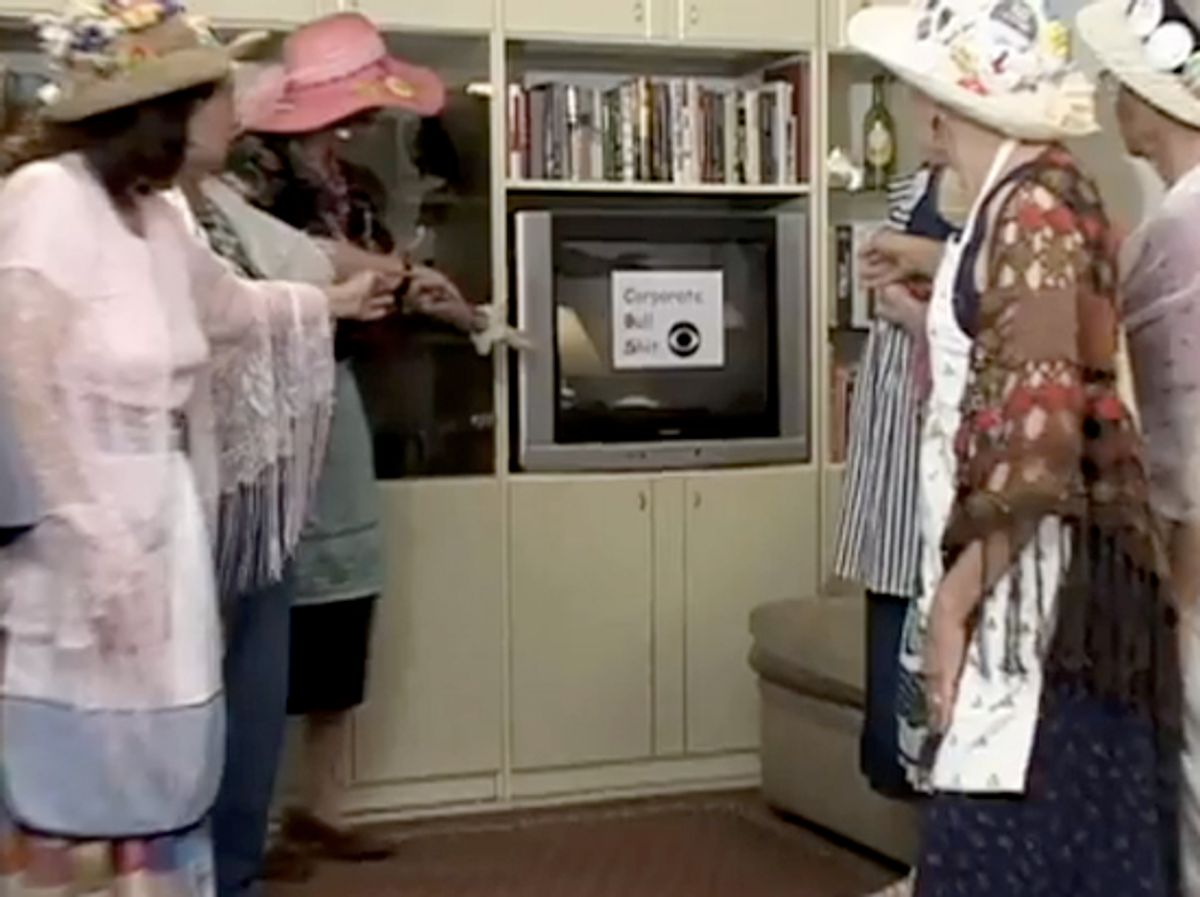 Much has been written about CBS's decision to run Focus on the Family's antiabortion Super Bowl ad this year -- despite the network's having rejected ads from left-wing political organizations and, most recently, one for gay dating site Mancrunch.com -- but no one's summed up the controversy as succinctly or enjoyably as the South Florida Raging Grannies. To the tune of "Three Blind Mice," the singing activists tell us what CBS really stands for: "Corporate Bull Shit."

Update: I didn't realize before that this video is a part of the Women's Media Center's call for answers to the question "What does CBS stand for?" You can learn more about that at NotUnderTheBusCom.