Mayor Bloomberg's flip-flop embarrassed the Obama administration and himself. He was right the first time 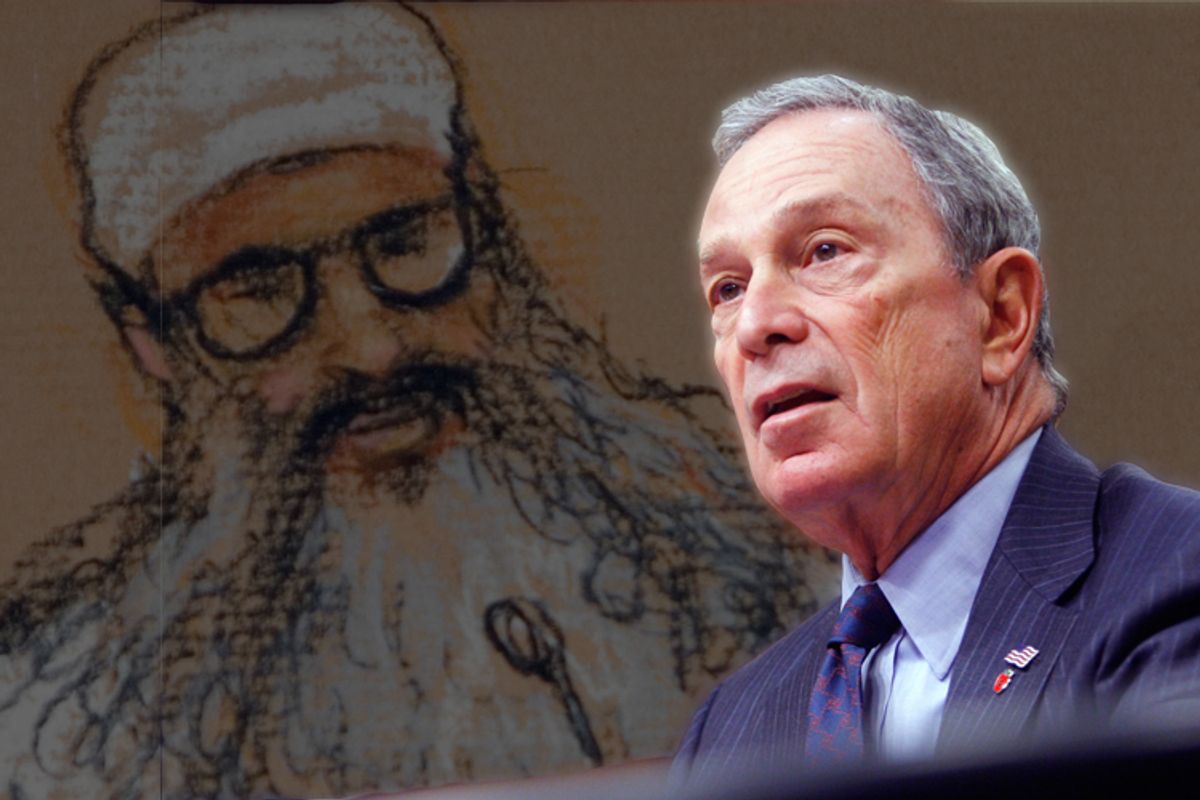 Urging the Justice Department to move the trial of al-Qaida leader Khalid Sheikh Mohammed and his accomplices from Manhattan's federal courthouse to a more remote location, Mayor Michael Bloomberg suggests that he is merely talking common sense. Holding the KSM trial downtown will cost too much money, says the mayor, and "disturb" too many people.

Actually, Bloomberg was closer to the mark when he first commented on the pending trial last December. As he told reporters then: "It is fitting that 9/11 suspects face justice near the World Trade Center site where so many New Yorkers were murdered." As long ago as last November, he had received assurances from Attorney General Eric Holder that the federal government would not expect the city to pay the huge security costs of the trial.

But with the real estate industry, Sen. Charles Schumer and Wall Street demanding that the trial be moved -- along with the Republican congressional leaders and a host of right-wing blatherers -- Bloomberg quickly dropped his own instinctive principle. Why didn't he inflate the cost -- and ask the Obama administration to pay the estimated $200 million -- before he endorsed the Manhattan location? And why did he choose to blindside the president -- who helped him win an amazingly close election last year with a tepid endorsement of the Democrat? With his exploding cost estimates and subsequent flip-flop, Bloomberg looks unreliable, untrustworthy and unserious.

There happens to be a strong argument for Bloomberg's instinctive first response, as Peter Bergen and Karen Greenberg pointed out in a highly perceptive CNN.com essay titled "Why the 9/11 Trial Belongs in New York." Bergen, a highly respected international expert on al-Qaida, and Greenberg, who heads New York University's Center on Law and Security (and lives and works about a mile north of ground zero), note that if necessary the trial could be moved to one of the other four boroughs -- or to Governor's Island, a former military base in New York harbor that is a short ferry ride from the downtown neighborhood ravaged on 9/11. They offer two compelling reasons:

"Before 9/11 as well, New York courts successfully prosecuted, convicted and imprisoned for life the likes of the 'Blind Sheikh' Omar Abdel Rahman; the al Qaeda bombers who launched the attacks on the embassies in Kenya and Tanzania in 1998; and the plotters of the first Trade Center attack five years earlier.

"And New York City is now preparing for the trial of Ahmed Khalfan Ghailani, an al Qaeda member allegedly involved in the 1998 embassies bombings who, unbeknownst to most New Yorkers, has been living in prison in the city for nearly eight months, without incident…

"... Most important of all, perhaps, is that the fearfulness of New York authorities feeds a sense of learned insecurity that has dominated the U.S. since 9/11. By contrast, the American military families posted to Guantanamo Bay chose to stay when they learned that suspects who they legitimately believed were the worst of the worst terrorists would be imprisoned there. They did this because they trusted U.S. troops to protect them.

"The backing down of the Obama administration ... signals weakness and fear. Rather than facing our enemies by showing confidence in ourselves as a nation that knows how to protect itself, our government leaders have let us know that they do not trust our institutions to protect us, an idea that should be intolerable to Americans."

There is also a strong argument for the Obama administration to stand up to Bloomberg and the rest of the fear chorus -- as Richard Clarke, the former counterterrorism advisor to Presidents Bush and Clinton, noted in a brave Sunday News essay on the politics of terrorism.

The genuinely tough Clarke is not fazed by the bombastic rhetoric of the neoconservatives, who are trying to frighten New Yorkers so they can harm Obama -- even at the cost of humiliating the United States in the face of its enemies. As Clarke recalls, correctly, "There were numerous al-Qaida trials in Manhattan when Rudy Giuliani was mayor and the world did not end. Yes, Manhattan will become a target of al-Qaida if a trial takes place there. But it already is target No. 1 for al-Qaida; it can't get any more so.

"The evidence is clear that the GOP talking point machine, repeated by Fox television commentators and others, does not bother to learn the facts about terrorism before they leap to attacking the party in power's handling of the issue. They are wrong on the facts and they are wrong morally to attempt to make political gain on the damage inflicted by terrorism."

As the Republicans foment hysteria around the 9/11 trial -- and pretend that hiding KSM on a military base would somehow be more macho -- it is hard not to remember the old slogan from the authoritarian world of Orwell's 1984: Weakness is strength.