Rumors of a major scandal swirl around unpopular governor 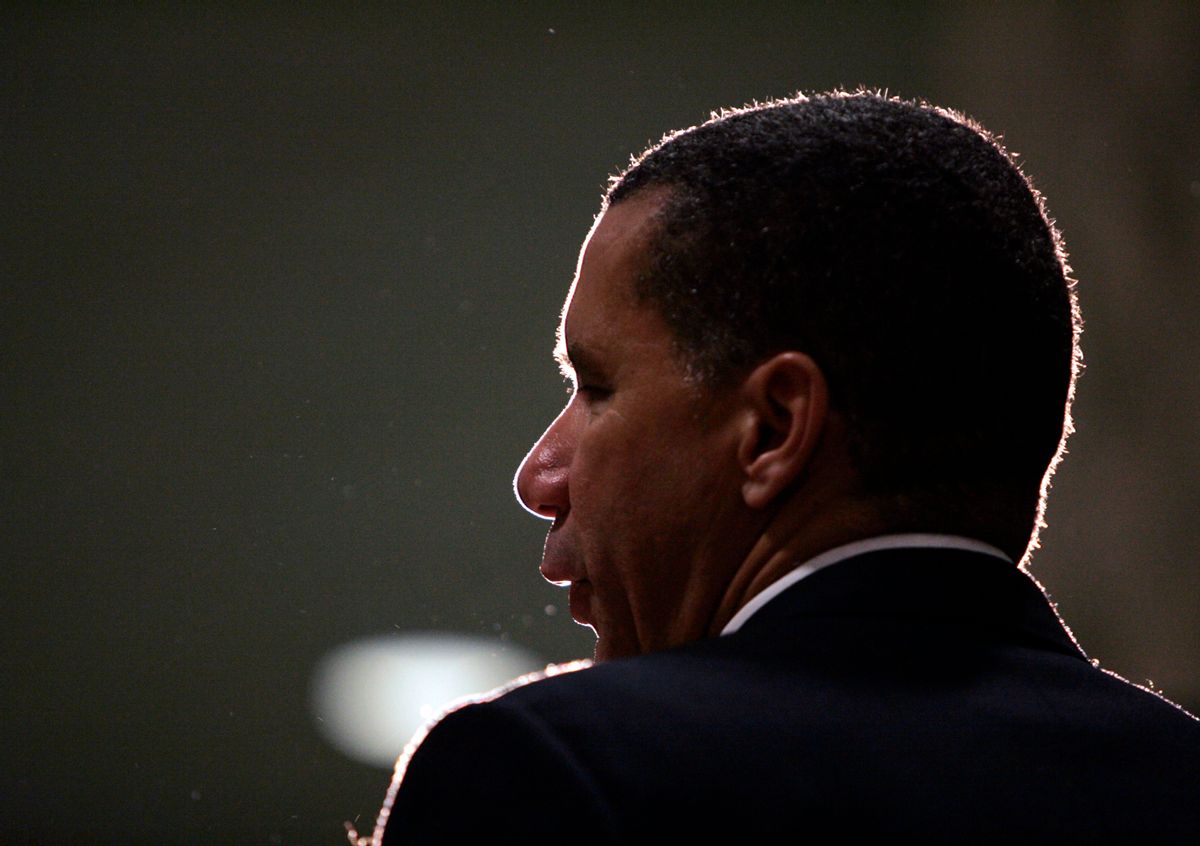 Gov. David Paterson met privately with key Democratic leaders about his re-election plans as questions swirl around the state capitol about a variety of unproven accusations involving the Democratic governor's personal conduct.

Paterson campaign spokesman Richard Fife said the weekend meetings and calls had nothing to do with the accusations but were "routine re-election campaign calls."

"The governor started making calls two weeks ago to step up his campaign effort and get ready to officially announce his re-election campaign," Fife said. "The calls were -- and are -- going well ... And then look what happens -- a coordinated effort to stop him and spread rumors."

A Democrat close to the situation, though, said the meetings included discussions about whether Paterson would resign or announce he will not run because of the unsubstantiated claims in the whisper campaign surrounding the governor's behavior. The Democrat spoke on condition of anonymity because of the sensitivity of the issue.

One recent New York Post article about the accusations drew a denial by Paterson's spokeswoman and a strong rebuke by the superintendent of state police.

"Perpetrating lies about the governor, his family and troopers who diligently perform their duties is a disservice to the citizens of New York," said state police Superintendent Harry J. Corbitt, a career trooper appointed to the top post by Paterson.

A spokesman for the governor sharply criticized the crescendo of questions, rumors and accusations.

"This is a new low even by the standards of Planet Albany," said Paterson spokesman Peter Kauffmann late Sunday. "The circus of the past week entirely fabricated out of thin air and innuendo is an embarrassment for all who have played a role in fueling it."

"I've never seen the rumor of a story becoming the story as this one has," said Doug Muzzio, politics professor at New York City's Baruch College.

Paterson became governor 23 months ago when Eliot Spitzer resigned amid a prostitution scandal. Paterson had been forced to confront allegations of sexual affairs and drug use since the day he rose to office on March 17, 2008. He held an extraordinary news conference detailing past affairs that he and his wife were involved in during an 18-month period when it appeared their marriage would end. He also recounted drug use from his youth.

He said he made the admissions so he couldn't be compromised as governor and to avoid further fracturing a government rocked by Spitzer's resignation.

Paterson already had plenty of conflict among his fellow Democrats. A week ago he vetoed an ethics bill adopted by the Democrat-controlled Legislature that was widely seen as essential this election year. Paterson says he wants a tougher bill.

He also has refused to abandon his campaign for a full term, even as the far more popular and better-funded Andrew Cuomo, the attorney general, waits in the wings.