Why do we need a Consumer Financial Protection Agency? Because big banks only do the right thing when forced to 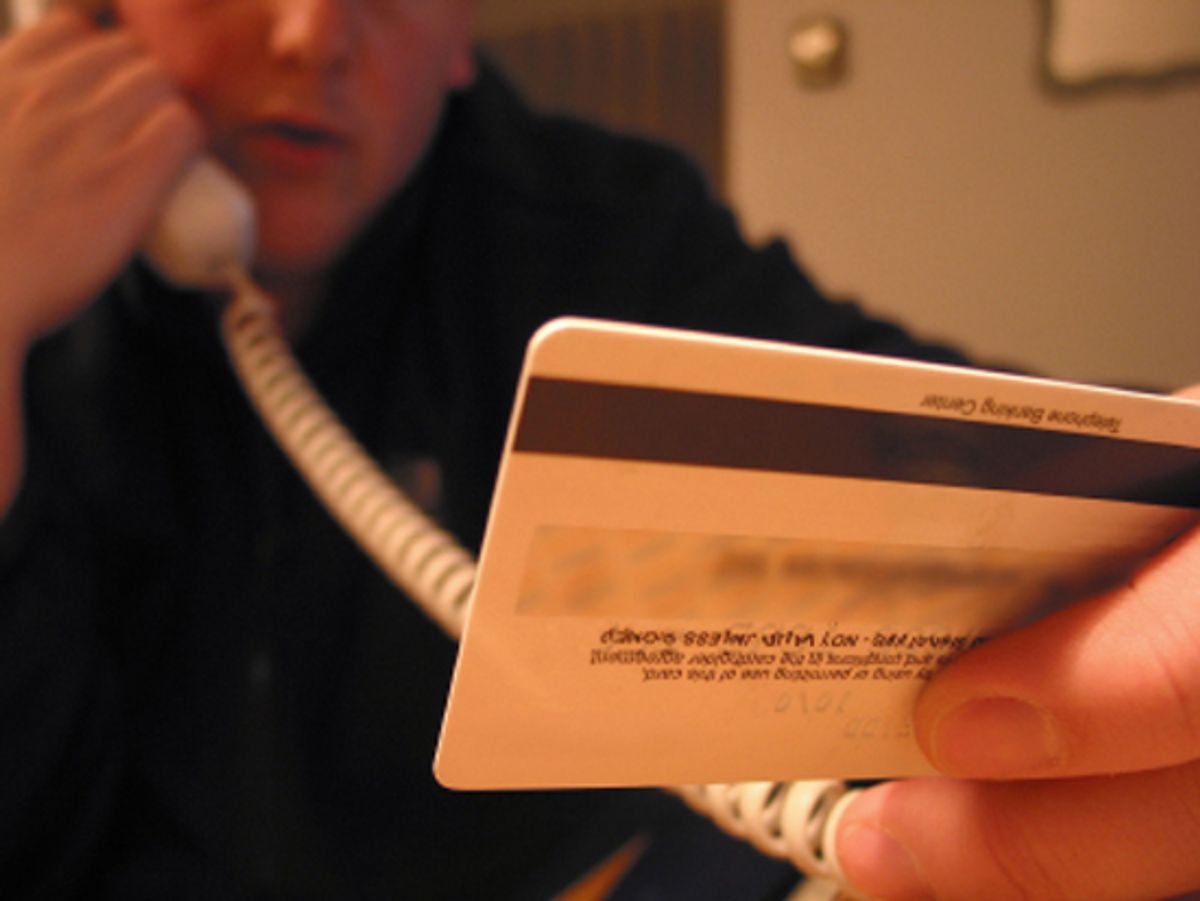 It is a symbol of how much I have come to distrust the financial institutions with which I do business that my first reaction when I opened a letter from Chase labeled "Important Information Regarding Changes to Your Account" was, OK, how is my credit card company trying to screw me this time?

But I was wrong. The letter informed me of positive changes to the terms of my Cardmember Agreement mandated by the Credit Card Act of 2009.

There are three main changes that will go into effect Feb. 22.

The credit card companies have complained that the changes ordered by Congress will depress their profits. Over the past year, they have hustled to institute new fees before the deadline. For example, Chase raised minimum payments and charged higher rates for balance transfers and cash advances on some accounts, and walked straight into a class action suit and the unwelcoming arms of New York state Attorney General Andrew Cuomo.

I'm sure there is an appropriate balance to be drawn between government regulation and the freedom of banks to do what they want. But the idea that we are anywhere near that line right now is just ludicrous. The banks did far more harm to their own bottom lines by irresponsible risk taking than is likely to be achieved by any imaginable financial regulatory reform. They simply have no credibility -- which was one reason why I had to read my five-page letter from Chase three times before I was sure it wasn't disguising any new charges.

Is this how a consumer economy is supposed to work? The banks see us as suckers and we see them as bloodthirsty parasites? Something isn't right, and Elizabeth Warren, indefatigably crusading for a Consumer Financial Protection Agency, gets to the heart of it in Tuesday's Wall Street Journal.

The consumer agency is a watchdog that would root out gimmicks and traps and slim down paperwork, giving families a fighting chance to hang on to some of their money. So far, Wall Street CEOs seem determined to stop any kind of watchdog. They seem to think that they can run their businesses forever without our trust. This is a bad calculation ...

With their reputations in tatters, the CEOs have decided to go on the offensive in Washington. They might have had some thoughtful suggestions for how to better shape a consumer agency. Instead, they have unleashed lobbyists who are determined to do anything to kill the consumer agency ...

This generation of Wall Street CEOs could be the ones to forfeit America's trust. When the history of the Great Recession is written, they can be singled out as the bonus babies who were so short-sighted that they put the economy at risk and contributed to the destruction of their own companies. Or they can acknowledge how Americans' trust has been lost and take the first steps to earn it back.