The political system was always broken, and the Republicans and Democrats have always been divided. Why the fuss? 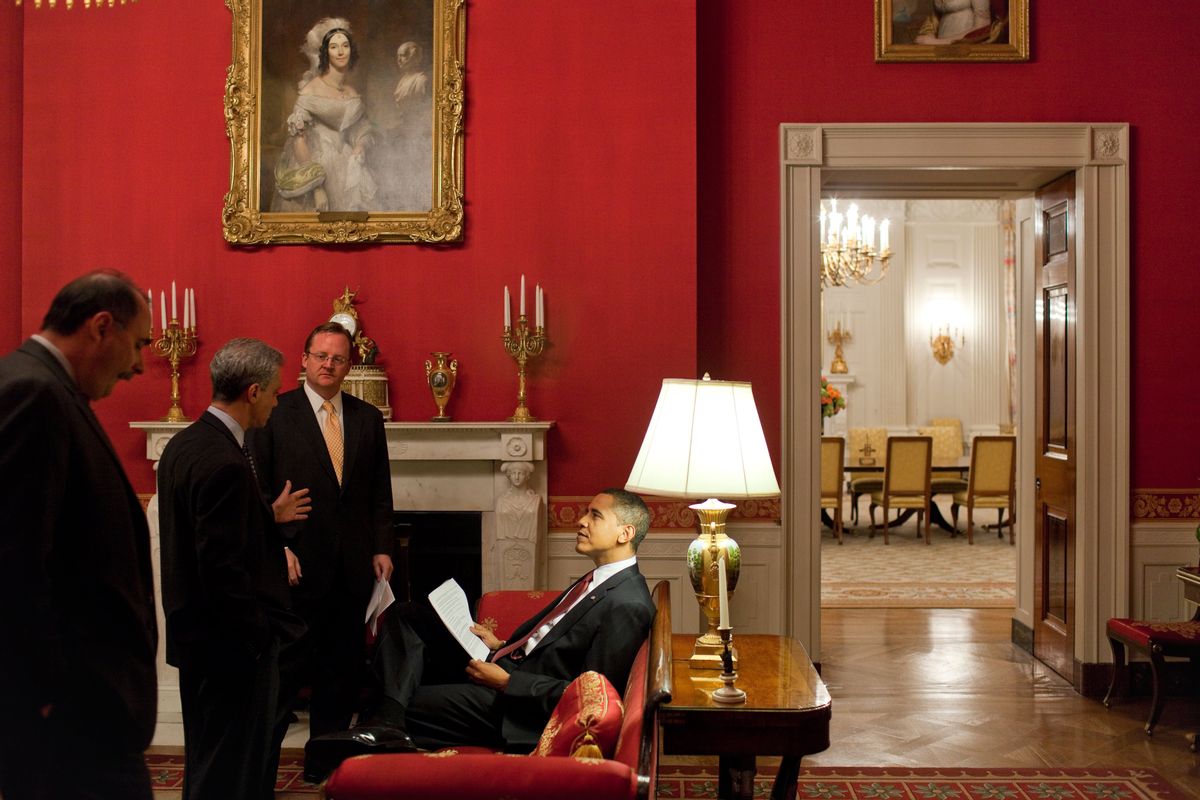 I guess the long knives are out. Here's the first of what I assume will be more to come:

At a crucial stage in the Democratic primaries in late 2007, Barack Obama rejuvenated his campaign with a barnstorming speech, in which he ended on a promise of what his victory would produce: "A nation healed. A world repaired. An America that believes again."

Just over a year into his tenure, America’s 44th president governs a bitterly divided nation, a world increasingly hard to manage and an America that seems more disillusioned than ever with Washington’s ways. What went wrong?

Pundits, Democratic lawmakers and opinion pollsters offer a smorgasbord of reasons – from Mr Obama’s decision to devote his first year in office to healthcare reform, to the president’s inability to convince voters he can “feel their [economic] pain”, to the apparent ungovernability of today’s Washington. All may indeed have contributed to the quandary in which Mr Obama finds himself. But those around him have a more specific diagnosis – and one that is striking in its uniformity. The Obama White House is geared for campaigning rather than governing, they say.

OK, before we go any further, I have to interrupt and point out that there is a missing explanation here: Perhaps the problem is that everyone, apparently including the Obama team and this reporter, insisted on actually believing that the election signaled a fundamental shift in the political landscape so huge that the earth was knocked off its axis and everything was different. In other words, far too many people believed the hype, which I understand was very, very seductive, but it was foolish, nonetheless.

The problems were always huge, the system was always broken, the Republicans were always nuts. For some reason it was convenient to ignore all that and pretend that we had had a rebirth all shiny and new and that if the worst happened, Obama could always just make a speech and everything would fall into place. Nobody's as good a politician as he was assumed to be -- and that assumption came from a presidential campaign that could have probably been won by anyone with a D after his name, which makes it even more facile. It was hubris, and we all know where that leads.

The piece goes on to reveal that Obama is being badly served by his closest advisors, Rahm Emmanuel, David Axelrod, Valerie Jarrett and Robert Gibbs, who apparently dominate decision making in the White house and in the view of whoever is talking, insulate the president from more diverse thinking and give him bad advice. The thesis is that they are political hacks who are preventing the president from making sound policy decisions. If the anecdotes are true, that may be the case, especially in a time when good politics depends so heavily on good policy.

It's fascinating, of course, because it's gossip and because some in the White House and others close to the administration have decided to try to dethrone these four. The courtiers are rebelling. That's usually not a good sign. It will be interesting to see if Obama reacts.

I would just point out two things. First, this is exactly the setup that everyone admired so much about the first-term Reagan White House. He was surrounded by three close aides, Deaver, Meese and Baker, who insulated his beautiful mind from outside influence. It's surprising how much the Obama administration modeled itself on Reagan. And it's vaguely disturbing, as well, since the political landscape is radically different even if the economy is equally stressed. Plus, Reagan was an elderly, white Republican, which alone makes it a different political universe.

The second point is that these stories always act as if the president is a simple child who has no agency in all this. The fact is that if there's one job he has above all others as chief executive, it's choosing the very best people to run the administration. If he's surrounding himself with political aides whose jobs it is to protect the Obama brand or whatever, it's his decision to do so.

What this really signals is that the Obama bubble has conclusively popped and people are now dealing with political realities. Believing that he was some kind of wizard whose very person was imbued with the power to change reality with a few well-chosen words wasted a lot of time. But if its over, I'm very glad of it. Now maybe they can start looking at problems realistically and understand just how hard they have to fight to solve them.

And Rahm, by the way, is way more trouble than he's worth. Even Nixon's advisors were more subtle --- and far more lethal. You don't keep a nasty henchman who makes enemies of everyone and inspires loathing by his very presence if he can't even get the job done.