The hip-hop pioneer on his Johnny Cash-style reinvention, Rikers Island and why he won't be singing about Fox News 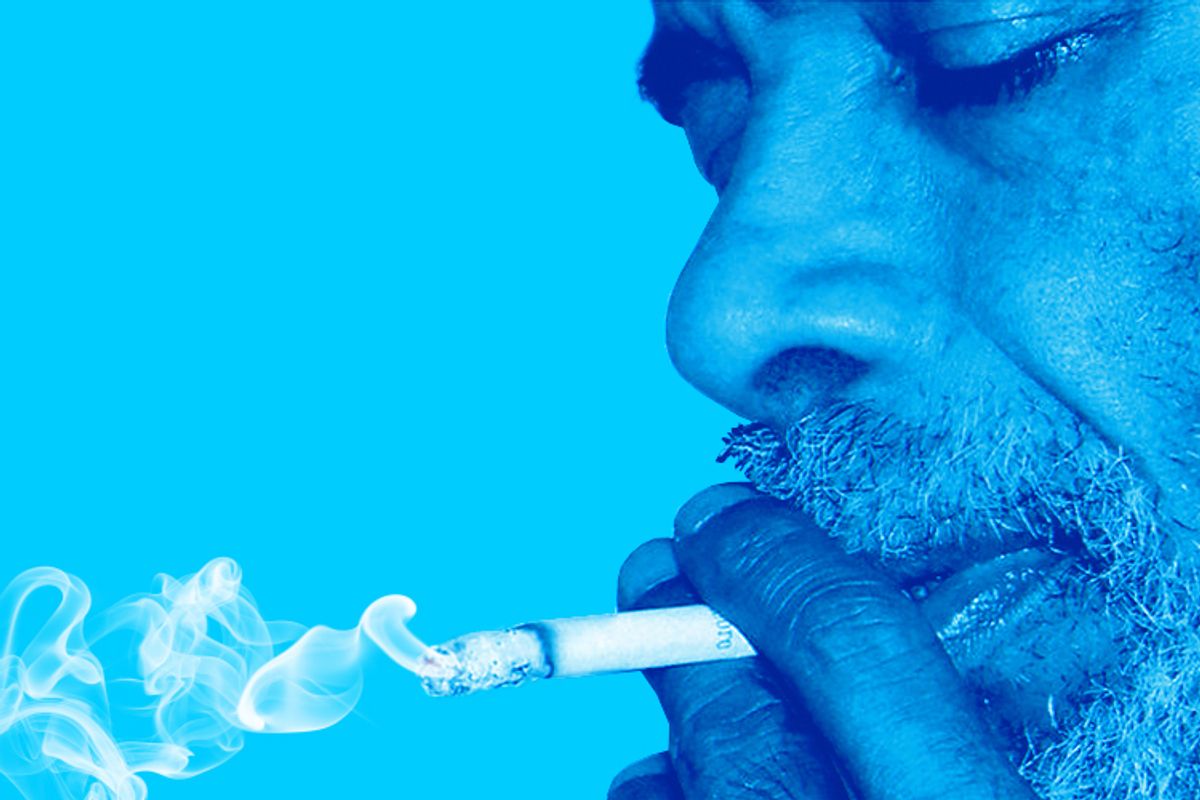 If you had to bet on which aging musical icon was going to stage a major comeback, the smart money would not be on Gil Scott-Heron. His status as a pioneer is undisputed in the world of hip-hop, where his politically charged anthems ("The Revolution Will Not Be Televised," "Angel Dust") remain heavily sampled. But his personal life has been, to put it gently, turbulent.

Twice in the past decade, he's done stints at Rikers Island, stemming from an arrest for possession of cocaine. Rumors of addiction and failing health have swirled among fans, and more than a dozen years have passed since his last record.

All of which makes the sudden resurgence of the 60-year-old singer that much more astonishing. His forthcoming LP, "I'm New Here," was produced by Richard Russell, owner of the British label XL Records, and a man renowned for his work with the White Stripes, Thom Yorke and Vampire Weekend.

Jude Rogers, of the Guardian Newspaper, was so dazzled by the disc that he proclaimed it one of the decade's best -- just a few weeks into the decade. British DJ Zane Lowe debuted the first single, a chilling cover of Robert Johnson's "Me and the Devil," as his Hottest Record in the World.

In the tradition of Johnny Cash's late-career American records, "I'm New Here" manages to reinvent Scott-Heron's sound while remaining loyal to his musical essence. Gone are the exuberant Latin and funk flourishes of his '70s anthems, and the political polemics that energized his work in the '80s. Russell's production is dark and atmospheric, full of looped drums and somber strings.

What remains is Scott-Heron's majestic voice, a reverberant baritone burred by years of hard living, and his lyricism. He sings, and speaks, more directly than ever before about his childhood ("On Coming From a Broken Home"), the bleak prospects of the urban underclass ("Your Soul and Mine") and his personal demons ("New York Is Killing Me").

Salon caught up with Scott-Heron as he was preparing for the Feb. 9 release of "I'm New Here."

How did you meet producer Richard Russell?

Richard came to see me in jail. I didn't know him, but he came with good references. He told me what he had in mind, and I said, "Congratulations. I'm glad to meet somebody who has something in mind." [laughs] Later on, I found out more about him, that he had a lot of respect in the industry, that he worked with a lot of new artists. But the record didn't happen for another three years, because I had another year to do on my sentence. You know what they say, I went for a sentence and they gave me a paragraph. [laughs]

Like being somewhere you don't wanna be. Every day. But I understood what happened. I had $20 worth of cocaine on me, and I had a tour that had started, so I took a felony charge [for parole violation]. I didn't do nothing that made me Pablo Escobar. Anybody who's never had a gram or a joint -- let them cast the first stone. I'm not in favor of [drugs]. I do not recommend it to your kids. But I was acting as an adult. You should be able to do anything you can afford as an adult. And we all do things that we shouldn't, that society disapproves of. Hell, that's a fine American tradition at this point.

I was struck by the sound of the record. It has an almost dirge-like quality. No flutes or timbales. Was that your intention?

We had a bunch of songs that were a little bit brighter, but Richard Russell chose not to put them on there. I'll put them on the next record I'm going to do, which will probably have Stevie [Wonder] and Mos Def. But this is Richard's record, so I gave him that. He put in so many hours. And the record does sound like me. The vocals and voicings are me. None of them have been misplaced.

Yeah, it's always horrifying to read that I haven't been doing anything. Doesn't feel that way to me. I've put out seven reissues, played all over the world, and I'm editing my book, "The Last Holiday," which is about Stevie Wonder's efforts to get a holiday named for Dr. Martin Luther King. I had to write that book twice, and it's 620 damn pages.

Quincy Jones. If I could work with Quincy Jones, I'd die happy. I have a ton of his records. I love the stuff he did with Michael Jackson. Hell, I even like the theme song to "Barney Miller," and the score to "The Heat of the Night." I've never heard anything by Quincy Jones that I didn't like. So if you see him, tell him I would crawl all the way to wherever he is to record with him, and he can choose the songs. Otherwise, fuck everybody else, I'll do it myself. [laughs] But I learned a long time ago that it's best to make one mistake at a time, so right now I'm focused on "I'm New Here."

For all the darkness on the record, "I'll Take Care of You" is one of the most tender songs you've ever recorded.

I have a lot of songs that I like to think show that side, but they're not generally recognized as part of what I do. "The Revolution Will Not Be Televised" -- that's who I am to people.

It still amazes me that people haven't heard songs like "Winter in America" or "B-Movie."

On your last album, you had a song, "Message to the Messengers," that exhorted young rappers to speak about real issues, and not just posture. Do you think it was heeded?

In some cases, I hope. I did a concert with Mos Def and he talked about that little dis as something that challenged him. But it's not within every artist to contribute in that way. My point wasn't that you have to turn your work into a political platform. It was that you can contribute in some kind of way.

Along those lines, I can't resist asking your reaction to Obama's election?

You're talking about the recount in Florida?

Both times. You got to count all the votes, and I stopped trusting that that was happening back around the time of Harry Truman. But the point is, Obama has a hell of a challenge. We're at the lowest point we've been ever. We turned our back on the rest of the world when we went into Iraq and now they've turned their backs on us. That's probably why McCain and Palin ran backwards. They didn't want the job.

I take it, then, you don't watch Fox News.

We shouldn't be waiting for a Gil Scott-Heron song about Fox?

I've got nothing to say about nothing.

As someone who was singing about TV addiction 40 years ago, I wonder what you make of the current technology, the way people are interacting more with screens than with other people?

What it does is it keeps people from reading, and therefore from learning. Screen life is very shallow, and it speaks to the fact that most people don't want to know themselves, especially the dark parts. So they learn how to push these buttons in a certain order. But that's just your life becoming a video game, baby. Everything that's bad for you catches on too quickly in America, because that's the easiest thing to get people to invest in, the pursuits that are easy and destructive, the ones that bring out the least positive aspects of people. And so you have a situation where there are all these ideas and products that have a built-in obsolescence. You go from this cellphone to that one to the next one and pretty soon you're paying 300 bucks for something that used to cost 25 bucks. I've got a cellphone, but I just use it to answer calls. I don't take pictures or any of that other stuff. I'm the squarest guy around here. It's getting to the point where I'm going to wind up with a phone that doesn't even need me around.

Steve Almond's new book is "Rock and Roll Will Save Your Life." It will be published in April.