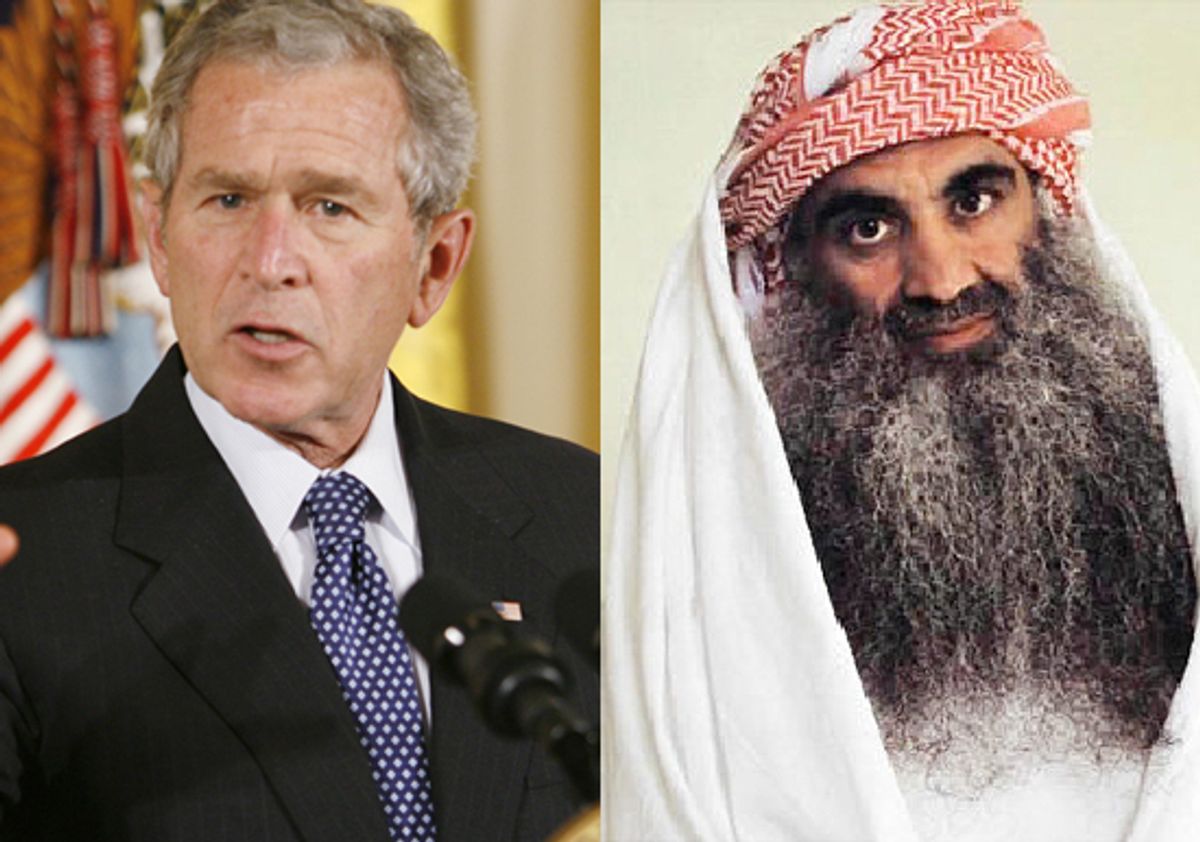 There is something of a master narrative of the early Obama administration currently emerging into view, issue by issue. It goes like this: A given situation is in a disastrous state of disarray when the new president and his staff take the reins. A rough and unsteady policy consensus forms among area experts and crucial political actors about how to move forward. At this point, the administration starts pushing a course of action designed to hold the political center. Those to the president’s left are consistently disappointed, but only sometimes outraged. While many Republicans are initially responsive, the party’s more conservative arm rallies its grass-roots base against cooperation.

The GOP then, like Lucy in "Peanuts," yanks the football away: Party leaders denounce the centrist compromise as radical and dangerous, and employ procedural tactics to stall while building their case with the electorate. By this point in the process, the compromise stance begins to wilt in the face of hardening public opinion. The emboldened opposition intensifies its attacks, the administration retreats, and whichever disastrous situation is being debated -- the job market, say -- continues to deteriorate. The administration, appearing ineffectual and counterproductive, loses much of its remaining purchase on public opinion on this particular issue.

This story is an obviously recognizable one on many of the signal issues of Barack Obama’s presidency thus far. The healthcare fight is the one that fits this pattern most tightly -- and painfully -- but conflicts over stimulating the economy, slowing climate change, and stabilizing and regulating Wall Street have all looked more or less like this. A bit more surprisingly, so has the increasingly vicious debate on what the legal response to terrorism ought to be.

Politico today reports that Senate Minority Leader Mitch McConnell, ever a sly political fox, has found his wedge issue for the midterm elections: the trial of Khalid Sheikh Mohammed, and the president and administration’s incomprehensible (partial) commitment to the rule of law. He's launching what is described as a "relentless, blistering" attack on the administration. Says McConnell, "The core question is whether the attorney general of the United States ought to be in charge of the war on terror. And the answer is no."

This is the end stage of the process. In an excellent article in the current New Yorker, reporter Jane Mayer traces the whole unpleasant business up to this point. When Obama came into office, there was widespread, if not universal, agreement that President Bush’s legal approach to terrorism and detention had to change. Washington wise men like former Secretary of State Colin Powell had largely turned against the administration’s harsh methods, which were of questionable effectiveness and dubious legality. The Supreme Court had rebuked Bush and his aides several times, and even Bush himself said of the prison at Guantánamo, "I’d like it to be over with." Sen. John McCain, R-Ariz., repeatedly called for closing the base while running for president. (However, foreshadowing what lay ahead, then-candidate Mitt Romney responded to McCain by saying Guantánamo should be doubled.)

But once the president and Attorney General Eric Holder tried to implement the plan they thought had gained the consensus position, everything came apart. The efforts to transfer detainees to the United States provoked a "not-in-my-backyard" backlash in Congress. Then a pair of attacks on Americans, at Fort Hood and on a flight to Detroit, unnerved politicians and, apparently, voters. The parallel idea of trying Khalid Sheikh Mohammed in lower Manhattan -- a location chosen because of its high security -- caught fire in the Massachusetts special election for Senate, and according to a consultant for eventual winner Scott Brown, became the most potent issue the Republican had to run on. Moderates like New York Mayor Mike Bloomberg and California Sen. Dianne Feinstein, once supportive of the idea of trying Mohammed in New York, got the willies. Sen. Chuck Schumer, D-N.Y., who had once pledged his support to Holder, called the idea of moving the trial away from New York "obvious."

Even within the administration, attacks on Holder have mounted as he’s pursued an agenda that seems to be weakening the president politically. White House Chief of Staff Rahm Emanuel, as always concerned with keeping a friendly majority in Congress, accused the attorney general of endangering his relationship with key Sen. Lindsey Graham, R-S.C. Said Emanuel, "If we don’t have Graham, we can’t close Guantánamo, and it’s on Eric!"

The rule of law is different from, say, healthcare, in that the attorney general doesn’t have to -- and isn’t supposed to, bow to political necessity. Holder seems to believe that he can just push through what is, by his judgment, the best legal course. He told Mayer last month,

This is something that can get a rise out of me, the notion that somehow Eric Holder and Barack Obama, this administration, is not tough. We have the welfare of the American people in our minds all the time. We’ll fight our enemies, and we’ll do that which is necessary, and we won’t turn our backs on the values and traditions that have made this country great. That is what is tough.

Maybe, over time, heat from the public and from the Republicans will dissipate on this, as it did slowly over the course of the last decade before resurging this year. For the moment, though, the GOP is planning to score every point it can. Don’t take it from me -- take it from McConnell: "I’d be the last one to suggest that absolutely everything the administration does is incorrect. When we think that they’re on the right path, they’ll find Republican support." The minority leader continued, "Would I love to have the election tomorrow? I sure would. Early signs are that this could be a good year, but we have a long way to go."