Salinger: "Recluse" with an ugly history of women 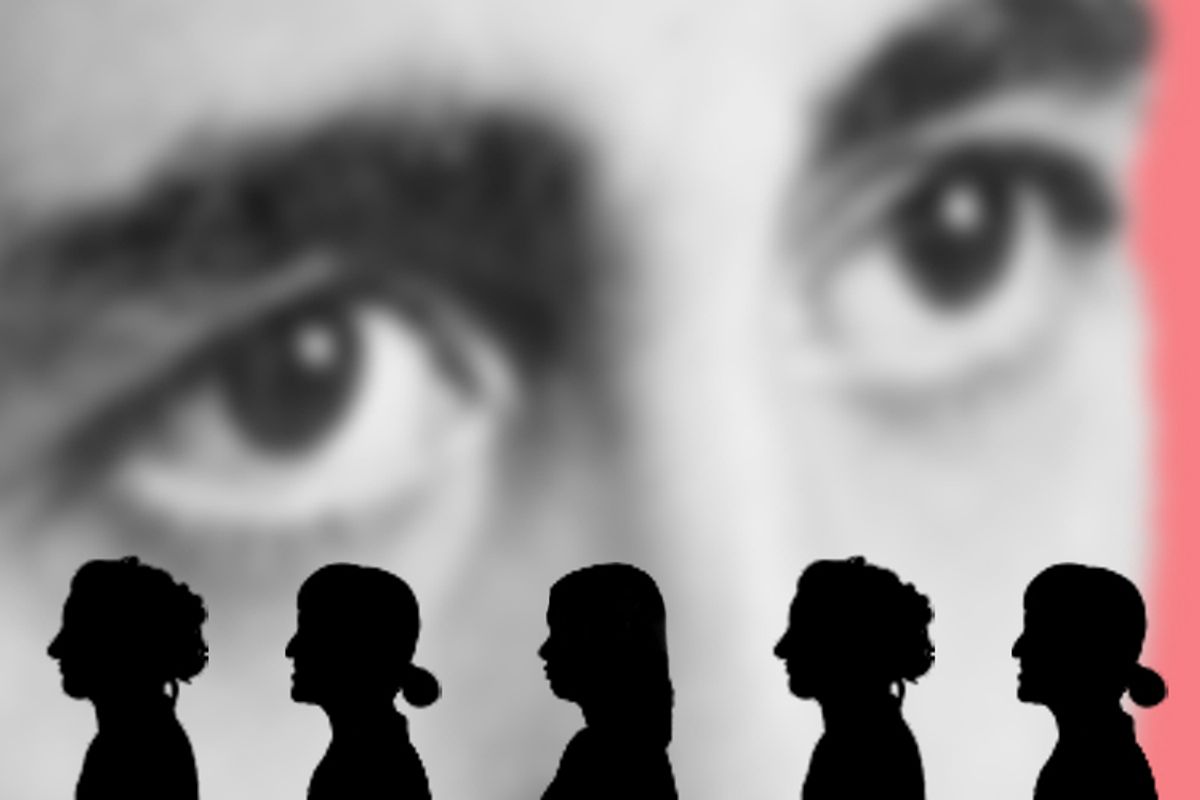 In all of the many heartfelt (and deserved) eulogies about author J.D. Salinger, who died last week at 91, one word appears over and over. It is, of course, "recluse." The headline on the Los Angeles Times blog post about his death read, "J.D. Salinger, reclusive author of 'The Catcher in the Rye,' dies at 91." New York magazine called him "the world's most celebrated literary recluse," and the New York Times said that the author had "lived in seclusion for more than 50 years."

I find these portraits of Salinger as a noble loner curious. They certainly aren't accurate. There is ample evidence that he did not lead a solitary life apart from the rest of humanity. Salinger was married three times, and had numerous other long- and short-term romantic engagements. He seduced Joyce Maynard after seeing her on a magazine cover. He dated actress Elaine Joyce during the 1980s while she was appearing on such shows as "Fantasy Island," "Magnum, PI," "Simon and Simon" and "Murder, She Wrote." He had three grandchildren. He went into New York for dinner with friends. He was apparently active in his community, greeting clerks at the store, attending church suppers and town meetings, and shopping at Price Chopper. He spent a lot of time with his lawyers. And this is just the stuff we know about. One wonders if Emily Dickinson, that other famous literary recluse, now sees how much she could have gotten away with and still maintained her recluse cred.

It's not hard to see why the idea of J.D. Salinger as an asocial genius appeals. Living in a world of tabloid television and gossip Web sites, it is comforting to think of a higher intellect who has rejected it all. Verlyn Klinkenborg's New York Times editorial celebrated this romantic ideal: "There was a purity in Mr. Salinger's separation from the world, whatever its motives, whatever his character. His half-century of solitude and silence was a creative act in itself, requiring extraordinary force of will." Insisting on Salinger's reclusiveness has given us an antihero nearly as influential as Salinger's greatest creation, Holden Caulfield.

But I think there is another, more insidious reason that the literary establishment is so invested in the fictional, reclusive Salinger. It is a convenient cudgel with which to silence any discussion of Salinger's personal life, particularly any revelation of unsavory truths about one of America's most revered authors. Both Joyce Maynard and Salinger's daughter Margaret were vilified for violating the great man's privacy when they wrote about their own experiences with him and exposed his predatory, controlling relationships with women. Instead of exploring the insights these revelations might bring to readings of Salinger's work (not to mention the women's right to tell their own stories), critics dismissed their books as exploitative, attention-seeking stunts. When Maynard decided to sell some of the letters Salinger had written her -- letters that confirmed her story of their affair -- the response was even more bitter. A typical reaction was that of author Cynthia Ozick, who wrote that Maynard "has never been a real artist and has no real substance and has attached herself to the real artists in order to suck out his celebrity." This sort of backlash is not exclusive to Salinger -- when Pablo Picasso's former wives and lovers began to expose him as a physically and emotionally abusive man, they were subject to similar criticisms.

As feminists have long known, the personal is political, and women who tell unpleasant truths rarely find a receptive audience. Anyone who got into an argument about Roman Polanski this past year knows how desperately fans can cling to their icons, despite clear evidence of wrongdoing. Acknowledging the experiences of Margaret Salinger or Joyce Maynard would mean deviating from the Salinger myth. To shut such conversations down, we're told to be rational and to "separate the art from the artist." But those insisting on this separation aren't rejecting biographical details as part of how we understand works of art, they are merely insisting we use their narrative, in order to reach their conclusions.

Continuing to believe in the mythically reclusive Salinger and disallowing the presence of the women in his life doesn't do anyone any good. We need to be able to appreciate art in all of its complicated contexts. Artists -- both men and women -- have personal lives, and they are often messy. Picasso painted compelling portraits of women he had abused. Roman Polanski assaulted a young woman and made taut, thoughtful films. J.D. Salinger went to church suppers and hooked up with actresses. I hope that in the wake of J.D. Salinger's death, his real story can now be told. Let's leave the fiction on the shelf.

Mikki Halpin is a freelance writer who lives in Brooklyn, N.Y. She is currently at work on a book about fandom.

Mikki Halpin is a freelance writer. She has written for many publications, including Glamour, New York, and the New Yorker.