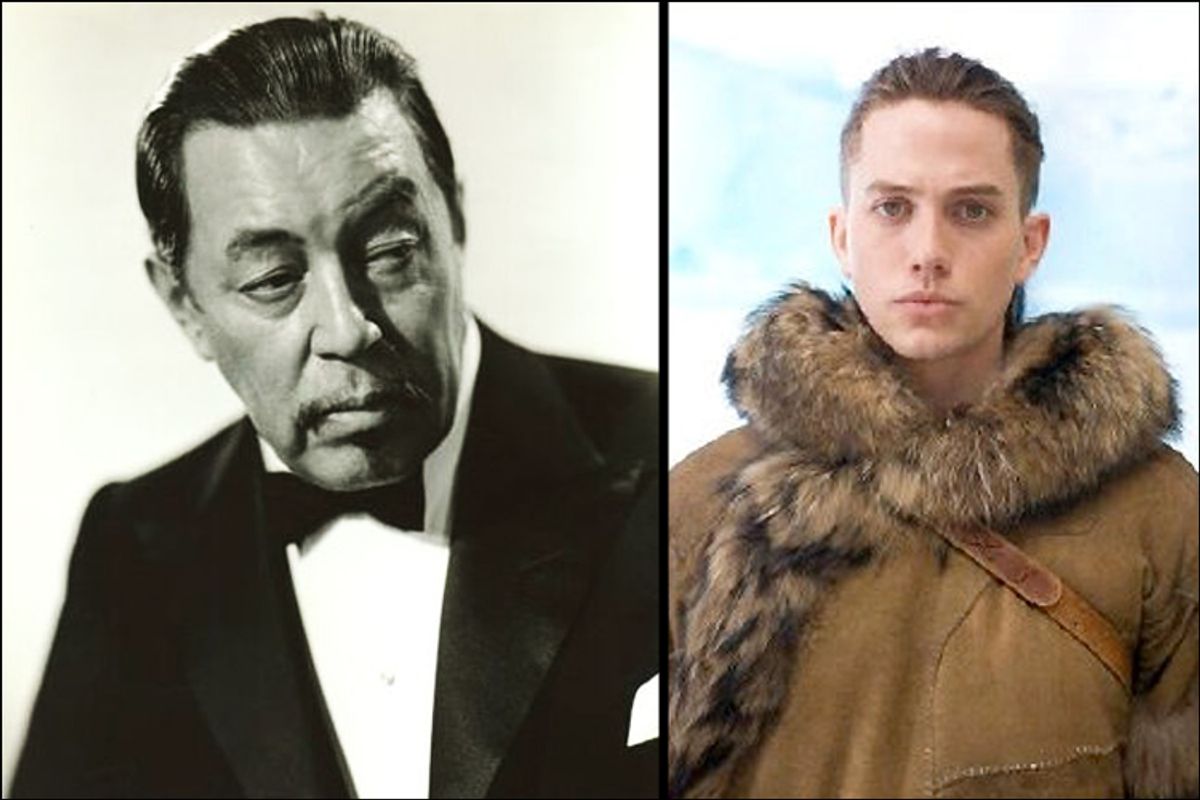 The Super Bowl commercial for M. Night Shyamalan's movie "The Last Airbender" passed with hardly a ripple. The ad-agency guys live-blogging for the Wall Street Journal didn't even mention it; the editors at FoxSports.com of MSN mostly commented on Shyamalan's past flops.

Maybe it's because the "Airbender" spot ran at the beginning, before everyone had settled in with their Cheetos and Doritos.

Or maybe it's because that pompous voice-over drips with cheese -- and not the tasty fake kind that makes Cheetos a guilty pleasure.

What you don't hear much of in all the hype about Super Bowl 2010 commercials is the issue that's dogged Shyamalan's "Airbender" for at least a year: the casting of mostly white actors to play characters that were Asian in the original anime-inspired Nickelodeon cartoons.

Isn't that strange? Well, yes. But I'd be disingenuous if I said I was surprised. Racism is a buzzkill topic in mainstream America.

My 8-year-old son was born in Vietnam, and he's of an age when the clearly Asian-based motifs and heroes of the "Airbender" cartoons matter to him. Because he has white adoptive parents, it's great for him to have Asian heroes to identify with -- Asians who sound like American teenagers.

But the upcoming "Airbender" movie -- it's set to open in the United States in early July -- changes the terms in a depressingly familiar way. There's been plenty of criticism online from Asian Americans and others about this latest example of whitewashing -- or "racebending," a clever play on the magical bending powers the heroes of this fantasy realm have.

The Super Bowl spot for "The Last Airbender" does nothing to assuage the criticism. For example, main characters Katara and Sokka, both played by white actors (Nicola Peltz and Jackson Rathbone), stand with the rest of their water-bending tribe in an icy wilderness complete with Eskimo-like snow houses. In the ad, that image races by with suspicious haste.

But when you look at a still version, it takes on solid white flesh. A post from Racebending.com about the Super Bowl spot compares this Inuit-inspired tableau with scenes from a Charlie Chan movie, in which the white actor playing Chan is surrounded by his fictional family members:

Eighty years later and still people of color are only allowed in the background. An entire tribe populated using extras from Greenland -- a nation that is almost 90% of Inuit heritage -- is championed by two Caucasians.

Again and again, Caucasian performers are deemed the "most capable" to portray stories about people of color -- even if the casting directors have to rig in favor of Caucasian applicants. This is not an isolated incident -- whitewashing is the industry standard, whether a film is based on Asian-inspired fantasy or actual Asian Americans.

Be sure to check out the links above, which will take you to typical casting calls (including for "The Last Airbender") and other background about Hollywood's zeal to paint every hero white.

Meanwhile, Shyamalan recently gave Nicola Peltz as Katara a "rave review" in People: "I told the studio I didn't want to make this movie without her."

You don't have to be paranoid to see the spin: No other actor on Earth could compete. Shyamalan couldn't help himself when he saw her acting splendor. (She's white? Really?) Of course it's not about racism, it's about quality.

Yes, the original Nickelodeon "Airbender" cartoons employed mostly white voice actors. Sometimes Katara and Sokka sound like they wandered in off an "iCarly" set. But when my son watches the "Airbender" cartoons, he sees Asian heroes. They are not just feel-good, we-are-the-world extras in the background -- or worse, karate-chopping villains.

As my family prepares to celebrate the Lunar New Year this weekend -- the beginning of Tet, the most important Vietnamese holiday -- it's disappointing to contend with the same old mixed messages about Asian Americans: Wow, Chinese New Year's parades are so cool! Love the firecrackers! Love the silk robes! But why the heck are their names so hard to pronounce?

Sometimes a picture really is worth a thousand words.