Reports claim Obama kisses up to the bankers in an interview. Critics on the left erupt! Here's why they shouldn't 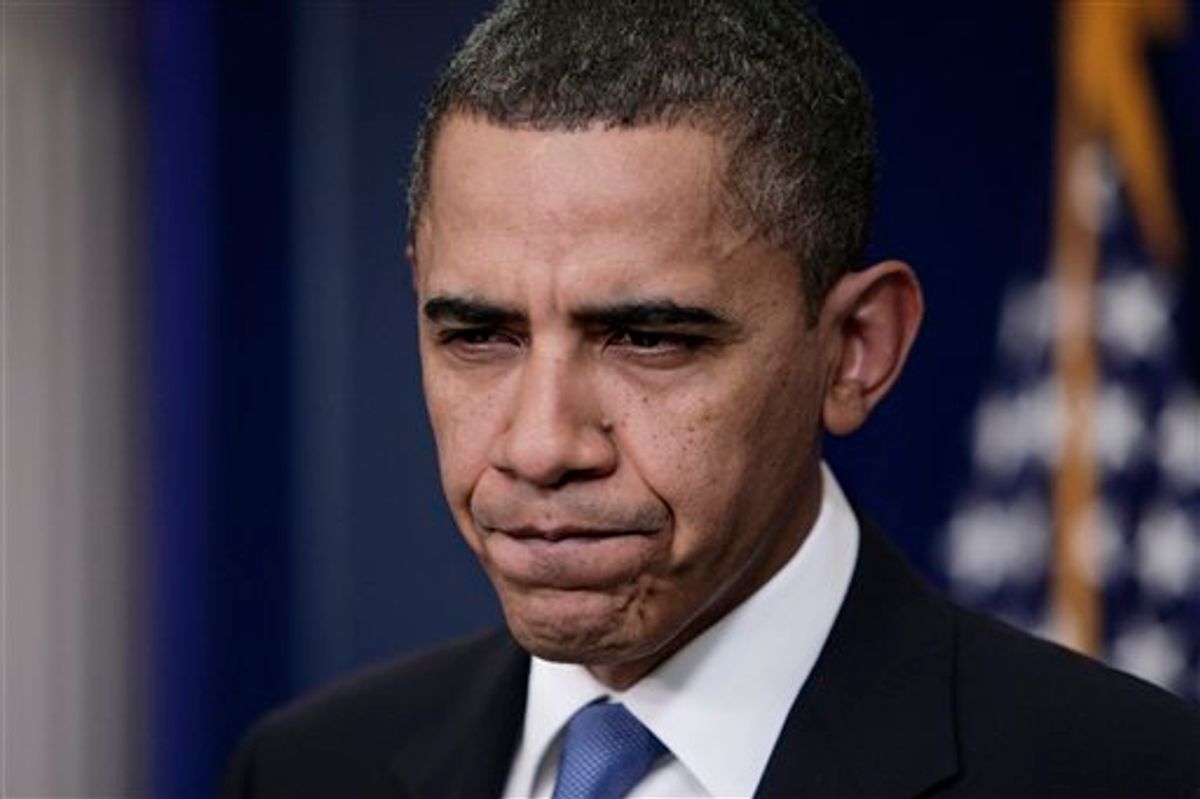 Pretty clever, those Bloomberg folks! First they buy BusinessWeek. Then BusinessWeek gets an interview with President Obama. Then, one day before the interview is to run, Bloomberg scoops its sister publication by excerpting a couple of choice nuggets suggesting Obama is cuddling up to the banks.

"I know both those guys; they are very savvy businessmen," Obama said in the interview yesterday in the Oval Office with Bloomberg BusinessWeek, which will appear on newsstands Friday. "I, like most of the American people, don't begrudge people success or wealth. That is part of the free-market system."

Unsurprisingly, two of Obama's harshest critics on banking policy -- from the left -- immediately went ballistic. Simon Johnson called it "a major public relations disaster" and Paul Krugman, in a post titled "Clueless," said "you would think that Obama would understand the importance of acknowledging public anger over what's happening" and declared that "we are doomed."

Hmm. Maybe we should read the entire interview before rending our hair and screaming doom and disaster? If there's one thing we know about the president, it's that he is pretty good with nuance and capable of making complex, multifaceted arguments. His performance during his meeting with the House GOP two weeks ago should provide all the evidence we need for that.

Sure enough, White House aides promptly released the relevant transcript of the interview, which doesn't sound quite as bad as Bloomberg tried to make it.

Q: Let's talk bonuses for a minute: Lloyd Blankfein, $9 million; Jamie Dimon, $17 million. Now, granted, those were in stock and less than what some had expected. But are those numbers okay?

THE PRESIDENT: Well, look, first of all, I know both those guys. They're very savvy businessmen. And I, like most of the American people, don't begrudge people success or wealth. That's part of the free market system. I do think that the compensation packages that we've seen over the last decade at least have not matched up always to performance. I think that shareholders oftentimes have not had any significant say in the pay structures for CEOs.

Q:  Seventeen million dollars is a lot for Main Street to stomach.

THE PRESIDENT: Listen, $17 million is an extraordinary amount of money. Of course, there are some baseball players who are making more than that who don't get to the World Series either. So I'm shocked by that as well. I guess the main principle we want to promote is a simple principle of "say on pay," that shareholders have a chance to actually scrutinize what CEOs are getting paid. And I think that serves as a restraint and helps align performance with pay. The other thing we do think is the more that pay comes in the form of stock that requires proven performance over a certain period of time as opposed to quarterly earnings is a fairer way of measuring CEOs' success and ultimately will make the performance of American businesses better.

Granted, Obama's endorsement of say-on-pay shareholder voters and pay in the form of stock is not going to satisfy critics who want the big banks promptly broken up. And there's also no doubt that Obama's rhetoric is considerably milder than what he employed as recently as Jan. 21, when he was introducing the "Volcker Rule" and called Wall Street bonuses "obscene."

I welcome constructive input from folks in the financial sector. But what we've seen so far, in recent weeks, is an army of industry lobbyists from Wall Street descending on Capitol Hill to try and block basic and common-sense rules of the road that would protect our economy and the American people.

So if these folks want a fight, it's a fight I'm ready to have.

And my resolve is only strengthened when I see a return to old practices at some of the very firms fighting reform, and when I see soaring profits and obscene bonuses at some of the very firms claiming that they can't lend more to small businesses, they can't keep credit card rates low, they can't pay a fee to refund taxpayers for the bailout without passing on the cost to shareholders or customers -- and that's the claims they're making.

It might be worth noting that both Johnson and Krugman dismissed Obama's words that day as politically motivated. Obama is in a tight spot. When he addresses the nation directly and explicitly acknowledges "public anger" he is dismissed, and accused of not meaning what he says. But when sound bites of an interview are selectively reported, they are taken immediately at face value and interpreted as negatively as possible.

It's a modern American political tragedy. We've got a guy in the White House capable of more nuance than anyone in recent memory, and a political culture that can't deal with any nuance at all.