"Lost": Caught in the maze of questions

The final season of the island thriller unravels in our clutches. So why can't we look away? 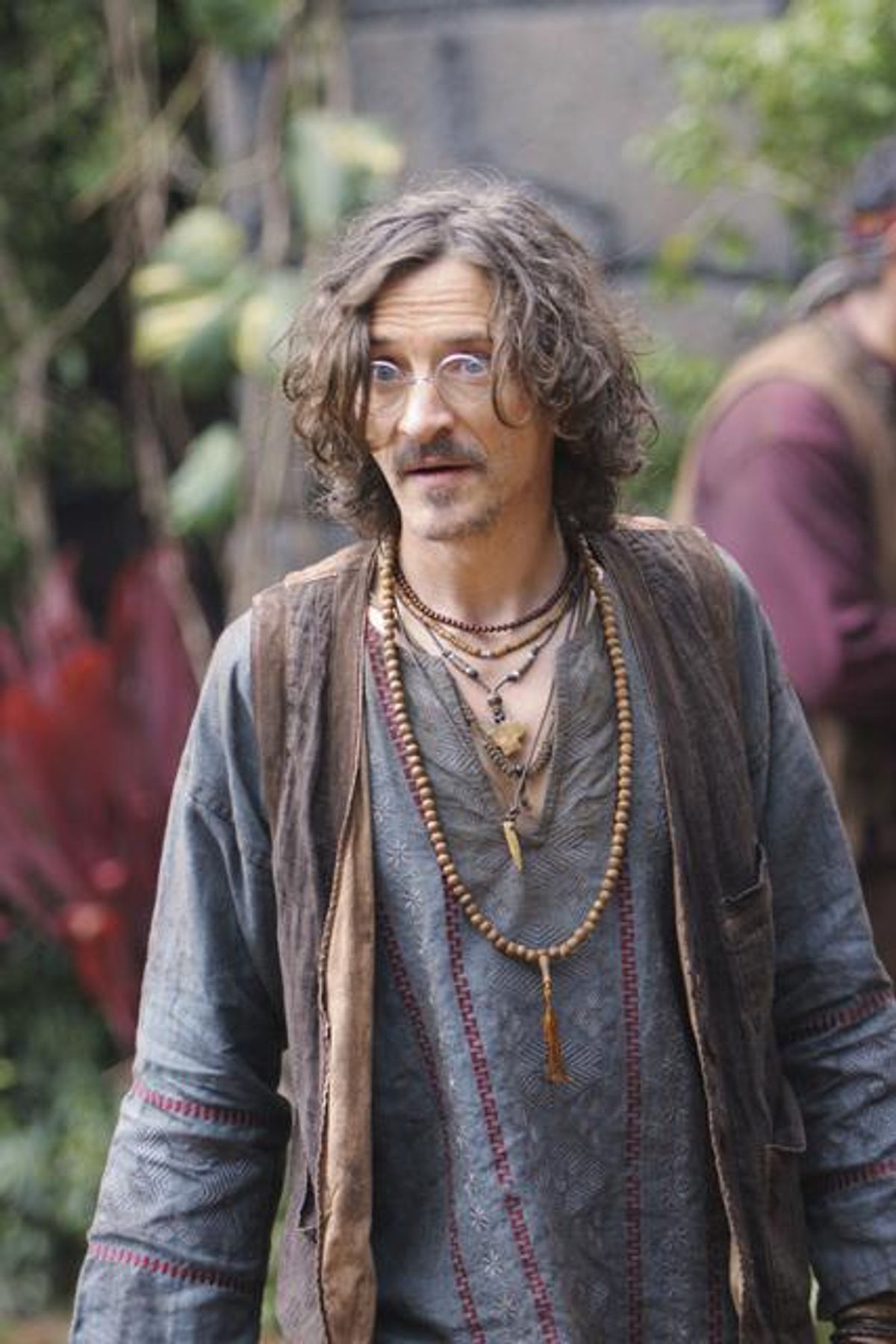 How did a character-driven drama with metaphysical undertones and a sociopolitical allegory at its core slowly devolve into a maze of dead ends and lingering questions? And how is it that every question posed on "Lost" (9 p.m. Tuesdays on ABC) is answered with another question?

These are the questions, questions, questions that haunt us when Tuesday night's second episode of the final season of "Lost" begins – yes – with even more questions: How did Sayid come back to life? "What happened to me?" he asks, and then "Who are these people? What do they want?"

Oh dear. It's the Others (again), and they caught us (again). And just in case the repetitive nature of this show is, ahem, lost on you, the entire episode seems to be made up of nothing but questions.

"Who are you? Why are you holding us here?"

"So did they tell you why they burnt me with a hot poker?"

"Who do you care about, Kate?"

"So, what happened to your handcuffs?"

"Why are they after you? What did you do?"

Of course, after the discovery of the hatch or Charles Widmore's evil corporation or the Dharma Initiative's disturbing experiment, things really had to get simpler. Blaming misguided scientific experiments or some corporation? Maybe in 2005, but these days that stuff is beyond played. It's the bread and butter of "Fringe" and, Christ, "Eureka!" and probably five or six shows on Nickelodeon and ABC Family, for that matter. No, far better just to scrap all of that and go back to the one thing that everyone scoffed at in the very beginning: the smoke monster!

And by the smoke monster, of course, we mean a pure, simple force of evil, now embodied in the dead, eeeeevil Locke. So even as the questions fly about, we're just biding time, because all of the various folds that made this show intriguing – character studies, well-scripted flashbacks, unpredictable power struggles, retro eeriness that conjured up the Milgram obedience experiment – all of these things are flattened out into Good vs. Evil. In fact, everything about the current course of events feels like a retread of a really bad Indiana Jones movie ("Indy, cover your heart!").

So mystical guy/other Other Dogen tortures Sayid as a "test," then admits to Jack that they were planning to poison Sayid:

Dogen: We believe he has been claimed.

Jack: Claimed? By what?

Dogen: There is a darkness growing in him, and once it reaches his heart, everything your friend once was will be gone.

Jack: How can you be sure of that?

Dogen: Because it happened to your sister.

No wonder they, like, totally never, ever got along at all, dude!

OK, sure, he's probably talking about Jack's half-sister, Claire. Another question answered with a question. Claire is evil now? And yes, it's almost enough to keep you watching, if you didn't suspect that, in the end, it will all boil down to explosions, fisticuffs and a few mediocre revelations trumped up to be shocking and weighty. But then, if there was one thing we knew when we started watching this show six years ago, it was that the ending would be a disappointment. That's just the smoke-and-mirrors nature of the smoke monster.

Don't tell that to the promo team at ABC, though. Immediately after the last scene of Tuesday night's episode, we cut to a preview for the next episode with a voice-over that bellows, "This is it! The final episodes of television's biggest phenomenon are here! The time for questions is over!"

Come on, guy. The time for questions is so not over. But you had to go and say that, didn't you? Now we'll tune in next week in spite of ourselves, hoping for some real answers for once, and at the end of another hour, we'll say to ourselves, "Yep. They caught us ... again."