Climate scientists lulled us into a false sense of security, letting nature carry out its snow-based terror attack 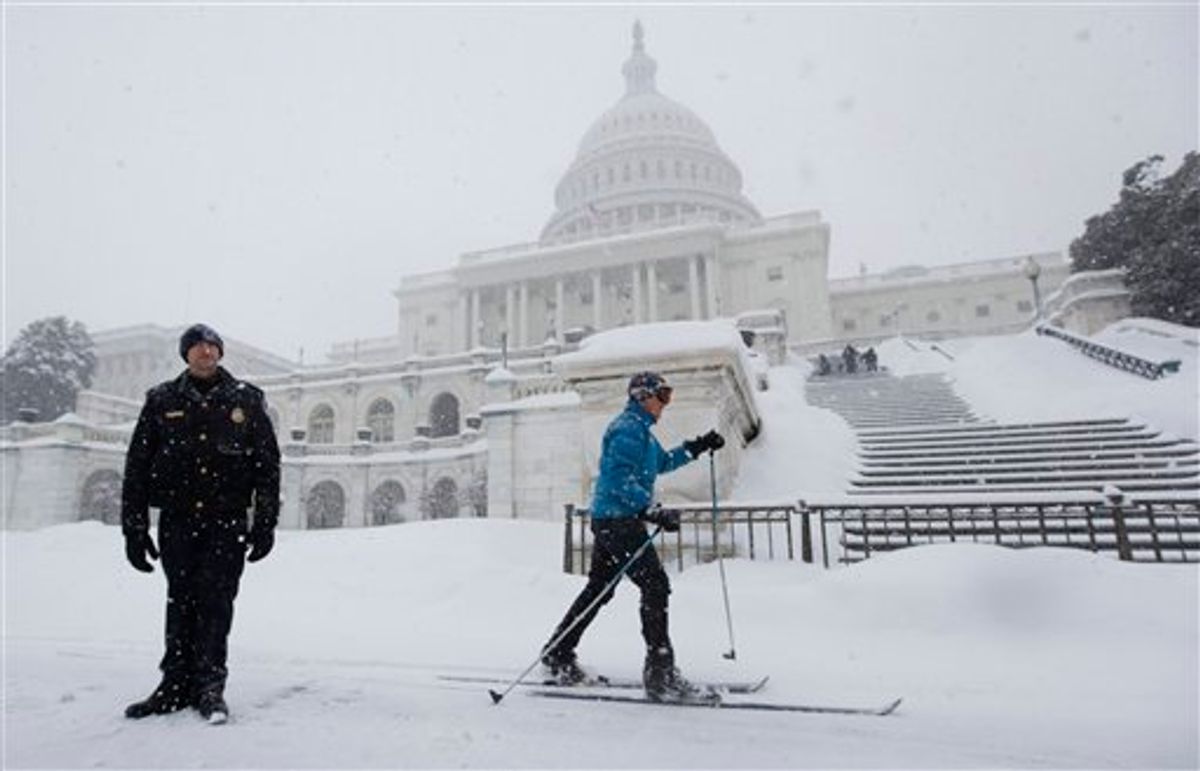 If you’re like a lot of Americans, you’re currently trapped in your house by a pile of snow between two and four feet. You’re living off of canned food and hoarded snacks. And, of course, you are seething with anger at former Vice President Al Gore.

I jest, but only a little. The Gore bit is the basic gist of the argument emanating from some quarters of the right, now that the federal government has been shut down by a series of powerful winter storms.

Before the first storm, last week, the Virginia Republican Party put out an ad urging constituents to call their Democratic representatives to complain about the global warming hoax. Suggested the ad, "Call Boucher and Perriello and tell them how much global warming you get this weekend. Maybe they’ll come help you shovel." (Hat tip to Think Progress.)

Naturally, in the face of such trenchant criticism, the Democrats are giving up. Senate Energy Committee Chaiman Jeff Bingaman, D-N.M., more or less conceded the debate to the igloo: The snowstorm, he said, may be the final nail in the coffin of environmental legislation this year. At least Inhofe is getting a laugh.

Meanwhile, as Think Progress' Brad Johnson explains, there is no scientific sense at all in this idea. In fact, it’s pretty clear that climate change increases the frequency of severe winter storms by causing greater precipitation. Average temperatures are going up -- we just had the warmest January on record -- but it’s still easily cold enough that heightened levels of precipitation mean big blizzards.

Moreover, there's a basic logic problem with the anti-warming argument here; global warming is, well, global. And it's a general trend. You can't pick out a single weather event and argue either way any more than you could pick out the Washington Generals' lone win and argue that they're the world's greatest basketball team.

But hey, it wouldn’t be modern Washington if evidence of a worsening problem weren’t being flung against the only people with a viable solution as proof of their deceit.