Behind Liz Cheney's group, a weird legacy of torture 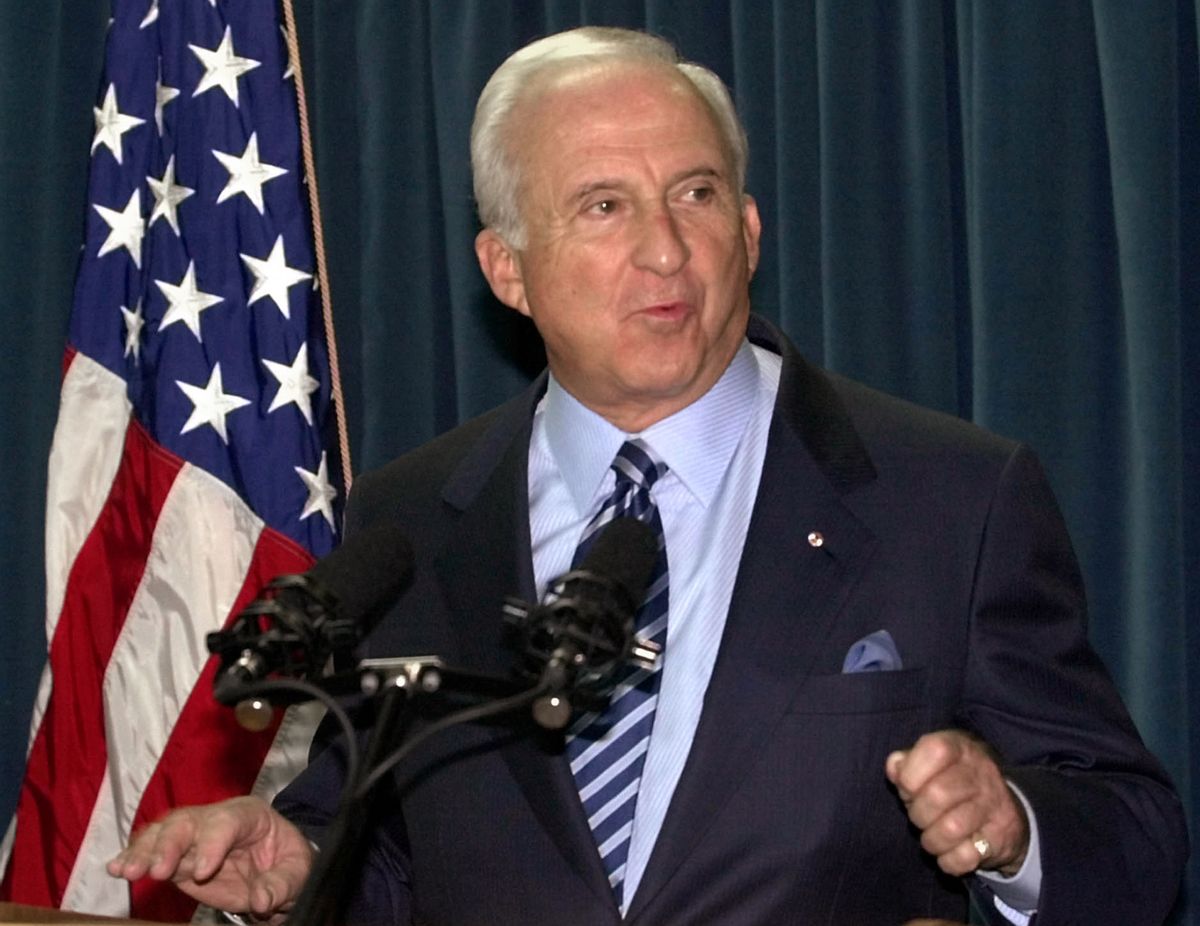 The arrest of an Army sergeant (and Iraq veteran) who allegedly waterboarded his 4-year-old daughter for failing to recite the alphabet is sickening. Yet it may be the kind of news we must come to expect if, as a society, the United States determines that torture is an acceptable method of securing information and inducing obedience. Physical abuse of children is nothing new, of course,  in certain right-wing quarters, as Max Blumenthal reminded us by exposing the pedagogical sadism of Focus on the Family in Republican Gomorrah.

For a sergeant who tortures his child, however, the relevant model probably comes from somewhere high in the chain of command. At the center of today’s propaganda promoting the torture state are former Vice President Dick Cheney, his family and many of his friends, working through an organization called Keeping America Safe that is run by his daughter Liz Cheney. The financier behind that outfit is one Melvin Sembler, a curious character whose résumé indicates that he is all too familiar with the "enhanced interrogation" of children.

Sembler is best known as a Florida shopping center magnate and Republican fundraiser whose success in amassing funds for the Bush family won him two ambassadorial appointments. Such patronage is a sordid aspect of national politics, but seems trivial when compared with the truly dark side of Sembler’s biography. Long before he achieved prominence in national politics, he was the driving force in the "boot camp" movement that popularized the use of psychological and physical abuse of "troubled" children and teenagers.

His own creation was a federally funded outfit known as Straight, Inc., which eventually fell apart amid multiple lawsuits and accusations of torture by teenagers abused in its secretive facilities.

The  best reporting on Straight’s frightening history in recent years has appeared in Reason, the libertarian magazine, under the byline of Maia Szalavitz. Some of the techniques that eventually brought Sembler’s organization to the attention of law enforcement authorities will be eerily familiar to anyone who remembers what happened at Abu Ghraib:  humiliating punishments, broken bones, starvation, sleep deprivation, stress positions, verbal assaults, eight-hour sessions of questioning, and so on.

According to Szalavitz, "Straight’s national clinical director ... admitted to authorities in 1982 that he had kept teenagers awake for 72-hour periods, put them on peanut butter-only diets, and forced them to crawl through each other’s legs to be hit in a 'spanking machine' ...  Straight ultimately paid out millions of dollars in dozens of lawsuits related to abuse and even kidnapping and false imprisonment of adults."

Eventually Straight  crumbled amid those multimillion-dollar settlements,  newspaper exposés and government probes, thanks to the activism of Richard Bradbury, a young man whose experience resembles the stories of innocent Iraqis who were caught up in the torture machine over there.

Again according to Szalavitz, Bradbury "was forcibly enrolled in the program in 1983, when he was 17. His sister had had a drug problem, and Straight demanded that he be screened for one as well. After an eight-hour interrogation in a tiny room, Bradbury, who was not an addict, was nonetheless held. He later described beatings and continuous verbal assaults, which for him centered on sexual abuse he’d suffered as a young boy. Staffers and other participants called him a 'faggot,' told him he'd led his abusers on, and forced him to admit 'his part' in the abuse."

Of course Sembler, like his pal Cheney, will never admit that anything went wrong with his grisly enterprise. When last heard from, as ambassador to Italy, he still listed his affiliation with Straight on his  official State Department profile as a matter of personal pride. Just another exemplar of Cheney family values.