Why does Judd Gregg build the White House up just to let it down and mess it around? 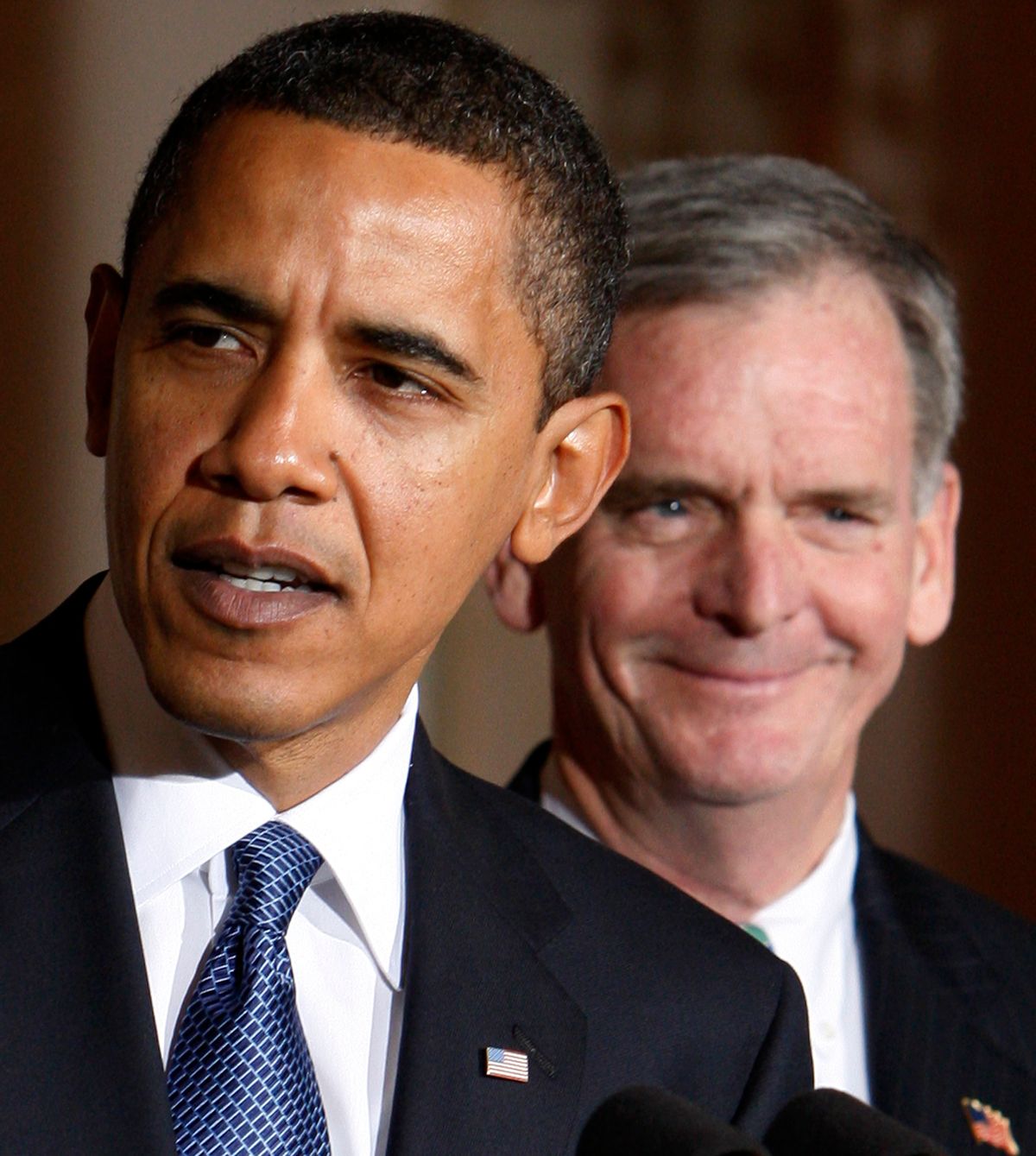 In certain circles in Washington, you find a funny kind of cynical naiveté about the way the government works. It goes a little something like this: The party system is gridlocked by dogma and partisan cravenness -- so the only way forward is for both parties to rebuke their constituent special interests and come together in noble, self-sacrificing compromise.

Politico, although just a couple of years old, already exhales D.C. insularity with its every breath. And today, it's got an article that perfectly captures the cynically naive phenomenon. Reporter David Rogers puzzles over whether President Obama can find a new partner in Sen. Judd Gregg, R-N.H., under the headline, "Can Judd Gregg help White House Save Health Bill?"

First line: "Is Judd Gregg a tease or a real potential partner for President Barack Obama in trying to salvage some health care reform in this Congress?"

Let's go ahead and take a stab at that one: He's a tease. You can tell by the way he's not interested in helping Democrats enact any of their proposals. Classic giveaway.

Rogers runs through Gregg's various ideas and propositions for healthcare reform. The guy is, after all, a former chairman of the Senate Budget and Health, Education, Labor and Pension committees. Surely, he knows his stuff. Gregg, apparently, is interested in a sharply scaled-back approach, which would focus on preventive care and catastrophic coverage for families.

In a letter to the president outlining his own ideas, Gregg warned that the bills already passed by both houses of Congress couldn't be the basis of a compromise with the GOP. This is a nice way of saying exactly what Republican leaders have been harping about for weeks: Start over, and we might play ball.

It's funny how Democrats spent the better part of last year assiduously trying to court Republicans to compromise, and found them completely unwilling. Instead, we get guys like Gregg, who seem to think that compromise would consist of the White House and congressional majority abandoning their own preferences wholesale and adopting Republican ideas instead.

So Gregg’s behavior is unsurprising on that count. By offering a proposal to substitute for the Democrats' ideas, rather than augment them, he’s continuing to act the way every Republican senator has for almost a year now. Rogers writes in Politico, "His approach is sure to face criticism for being too late and too small bore." I wonder why that would be.

But it’s also unsurprising coming from Gregg, in particular, because the guy just has a history of being a jerk to the White House. Most famously, he accepted the president’s nomination to be Commerce secretary, then backed out shortly afterward. Gregg claimed to have discovered, in the intervening two weeks, that the White House was pursuing a left-wing agenda he couldn’t support.

"I'm a fiscal conservative, as everybody knows, a fairly strong one," said Gregg. "And it just became clear to me that it would be very difficult, day in and day out, to serve in this cabinet or any cabinet." Apparently, he couldn’t be bothered to ask that stuff, or do some basic reading up, before accepting the job.

If he couldn't be in the president's Cabinet, the next-best option for Gregg was apparently to harass the White House. In September, just as the Gang of Six bipartisan negotiation process was wrapping up, Gregg said, "The White House has to first incentivize, or at least give its imprimatur of authority, to a bipartisan negotiating group. I do think the opportunity is sitting there -- and has been literally in the Senate for six months." That's literally a description of what the White House had just done, in the form of a demand that they do it. How helpful.

In early December, he produced a memo showing how the GOP could more or less shut down the Senate to stop healthcare from passing. And by the end of the year, when the House and Senate were actually voting to pass reform, Gregg was warning the National Review Online, "An ideological supermajority in Congress, along with a government run by community organizers, has taken over." He darkly intimated that we are heading for "banana republic status" and that the Senate healthcare bill "was purchased." And the coup de grâce? "Our system of checks and balances is gone. We now have a government that lurches with great speed even though our system is founded upon incremental change."

So there you have it. The problem with healthcare reform, according to Gregg, is that this year-long process has been much too fast. The author of the memo on how the minority party can block action indefinitely thinks that our system of checks and balances has disappeared. Can you smell the compromise?