Sarah Palin: Still not going to be president

She may be a tea-party darling, but a new poll suggests she's not winning a national election any time soon 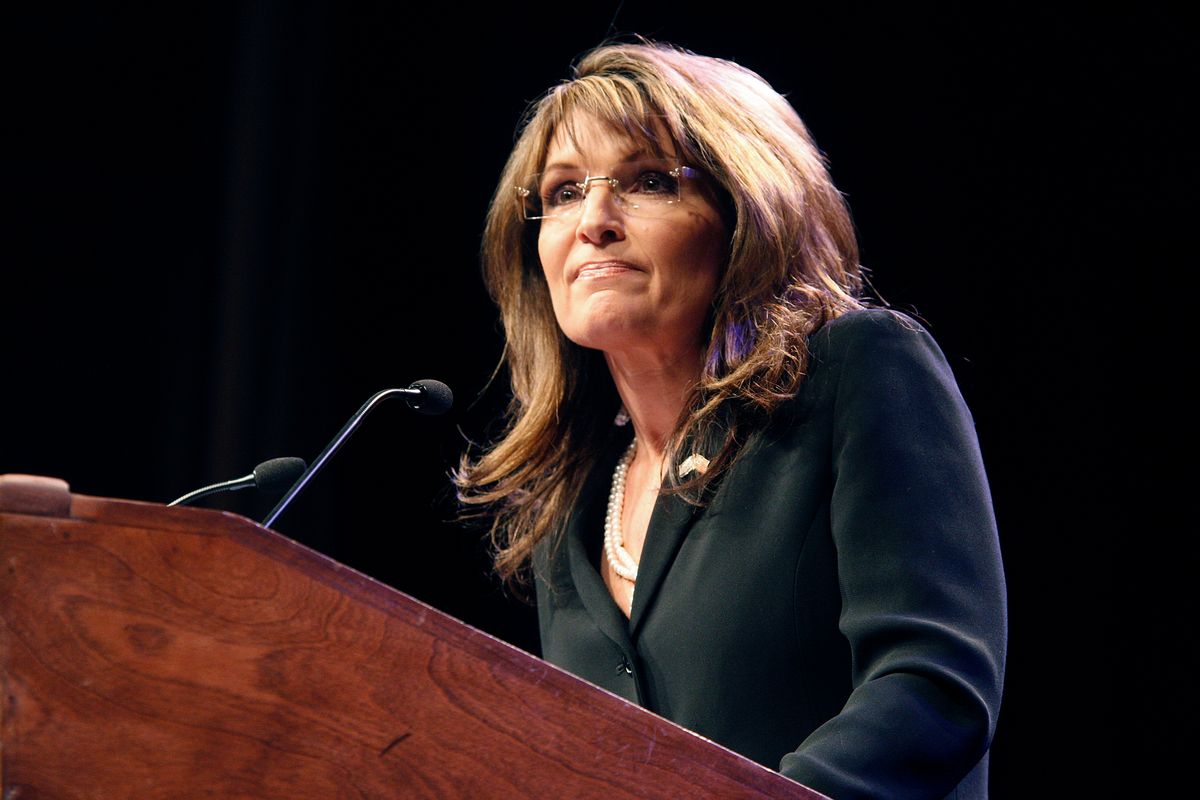 So, Sarah Palin said on Saturday that she'd totally consider running for president in 2012, and I yawned. I mean, I giggled a little, and then I yawned, which is the same reaction I've had everytime someone involved in the World Wrestling Federation has declared for office. Then, for a day or two, as the Internet burbled with speculation and as David Broder warmed up his pen, I wondered if maybe I'd missed something -- like all of the other eligible Republican candidates swearing they'd sit 2012 out. But since Tim Pawlenty was still standing, I felt confident this wasn't the case. So why was everyone interested in Palin '12? Couldn't they see what a hoax this was?

Today I got my answer.

The Internet is (finally? again?) throwing an Anti-Palin Party. First, there's this woo-hoo poll that says Sarah Palin isn't so beloved (and is certainly not trusted) by the American people, unless you define "American People" as "three crazies who like tea." The Washington Post not only published a David Broder love letter to Mrs. Palin today, it published some poll results:

Although Palin is a tea party favorite, her potential as a presidential hopeful takes a severe hit in the survey. Fifty-five percent of Americans have unfavorable views of her, while the percentage holding favorable views has dipped to 37, a new low in Post-ABC polling. There is a growing sense that the former Alaska governor is not qualified to serve as president, with more than seven in 10 Americans now saying she is unqualified, up from 60 percent in a November survey. Even among Republicans, a majority now say Palin lacks the qualifications necessary for the White House.

As Ta-Nehisi Coates points out, that means Palin's running worse numbers than that divisive, devilish Hillary Clinton ever did:

To put this bluntly--Sarah Palin is more hated than Hillary Clinton at any point in Clinton's political career, and yet engenders very little of the love that made Clinton a political force.

Things can be put even more bluntly than that, for which we must turn to Joe Biden, Vice President of the United States and Gaffestan, who said this very clearly in that folksy way of his: "Governor Palin appeals to a group of people who are generally frustrated, feel disenfranchised, are very conservative... Tea Party people, but beyond that. She has appeal beyond that as well. But I don't know that it represents anything approaching a significant portion of the population.”

The difference, of course, between Joe Biden's folksiness and Sarah Palin's is that sometimes Joe Biden knows what he's talking about. God love 'im. Remember when everyone on the campaign thought it was going to be Joe Biden who was more prone to embarrass his ticket? Oh ho ho. I love a good proved-'em-wrong moment.

Better than all of this, though:  Someone went on Larry King's show (which was minus Larry King, so at least some things are staying normal) and tried to summon the Ghost and Spirit of Ronald Reagan by invoking his name in defense of the Great New Governor Maverick. Sadly, this failed, because sitting next to said summoner was Ronald Reagan's actual, living son, Ron Reagan Jr., who took the opportunity to call crazy where he saw it.

The entire exchange is worth reading, but a quick summary goes like this: Ron Reagan Jr. says his father would not have liked Sarah Palin "because she doesn't have a thought in her head." Pam Geller says this isn't true, that President Reagan would have loved her, and RR Jr. says maybe Pam sholdn't talk about a guy she never met. The satisfying point comes at the end:

Reagan: Is Pam still blathering about me and my father? Oh, you are. You still haven't met him, though, right? You still didn't know him, so you're just sort of making things up as you go along, right?

Oh, yes. Now we have people -- let's call them Palinites -- who have moved beyond just questioning people's patriotism when they disagree. They now question family relationships. Yes, friends, what we've known all along is finally be played out on the bigger screen: to believe in Sarah Palin, you must reject facts and rewrite history.

Luckily, it looks like maybe only a small segment of the country is willing to do that. I'm getting around to making the very same point that TNC made in his post, which is this: Sarah Palin is not a major political force. She is the political equivalent to "I'm not a doctor, but I play one on TV." Which, by the way, she does now: she plays a political leader on TV, paid for by Fox. She is not now, nor does it seem she ever will be, a real political force in America.

TNC has said he's going to stop treating her as such; I feel it's time I do the same. I'm turning off The Sarah Show except as entertainment. If America doesn't take her seriously, why should I?