With threat of recess appointments looming, 27 nominees confirmed in one fell swoop 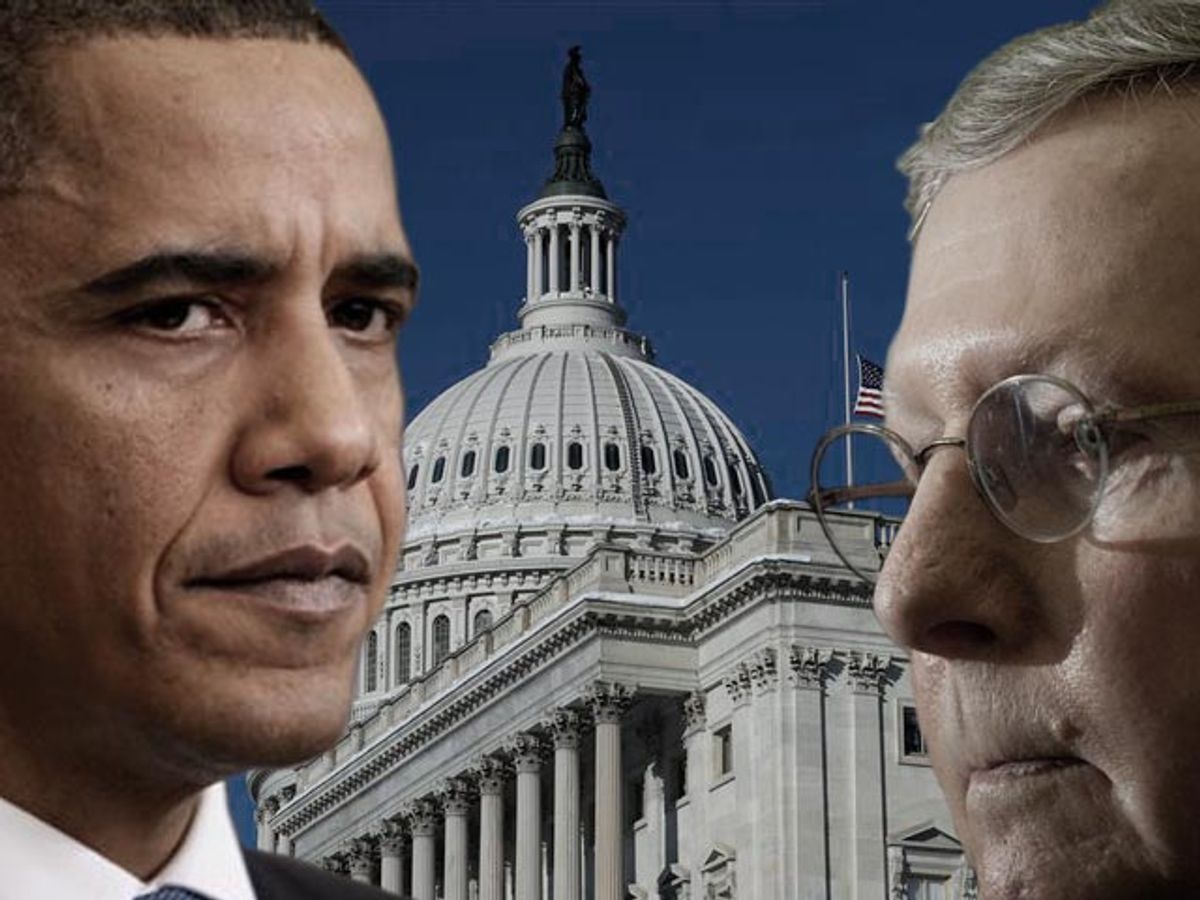 It's no secret that Senate Republicans have proven remarkably adept at keeping President Obama's agenda, and his nominees, bottled up, and that they managed to do so even when Democrats had a theoretically filibuster-proof majority. But the war over Senate obstruction is really starting to heat up now, and Obama just won a big battle in it.

Thursday, the Senate confirmed 27 of the president's nominees in one batch. The White House quickly put out a triumphant statement from Obama, who attributed them to his having told Senate Minority Leader Mitch McConnell "that if Republican senators did not release [their] holds, I would exercise my authority to fill critically-needed positions in the federal government temporarily through the use of recess appointments."

The statement concluded with more fighting words: "While this is a good first step, there are still dozens of nominees on hold who deserve a similar vote, and I will be looking for action from the Senate when it returns from recess. If they do not act, I reserve the right to use my recess appointment authority in the future."

Politico's Mike Allen has a little more detail on what exactly went on between Obama and McConnell during a meeting on Tuesday; he reports, "'Mitch, this is unprecedented,' the president said, gesturing forcefully on the Cabinet Room table, according to aides. 'If you don’t move any, I’m going to do some [recess] appointments.'"

The thing to watch now is how Senate Republicans react to the way the White House is playing this. They're already pushing back on the idea that they blinked; fear of looking weak again could certainly re-stiffen their resolve to hold every inch of ground.