A life he never wanted for himself 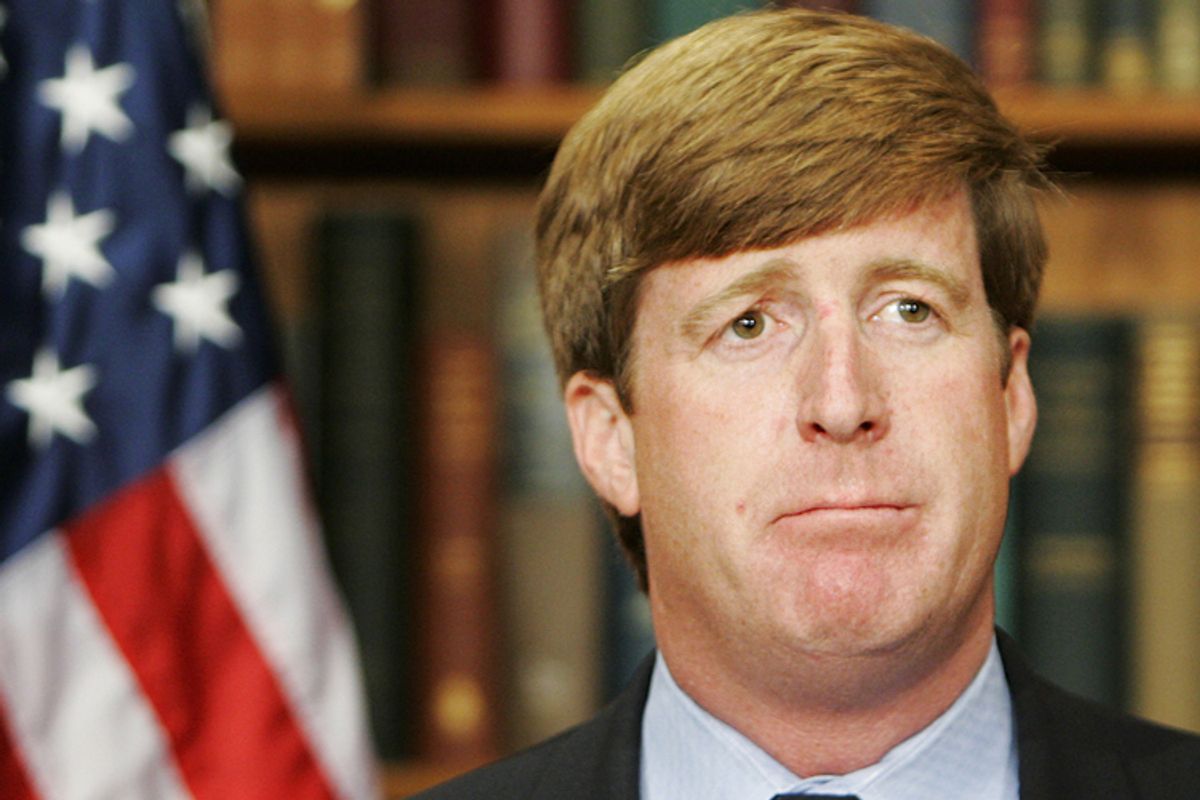 In 2006 Rep. Patrick Kennedy, D-R.I., announced during a news conference that he was entering treatment for addiction to prescription pain medication.
--

For Patrick Kennedy, the hundreds of political groupies who have followed him, and the scores of political hacks who, for generations, have gotten fat at the Kennedy trough, Feb. 12, 2010, will be remembered as the day Ted's dream finally died after all.

Sure, the work will go on, and the causes will endure, but the hope is on life support, and for Patrick, at least, the road to serenity is not paved with more terms in Congress. At last Patrick can move away from a life he probably never wanted, likely did not choose for himself, and definitely wasn't very good at.

When the news first leaked about Kennedy's scheduled announcement on Sunday, Feb. 14, when the congressman will publicly confirm he will not seek reelection, my phone started ringing and my e-mail box filled up. People were apparently curious about my reaction to Patrick's decision, given our public history.

That history sprang from my ongoing "bit" on talk radio during my 13-year tenure in that medium. I christened him the "Congressboy" when he first ran against Dr. Kevin Vigilante, and I chose "The Wizard of Oz's" "If I Only Had a Brain" as young Kennedy's personal theme song. Josh Seftel's Emmy-award-winning 1996 documentary, "Taking On the Kennedys" featured me interviewing (and supporting) Vigilante while "I Want to Be Around to Pick Up the Pieces" played in the background. (At a filming at the Boston Museum of Fine Arts, that scene got a standing ovation.)

As decent and as well-meaning as Patrick Kennedy seemed to most of us, he was never taken seriously as a congressional representative. At first he wasn't old enough, or mature, or seasoned enough. Then he wasn't articulate or knowledgeable enough. Eventually he wasn't sober enough.

But the giant engines of the Kennedy machine -- from Hyannis to Washington, D.C.  -- endlessly pumped political helium into Ted's son's image, trying to make it float above the fray. The Chappaquiddick sins of the father were never visited on this son, but Ted's extraordinary (and ruthless) power and influence did shield his son in the bloody arena of national politics.

Patrick moved up in the D.C. pecking order, but his record as a lawmaker was less than stellar. His singular achievement remains his successful drive to equate mental illnesses with physical illnesses in the eyes of insurers and government. Ironically, that accomplishment will also be a permanent monument to young Kennedy's own struggles with alcoholism and other drug addictions. In Washington, those in the know always waited for more shoes to fall.

And fall they did. There was a confrontation (and lawsuit) involving an airport security guard in L.A., a damaged yacht following a tiff with a female companion, a 3 a.m. traffic accident Patrick could not recall later, and the revolving door of assorted rehab stays, to name a few. And these are only the incidents we know about.

What we do not, and may never, know (and what may also be none of our damn business) is the actual hell Patrick Kennedy has likely endured because of his father's dream for him. Smart money bets that Patrick never wanted a career in politics, and even casual observation confirms he lacked the love for politics great politicians must have. What seemed a personal indifference to the office and its demands masked what amounted to indentured servitude in the vineyards forced on Patrick by his father and the "Kennedy legacy."

Now, at 42, his father, grandfather and uncles all dead and unable to further force their will on him, Patrick Kennedy has shown a wisdom, courage and serenity unseen until now. At last he is able to accept the things he cannot change, change the things he can, and, wisely, know the difference.

Good luck, Congressman, and may the road rise up to meet you and the wind be at your back, as the Irish say.