It's time to get serious about the budget 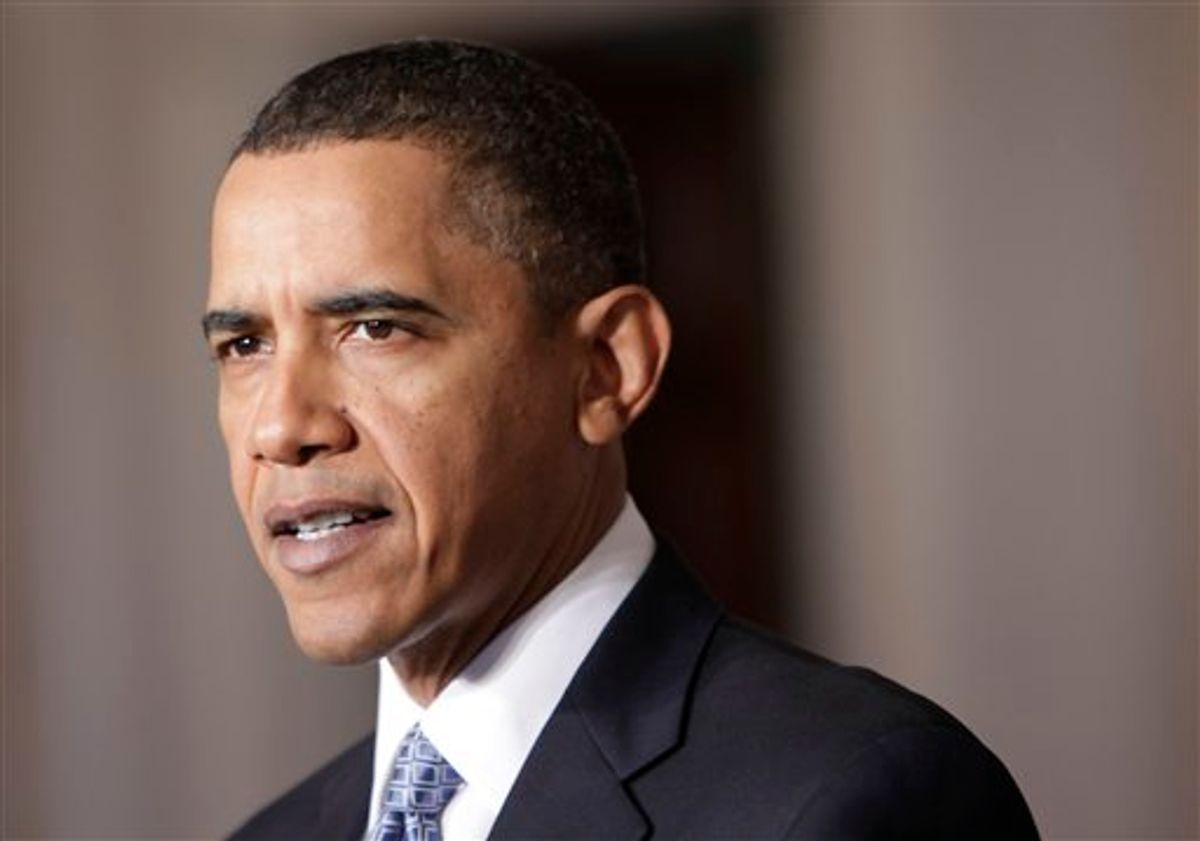 President Barack Obama delivers a statement on his budget that he sent to Congress, Monday, Feb. 1, 2010, in the Grand Foyer of the White House in Washington. (AP Photo/Pablo Martinez Monsivais) (AP)
--

Last month, President Obama proposed to freeze government spending on everything other than defense, veterans’ benefits, homeland security, Medicare and Social Security. The New York Times reported that administration officials depicted the initiative as proof of the president's "seriousness about cutting the budget deficit."

Such spin may fly in Orwell’s Oceania or Washington, D.C., but if you happen to live in the real world, basic arithmetic tells a far more accurate tale about what is "serious" -- and what is not.

Had this plan been part of a government-wide belt-tightening effort, the White House might have been able to call itself "serious about cutting the budget deficit" anywhere other than in a fantasy land. But the announcement came as Politico reported the administration was telling defense contractors of its commitment to "steady growth in the Pentagon's budgets" -- budgets so distended by wars and outdated weapons systems that they now top $700 billion a year.

The good news is that House Speaker Nancy Pelosi says she does "not think the entire defense budget should be exempted" from deficit-cutting initiatives, and rightly so. Short of eliminating every department in the non-defense discretionary budget (Education, Health and Human Services, Labor, to name just a few), she knows there's not enough money in that budget category to dent the deficit. She understands, in other words, that getting "serious" about deficit reduction means beginning the frank conversation about Pentagon bloat that the White House refuses to initiate.

That, of course, gets to the bad news about what Obama's budget freeze proposal is actually "serious" about reducing -- not deficits, but honest discussion.

For 30 years, Republicans and conservative Democrats have precluded factual debates about spending priorities. They’ve done this for three reasons: They seek to protect defense-industry campaign contributors; they fear an electoral backlash against cuts to mandatory programs like Social Security and Medicare; and they are afraid to antagonize the wealthy with pragmatic tax legislation to shore up these mandatory programs (for instance, they avoid bills that would apply Social Security taxes to all income -- not just income below $106,000).

Hence, these lawmakers deviously portray non-defense discretionary programs as the cause of our deficit. Their favored instrument of deceit is the malicious tale of loafers supposedly getting rich off these programs and driving us into debt -- the tale that Obama's budget proposal implicitly reinforces.

These fantasies, no matter how untrue, achieve two objectives: 1) They get the middle and working classes fighting each other for budgetary scraps, rather than fighting the plutocrats feasting on real budget meat, and 2) they lobotomize the electorate.

A new Rasmussen survey tells that latter story: When asked if they believe that defense, Social Security and Medicare alone now comprise half of all federal spending, 20 percent of Americans said they did not know, and 44 percent said no. That's two-thirds of national poll respondents too brainwashed to realize the truth -- too blinded by mythology to accept that most federal spending has nothing to do with the non-defense discretionary programs that Obama and his Reaganite predecessors have cited as a prime deficit culprit.

Thus, even if Congress rejects this particular budget freeze proposal, long-term damage has already been done. In adding a Democratic president's name to deceptive propaganda, Obama has helped perpetuate mass ignorance by short-circuiting the national discussion we need to have -- the discussion about taxes and defense spending that the country requires and the deficit demands.