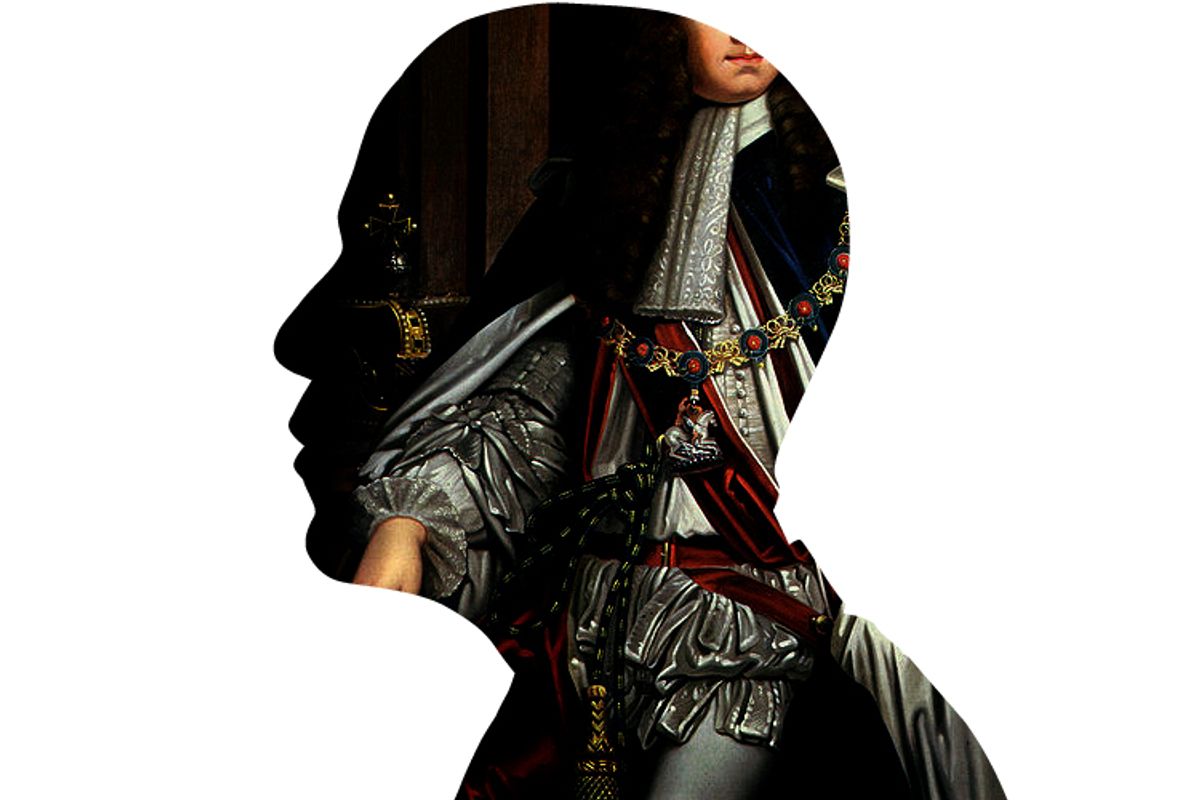 The tea party movement may have been started by Washington lobbyists, but it has tapped into a powerful strain of American political culture — a strain that has always presented an obstacle to reform in the United States.

American political culture was British before it was American. During the English civil war of the 17th century, two themes crystallized — and have influenced American public discourse to this day. One was the idea of the Ancient Constitution. The other was the idea of the True Religion.

Many British opponents of the Stuart monarchs claimed that they were defending an ancient, unwritten English constitution against corruption in the service of tyranny. Sometimes this ancient constitution was identified with the laws of the Anglo-Saxon King Alfred, and contrasted with the "Norman yoke" imposed on freedom-loving English people by William the Conqueror and his despotic successors after the Norman invasion of Britain in 1066. As history, this was nonsense, but as political mythology this narrative had enormous appeal. History was viewed as a gradual decline into tyranny, a long fall following a golden age of English liberty in the distant past.

This myth of primordial English liberty rhymed neatly with radical Protestantism. According to dissenting Protestants, the true church was the earliest church. Christianity had been corrupted over time, and Reformation required a restoration of the early, pure practices and beliefs of the apostles.

Put the myths of the ancient constitution and the early church together, and you have a view of history as decline from an original state of perfection, in politics and also in religion. Innovation is equated with tyranny in politics and heresy in religion. Virtue consists of defending what is left of the old, more perfect system and, if possible, restoring the original government or church. Progress is redefined as regress — movement away from the wicked present toward the pure and uncorrupted past.

This way of thinking is more or less extinct in Britain, its original home, but it became an important part of the political culture of the British North American colonies that won their independence from the mother country. Having become Americans, the former British colonists found it easy to replace the ancient constitution of the virtuous Anglo-Saxons with the 1787 constitution of the virtuous Founding Fathers, who were quickly elevated to the status of demigods like the legendary King Alfred.

Anglo-American Protestants viewed Catholicism as the chief enemy of the "true religion" of Protestant Christianity well into the 20th century, and some still do. But in the mythology of the reactionary right, the United Nations has long since replaced the Vatican as the center of global conspiracies, and the alleged Catholic threat to Protestantism has been replaced by the alleged "secular humanist" threat to the "Judeo-Christian tradition."

This is the key to understanding the otherwise inexplicable accusations by the populist right that Barack Obama is a socialist or fascist or whatever, as well as fantasies about a global secular humanist conspiracy. We are dealing with a mythological mentality, based on simple and powerful archetypes. Contemporary figures and current events are plugged into a framework that never changes. "King Charles (or King George) is threatening the rights of Englishmen" becomes "Barack Obama is promoting socialism" — or fascism, or monarchism, or daylight saving time.

As in other cases of mythological politics, like messianic Marxism, this kind of thinking is resistant to argument. If you disagree, then that simply proves that you are part of the conspiracy. Inconvenient facts can be explained away by the true believers. It's hard to come up with arguments that would persuade people who think that Harry Reid and Nancy Pelosi are totalitarians to change their mind.

Nevertheless, progressives cannot cede the high ground of debate over first principles to this kind of reactionary, paranoid populism and fight instead in the swampy terrain of utilitarian social science. In a debate for the hearts and minds of the American people, Ron Paul will defeat Peter Orszag every time.

Against this backward-looking version of Americanism, rooted in early modern British fantasies about the ancient constitution and true religion, progressives must deploy a counter-narrative that is equally rooted in American values. The ideas of natural rights and popular sovereignty are, if anything, more fundamental to American political culture than the idea of political or religious golden ages in an idealized past. But natural rights and popular sovereignty can be invoked on behalf of reform. The history of basing civil rights on natural rights is one of improvement over time, not one of decline. The abolition of slavery by the 13th Amendment and the nationalization of civil rights by the 14th improved the U.S. Constitution, and Franklin Roosevelt's notion of economic rights marks a further advance.

Likewise, the idea of popular sovereignty, though it dates back to John Locke in the 17th century, need not inspire reactionary reverence for existing institutions, much less a desire to restore an alleged golden age. On the contrary, the sovereign people have the right to remake their political and social order every generation or two, in order to achieve their perennial goals in changing conditions.

This was the view of Abraham Lincoln, who said in his Second Annual Message to Congress: "As our case is new, we must think anew. We must disenthrall ourselves and then we shall save our country." And it was the view of Franklin Roosevelt in 1932 in his Commonwealth Club Address: "Faith in America, faith in our tradition of personal responsibility, faith in our institutions, faith in ourselves demand that we recognize the new terms of the old social contract."

At the high level of public philosophy, the debate between the tea party right and progressives boils down to this: Do we think that fidelity to our predecessors means mindlessly doing what they did in their own time, even though times have changed? Or do we think that we should act as they would act, if they lived in the 21st century and had learned from everything that has happened in America and the world in the past 200 years?

To put it another way: The American Revolution was a beginning, not an end. The real equivalents today of the American revolutionaries are those who view the republic, not as an 18th-century utopia to be restored with archaeological exactitude, but as a work in progress to which every generation of Americans can contribute.