The director rallies back from a slump with the affecting "Greenberg," one of the 2010 Berlinale surprises 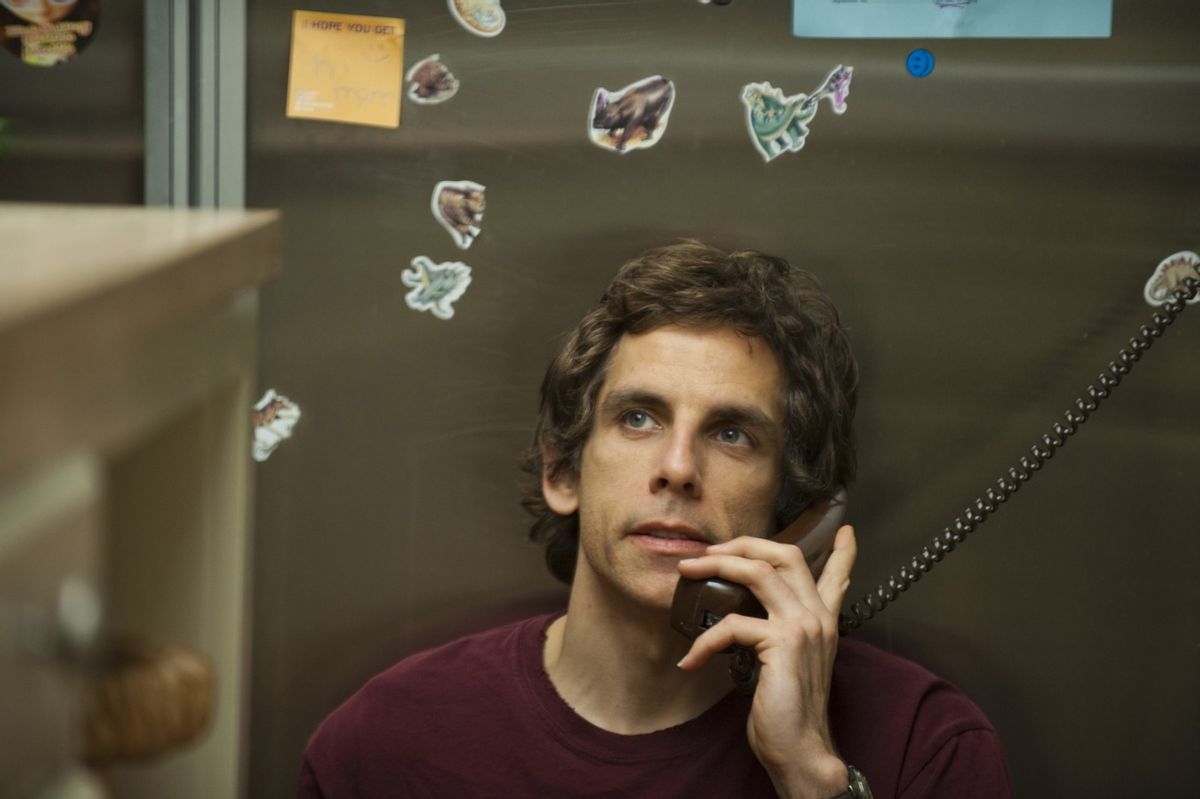 Berlin is a city that's deeply and painfully in touch with its past: I'm here for the 60th annual Berlinale, and across the street from my hotel is a block's worth of scrubby gray brush known as the Topography of Terror. This is the site of the former Gestapo and SS Headquarters, both largely destroyed by Allied bombs. (The buildings' ruins were destroyed after the war.) A bricks-and-mortar museum on the site has been in the planning stages for years but keeps stalling out: This is a city that treats the horrific aspects of its history with grave seriousness and a great deal of deliberation. The spot is currently the site of an outdoor museum consisting of placards outlining the grim history of the area, but the chill that hangs over the place needs no narration. I've never seen this landscape in the summer, when I assume these now-desolate, snow-iced trees actually have leaves on them, but I can't imagine that warmth and sunshine would make it any cheerier.

But Berlin is hardly a cheerless place. Coming in from the aiport, I noticed a Hooters not far from the Victory Column, in the section of the city known as Tiergarten. The Victory Column is, as you may recall, the spot in Wim Wenders' "Wings of Desire" (filmed, before the fall of the Berlin Wall, in a Berlin that's far more somber-looking than today's) where angels congregate as they look over, and after, the city. I can't say the Hooters typeface exactly enhances the landscape. But I do think a city that has has put so much conscientious and cautious effort into remembrance, restoration and atonement deserves to have some fun, too. I could never begrudge Berlin its Hooters.

There's much more to Berlin nightlife than Hooter's, anyway -- not that I'd know. I'm here to see movies, and because a snowstorm in New York last week delayed my departure by several days, I missed several of the festival's marquee features, most notably Martin Scorsese's "Shutter Island" and Roman Polanski's "The Ghost Writer." (My colleague, Andrew O'Hehir, will be covering them later in the week.) I also missed Mat Whitecross's "Sex&Drugs&Rock&Roll," a biopic of the strange and wonderful Ian Dury (of Ian Dury and the Blockheads) starring Andy Serkis -- it is, I hope, something to look forward to at another time.

After getting such a late start -- I'm here as a guest of the Berlinale, attending in conjunction with the festival's Talent Campus program -- the only thing to do was to hit the ground running and attempt to see a reasonable portion of the 20 films in competition. I checked out "The Robber" (based on a Martin Prinz novel, which is in turn based on a true story), a German drama directed by Benjamin Heisenberg about an ex-con who, after some heavy in-prison training, becomes a marathon champ upon his release, but who also can't stop robbing banks. The picture is well-crafted and well-acted (with a nicely wrought lead performance by Andreas Lust, who appeared in the arthouse hit "Revanche"); the drag is that it takes its "I run, therefore I am" meta-theme far too seriously. But immediately following "The Robber," a very strange thing happened: Norwegians cheered me up. Hans Petter Moland's "A Somewhat Gentle Man," from Norway, stars Stellan Skarsgôrd as (yet another) recently released con who also faces plenty of frustration adjusting to the real world, including having to deal with a grumpy landlady who first plies him with tasty home-made dinner and then begins demanding sexual favors. This marks the first time I've ever seen nylon knee-highs, worn with terry houseslippers, as a seduction tool. And I hope it's the last. But the picture is lively and congenial, and Skarsgôrd gives an easygoing, pleasingly subtle performance. This one also happens to stand a good chance of appearing sometime in an arthouse cinema near you, or barring that, showing up on Netflix.

But the one picture I've seen thus far that has truly surprised me is Noah Baumbach's "Greenberg." I've found Baumbach's more recent films frustrating. "Margot at the Wedding," in particular, made me wonder if we'd lost Baumbach for good -- I found it hard to care about a group of characters so rapturously in love with their own quirks; they, and Baumbach, were more fascinated by their own problems than I was.

"Greenberg" features more characters with problems: There's Ben Stiller's fortyish Roger, the Greenberg of the title, who's just been released from a mental hospital in New York and who now finds himself housesitting at his brother's tony digs in L.A. While he hangs out there, acting strangely and often irresponsibly, spending his numerous spare moments writing kvetching letters to Starbucks, the New York Times, and American Airlines, Roger meets his brother's assistant, Florence (played by mumblecore veteran Greta Gerwig). Florence, insecure but strangely forthright, takes a liking to Roger, even though he does everything in his power to rebuff her, often treating her cruelly, or at least thoughtlessly.

I know this sounds like one of those "damaged people fumbling toward love" movies and, well, it is. (The script is by Baumbach, from a story he co-wrote with Jennifer Jason Leigh.) And for much of the movie I couldn't tell if these characters were driving me nuts or affecting me deeply. But in the end, "Greenberg" got me. For the first time in a long time, Stiller actually gives a performance instead of simply clamoring for attention. His Roger is skeletal, enervated; his eyes, hollowed out and pleading, look both dangerously intelligent and desperate. But Gerwig is the marvelous surprise here. Her Florence is one of those seemingly lost girls who wanders through the world looking gangly and awkward and who is yet, strangely, wholly at home within herself (even though she herself doesn't know it). Her spaciness is the down-to-earth kind. "Greenberg" is self-conscious and knowing, and, as we'd expect from Baumbach, sharp-witted. But its self-involvement is capacious enough to include us. "Greenberg" has a soul, a heart, and most importantly a sense of humor -- not just about the world, but about itself.