A new low for the Cheneys and their friends

While the GOP bashes Obama for adopting Bush terror policies, the U.S. makes gains against the Taliban and al-Qaida 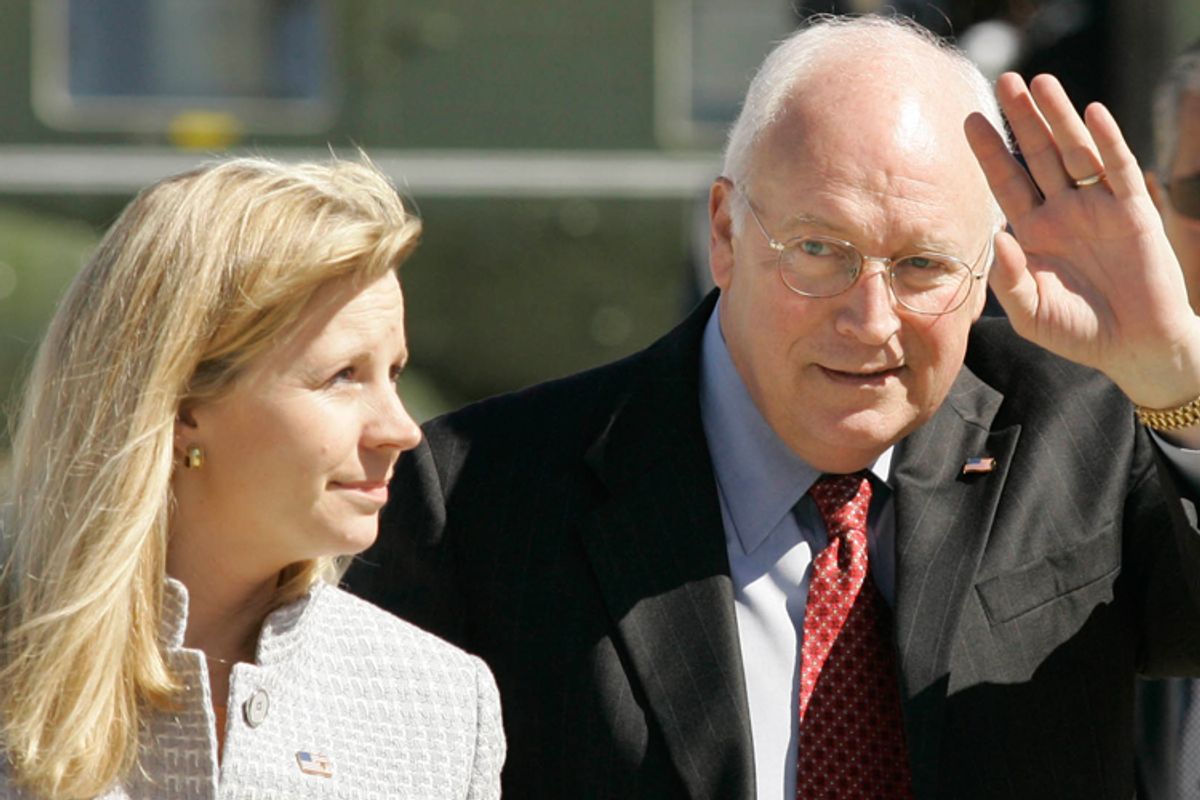 An extraordinary array of Republicans have been bashing the administration for "Mirandizing" Umar Farouk Abdulmutallab over the last few days -- including Lindsey Graham, Kit Bond, Rudy Giuliani, Mitch McConnell and Michele Bachmann, to name a few -- even as the media admirably did its job reporting that the Bush administration had Mirandized every single terror suspect caught on its watch as well. Despite those facts, former Vice President Dick Cheney stepped up the attack on Obama Sunday on ABC's "This Week" -- and also admitted he's a war criminal (but more on that later.)

Meanwhile, U.S. forces captured the most powerful Taliban leader they've grabbed since the war began in 2001, and intelligence sources tell Newsweek they've broken up a big al-Qaida plot in Yemen and Pakistan as well. More on that later too.

Asked about the way the administration treated Abdulmutallab, Cheney skewered the White House. "The proper way to deal with it would have been to treat him as an enemy combatant," says Cheney. "They didn’t know what to do with the guy." ABC's Jonathan Karl confronted Cheney with the fact that his administration had done the same thing with attempted shoe bomber Richard Reid (he didn't say they'd done the same with every terror suspect Bush-Cheney caught) and the former vice-president had to concede, "We could have put him in military custody, I don't question that."

Then Cheney unleashed his full attack, and it turns out he's trashing his old boss, George W. Bush, not just Obama. Reminded of Bush administration boasts of convicting 175 accused terrorists in U.S. courts -- the approach Obama has continued -- Cheney replied, shockingly: "Well, we didn't all agree with that."

Not surprisingly, Cheney's daughter Liz said even more horrible things on Fox News: She claimed the Clinton administration's decision to try the 1993 World Trade Center bombers in criminal court led directly to 9/11 (h/t Crooks and Liars).  God forbid we're struck again, Democrats can blame the attack on the Bush-Cheney decision to likewise try hundreds of terror suspects in criminal court, thanks to Liz. She also trashed Obama's director of national intelligence, John Brennan, forgetting he worked for Daddy's administration. Both Cheneys seemed to hit new lows this weekend, but then again, maybe there is no low they won't hit. Stay tuned.

Meanwhile, U.S. forces captured the most important Taliban leader apprehended since the war began in 2001, according to the New York Times, and Newsweek is reporting that the administration also busted a big al-Qaida plot in Yemen and Pakistan. I've criticized the Obama administration's decision to escalate the war in Afghanistan. This doesn't obliterate my doubts about the expanded war. But those who support it should be cheering Obama's approach to terror, not trashing him.

Republicans are hitting new lows when it comes to national security (and most other things, come to think about it.) The Cheneys are a predictable disgrace. Maybe other Republicans will admit what's working about the White House approach to terror. And if they don't think there's proof yet that it's working -- that's fair enough -- maybe they can start by admitting it's much the same as the Bush-Cheney administration's approach.