How the Frisbee took flight 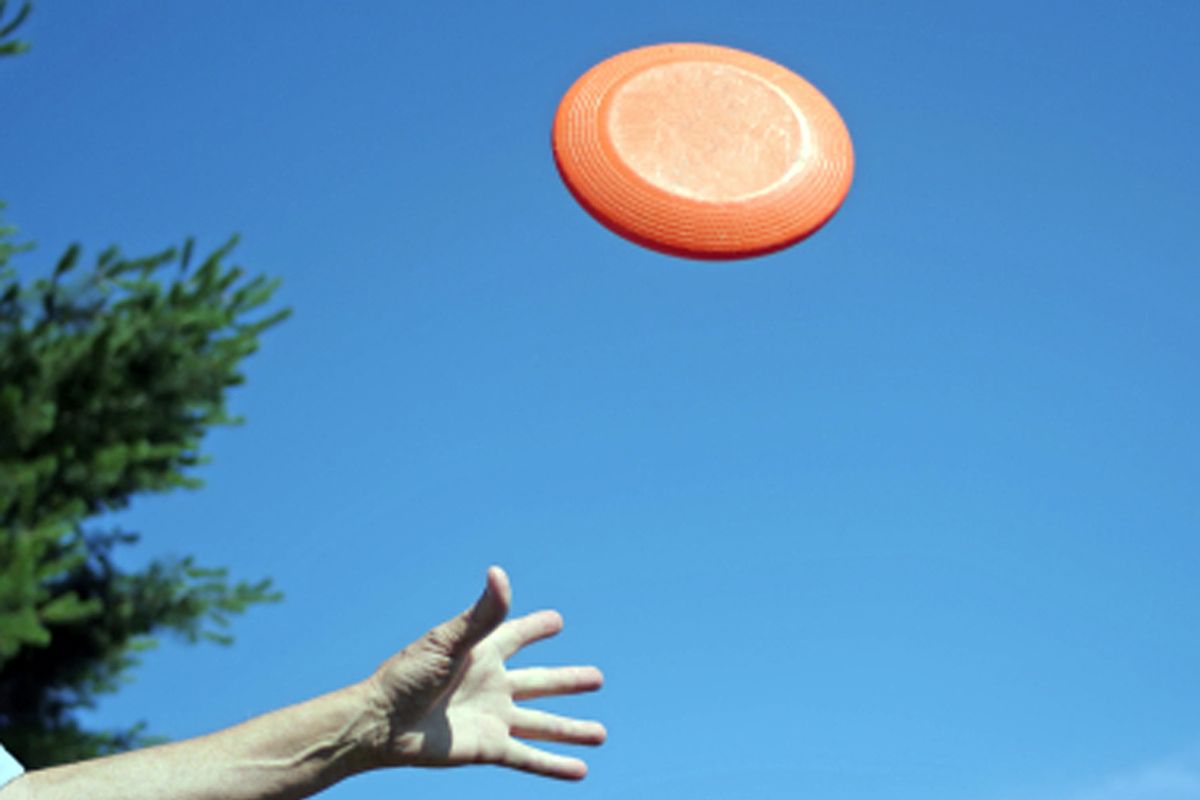 There's an old saying among Frisbee enthusiasts: "When a ball dreams, it dreams it's a Frisbee."

What other object has been embraced by athletes, dads on the beach, hippies in the quad, wannabe golfers and dogs? With a little practice and the flick of the wrist, we can make a Frisbee sail a hundred feet and curve according to our flight plan. It stirs the same part of our imagination that wishes we could fly, and has inspired games from Ultimate to Disc Golf to freestyle competitions in which contestants spin discs on their fingers, around their backs, and through their legs, while tumbling.

The father of it all was Walter Frederick "Fred" Morrison, the Frisbee's inventor. News blurbs reported that he died on Feb. 9 at his home in Monroe, Utah, of lung cancer, at the age of 90. Yet the story of his life's famous achievement is deeper than his obituary epithet – "inventor of popular toy." I had the chance to interview him three years ago, and he told me how the Frisbee came to be. It was conceived in teenage romance, survived a World War, and was born from an entrepreneurial spirit both quirky and quintessentially American.

In 1937, Fred was having Thanksgiving dinner with the family of his future wife, Lucile "Lu" Nay. After the meal, the two teenagers escaped to the back yard with the tin lid of a popcorn barrel and began tossing it back and forth. With a backhand wrist snap, the spinning lid would loft into the air and slice sideways, and they made a game of trying to outwit its unpredictable flight.

Soon they were experimenting with pie tins, then cake pans. One day at the beach, a sun bather walked up and asked where he could buy such a toy.

"Right here," Fred said, and he sold the five-cent pan for a quarter.

Fred and Lu made a casual business of flipping tins. They would buy in bulk from a local hardware store, throw the tins around on the beach to attract attention, and sell them at a fivefold profit. Fred used his part of the bounty to buy Lu a $35 diamond engagement ring.

Their entrepreneurial impulse was stalled by the Second World War. Fred enlisted in the Air Force, flying missions over Italy with the 350th Fighter Group's 347th Squadron, "The Screaming Red Asses." On his 57th bombing mission of the war, the 24-year-old lieutenant was flying low, strafing enemy tanks and transport trucks with his heavy machine gun and M-8 rockets, when ground fire spattered up into his fuselage. He lost control. He yanked the ejection lever. He was a prisoner of war for nearly two months before the allied forces arrived.

Back in Southern California, 1946, Fred and Lu were reunited. With little money, they moved into a surplus army tent, 16 by 16 feet, on an empty lot outside San Luis Obispo. Lu would support them with her job at Lockheed Aircraft while Fred built a house.

Fred got a part-time job from a fellow Air Force veteran, Warren Franscioni, pouring cement foundations for butane tanks. Fred soon learned that Warren had a scientific mind -- and investment capital -- so he confided his ambition to make the perfect, commercial flying pan. Warren agreed to front the development expenses, and the two would split the profits. A partnership was forged.

Sitting at a card table in Fred and Lu's army tent, the two ex-pilots began to make designs. Warren had done some Air Force training in aeronautical engineering, and understood the physics of flight. An upside-down cake pan, he reckoned, floated on the same physical laws that gave an airplane wing its lift. Fred, an adept draftsman, diagrammed the cross-section of a cake pan and then redrew the edge to mimic the slope of an airplane's wing. They dubbed it the "Whirlo-Way."

Next they sought the right material -- something durable enough to hit the ground without breaking, yet flexible and soft enough to catch comfortably. Polystyrene had only been invented nine years earlier, but the U.S. military had found so many uses for plastics in the Second World War that the industry was growing fast. In the fall of 1947, Warren and Fred drove down the California coast to Glendale, a suburb of Los Angeles. There they met Ed Kennedy, the Vice President of the Southern California Plastic Company. Kennedy had a cutting-edge factory, and he saw commercial potential in the Whirlo-Way design.

Fred and Warren left the factory with eight solid cylinders of a hard plastic called Tennite, each one about the size of a hatbox. The two men would draw eight different designs, have a local machinist carve eight prototypes, and then choose the one that flew best. With that prototype, Kennedy said, he could build a mold and make Whirlo-Ways at a rate of two per minute.

Back home at the card table, Fred and Warren sat down to draw the schematics. Not for another 56 years would scientists conduct experiments and gather empirical data to describe the aerodynamic characteristics of flying discs; Fred and Warren were exploring the realm of applied physics by the limited theoretical light of Newton and Bernoulli, and their own intuition.

The engineering challenge was to create an object that would fly straight. It was a question of stability. Fred and Warren were counting on the gyroscopic dynamics of the Whirlo-Way's rotation. Just as a toy top steadies on its tip only when turning round and round, a disc can hold its flight angle only when spinning. And just as a wide toy top spins more steadily than a narrow one, they reasoned, the Whirlo-Way's stability would increase if the weight were distributed out towards the rim. Their Whirlo-Way, then, would have a thin top-plate and a thick edge.

Fred and Warren finished the schematics. Worried that the machinist would steal their design, they labeled the drawings, "Diaphragm for Elephants."

When the eight models were done, Fred and Warren drove straight from the machinist's shop to the beach to see which would fly straightest. They chose their prototype, and sent the final specs to Ed Kennedy.

The California Plastic Company would mass-produce the Whirlo-Ways using a process called "injection molding." This had been a common industrial procedure since 1868, when the inventor John Wesley Hyatt used a high-pressure plunger to inject molten celluloid into the spherical hollow of a two-piece steel mold, thereby making the world's first billiard balls.

Over the next several years, flying discs would take on new names and shapes: the Flyin-Saucer, the Pluto Platter. Fred and Warren traveled from town to town, selling their invention at county fairs; their partnership ended when Warren reenlisted in the Air Force, for the Korean War. In 1956, Fred signed a contract with the Wham-O Corp., which had successfully marketed another plastic toy, the hula-hoop. After hearing that students in New Haven had created an Ivy League fad tossing pie tins made by the Frisbie Pie Company, Wham-O seized on the trend and commandeered the name, changing the spelling by one letter.

A few years earlier, before signing with Wham-O, Fred had gotten Lu's help designing the packaging for what was then called the Pluto Platter. Her instructions, printed on the back of each package, read, "Play catch -- Invent Games ... Experiment!" Over the last half-century, we have done just that. Today, people around the world compete to see who can keep a Frisbee in the air the longest (Don Cain of Philadelphia: 16.72 seconds) and who can throw it farthest (Christian Sandstrom of Sweden: 250 meters). In a sport called "Guts," teams of five stand 15 meters apart, hurl Frisbees at 80 mph, and try to catch them one-handed. There is also, of course, "catch."

Fred Morrison now rests in peace, but millions of Frisbees and the games they inspired live on.

Ben Van Heuvelen is a journalist living in Brooklyn.