Nice try, Canada. But you're fired 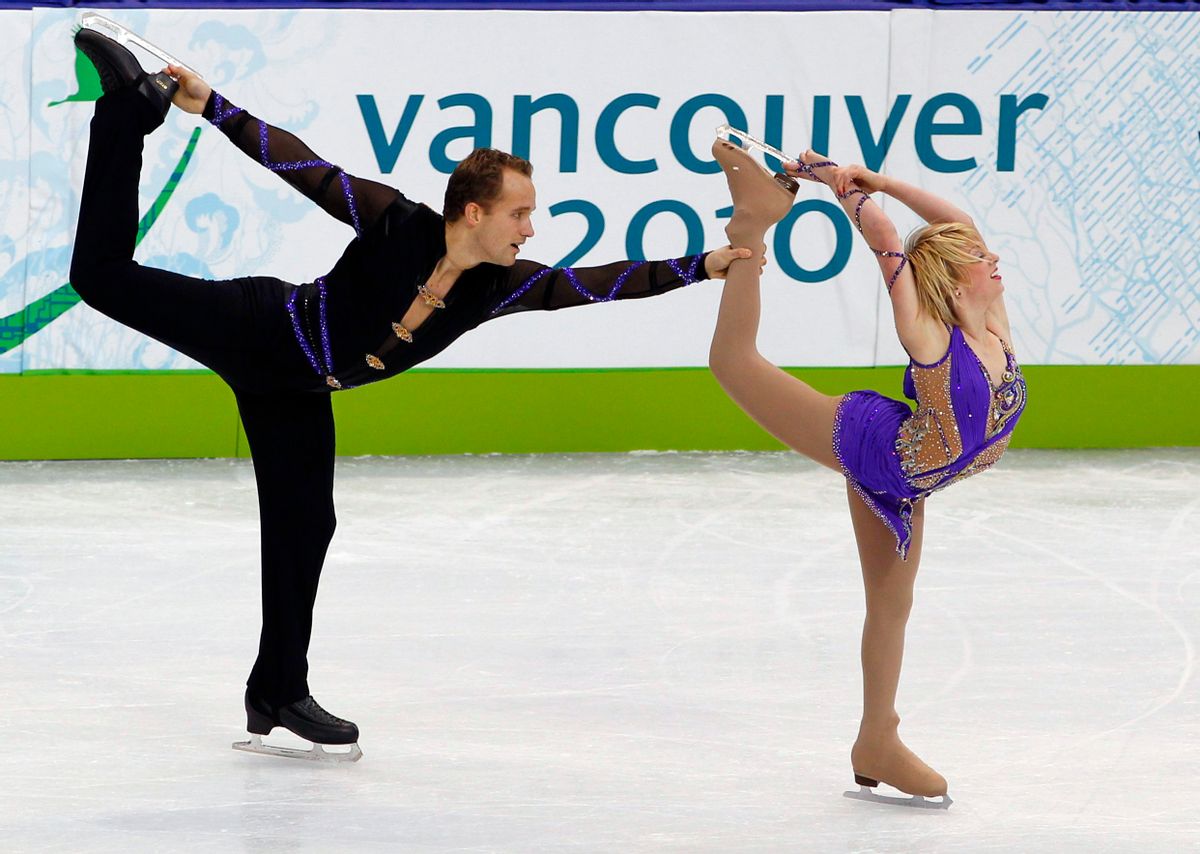 Oh, hey Canada. Yeah, come on in. Have a seat. No, you won’t need to take notes or anything. This is really pretty straightforward. Here’s the thing, Canada – we’re going to have to let you go.

This is not a decision we made lightly. Believe me, we wanted this thing to work. But put yourself in our position, Canada. All we want to do is watch the strange, mostly obscure sports of the Winter Olympics – and yet every day you, as the host nation, deliver up a fresh disaster.

Before the games even started, Georgian luger Nodar Kumaritashvili crashed and died during a training run. Kumaritashvili was reportedly terrified of the track. When an Olympic caliber athlete is terrified of your track, Canada, chances are you have designed a track that is, uh, deadly.

Your Opening Ceremony featured a malfunctioning hydraulic pillar apparently designed by Bob and Doug McKenzie, which turned the dramatic lighting of the Olympic cauldron into a dramatic WTF-is-going-on? moment.

We’ll give you a pass on the weather, Canada. But tonight, you sealed your fate with an episode that will go down in Olympic history as The Zamboni Blunder. Let’s roll the tape, and you can see for yourself…

(Note: all times are approximate.)

The announcers go to great lengths to describe the horrific crash experienced by a Norwegian competitor, supplying a summary of his injuries, and a detailed account of his two-week stint in a hospital. They seem actually to be rooting for him to crash, which gives them something in common with their viewers.

There are two Swiss skiers, both named Didier. One has alarming quantities of neck hair. The other has a broken thumb encased in giant cudgel-like glove. The Didier with the neck hair wins gold. Bode has to settle for bronze.

The broadcast is simply awesome. It includes a dude using a telestrator and saying things like, “Two months ago this guy was pissing into a bag and here he is ripping on that right ski!” At one point, NBC splices images of Bode and one of the Didiers screaming down the course together, as if they were actually racing, which makes me wonder, briefly, if the event might not be made even more thrillingly lethal by sending all the competitors down the mountain at the same time.

Our first promotional tie-in! I’m all tingly! It’s some animated movie about loveable dragons and Vikings who ride snowboards. There’s a lot of clamoring, which is how you know the corporation involved really cares.

But maybe I’m being too cynical. Maybe the Olympics have always been about vertical integration of ancillary entertainment platforms.

It’s time for a segment on polar bears! Why? Because the focus groups have determined that female viewers ages 21 to 36 just adore polar bears.

Actually, sir, they’re like big bears that would like to tear your head off and eat it. And I’m with them on this one.

The segment is notable for its introduction into the American lexicon of the Tundra Buggy, an automotive behemoth that will soon replace the Hummer Limo as the vehicle most likely to drive the Polar Bears into actual extinction.

Time for Men’s SBX, which means (I think) Snowboard Cross. It’s basically Roller Derby on snow – four guys sailing over ramps and around curves and slamming into each other and crashing, meaning that it’s one of these gimmicky newfangled X-Game events designed to lure in the Mountain Dew demo.

I’m pretty sure I’ve never seen anything even remotely as gripping. At least not in Canada.

We’ve switched to the pairs figure skating event, but I’m having trouble concentrating because I am transfixed by American Jeremy Barrett’s outfit. Even within the gaudy sartorial pantheon of male figure skating, this garment is epic: a tight black shirt with a black leather Nehru collar, sheer sleeves, purple sparkles, and a plunging neckline spanned by bands of gold brocade. It’s as if Liberace designed male lingerie.

Not to give away the ending, but Barrett has more cleavage than his partner.

We go to Men’s 500 Meter Speed Skating, only we don’t, because the ice is all slushy. Why? Because the Zamboni machines used to groom the ice are either broken, or ineffectual. There is an hour delay, and Costas, now speaking from beneath a pompadour that appears varnished in shoe polish, declares the situation “strange, and not acceptable.”

Note to Canada: that was you getting fired.

Because, I mean, look at it: what’s the one thing you should know how to do at this point, in terms of athletic preparedness? We’re not asking you to produce a gripping television series, or a memorable historical figure. Just keep the ice smooth, Canada. That’s all you had to do. And you had, like, eight years to plan for this.

Here’s your box. Security will see you out.

Now it’s time for a word from our other sponsor, the major motion picture "Shutter Island." We get a long preview with every horror-movie cliché in the book: the crazy bald woman with glowing eyes, the creepy kids, the naked albino assailant. The only genuinely horrifying thing about the film appears to be Leonardo DiCaprio’s version of a Boston accent.

A medal ceremony for the first Canadian to win gold. The cameras lock onto him in the hopes he’ll show the good sense to weep. He has a plucky brother with cerebral palsy, to whom he dedicated his victory, which means, I’m pretty sure, that he’s legally obligated to weep. He does not. An official puts the ribbon around his neck and we get our first good look at the medal design: it’s Flavor Flav-sized, irregularly shaped, and pocked with small dents. Canada has managed to fuck this up, too.

Because of the Zamboni boner, we’ve been stuck watching the pairs skating for 40 l-o-n-g minutes. We get five minutes of a Chinese skater tossing a football backstage. Seriously. What’s worse, nearly all the skaters fall on their ass at some point during the routine, after which they smile even more desperately than usual, as if they have not just totally ruined a lifetime of training and betrayed their partners and brought themselves to the brink of suicide.

This, of course, is interesting the first few times. But after the ninth skater eats it, I’m having trouble focusing. With the help of my friends Sean and Zach, we start compiling a list of innovations that would make pairs figure skating compelling for the average heterosexual male.

1. Forcing all the pairs to compete at once

3. Allowing the crowd to throw marbles

The event drags on and on.

Somewhere in New York, a GE executive is putting together a proposal to buy the entire country of Canada – and shut it down.

Bob Costa now has a mullet.

We’re back to pairs figure skating and I am, technically, asleep.

So that’s a wrap on Day 4 of the 2010 Winter Olympics aka The Day the Host Nation Got Fired.

We’re really sorry it had to go this way, Canada. We love your health care system and your uncomplaining tolerance of sub-freezing weather and your almost freakishly low-key attitude. But when it comes to mindless, over-hyped spectacles of late model capitalist excess, you should probably leave the driving to us.