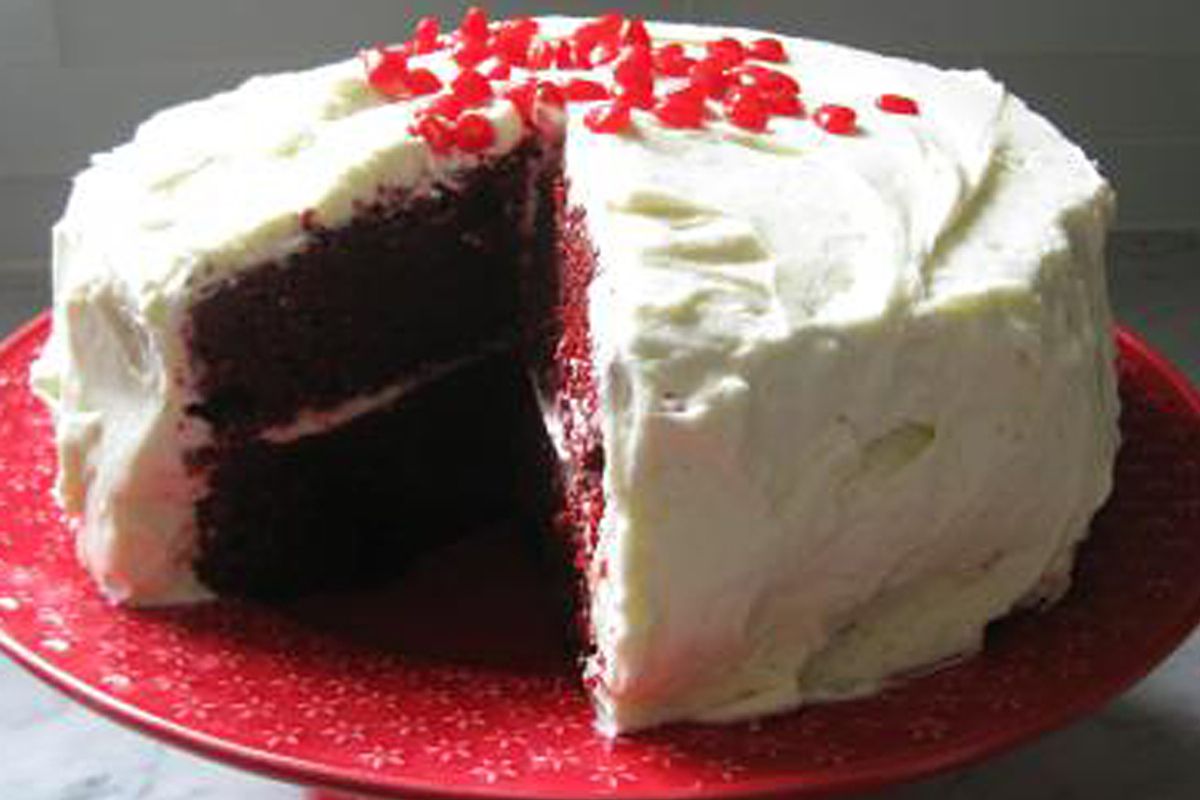 This winning entry for the Salon Kitchen Challenge -- in which we asked readers to create spicy and sweet dishes  -- comes to us courtesy of Linda Shiue. Check out this week's Challenge here.

"You're late," she spat as she glared at me, and threw a chili pepper-decorated apron in my direction. "And if you had called me last night to confirm your arrival, as I had instructed you to, you would not have worn white."

Not a promising start to my Oaxacan cooking class, which started the day after we arrived in the fabled Mexican city. But it wasn't entirely my fault. I may not have called my instructor when we arrived the previous day (I thought the call was a courtesy, not a requirement), but I did do my duty as a conscientious student the evening before. Wanting to make sure I could make it to my class on time, I had located the restaurant where the class was to be held, and traced a route there from our hotel.

The next day, I arose early and left our lodging while my husband and toddlers were still sleeping. I strode off confidently towards the zocalo, a little nervous but really excited for the cooking class. Once I got there, everything looked different.

It wasn't just the light, or the large crowd of people going about their daily routine and peddlers doing their business. Somehow, without knowing it, we had stumbled into what would end up being a seven month period of protests and violence, resulting in at least seventeen deaths, including that of an American journalist, Brad Will. At the time of our arrival, it had started simply as a local teachers' strike. Over the next several months the teachers' strike, which had been an annual event for a quarter decade, escalated exponentially, as other organizations joined in solidarity and reframed the protest into cries for resignation of the corrupt governor.

The zocalo was unrecognizable to me, with barricades set up, large placards being hoisted in the air, and tarps draped across streets, forming makeshift shelters for the ever increasing number of protestors. I didn't know enough to be scared at the time, though. I was getting more anxious, realizing that I was going to be late for my class because I couldn't find the landmarks I had memorized from the night before, and the sign for the restaurant, previously visible, was now covered by one of the tarps.

I also had the preconceived notion that the class might be run on "Mexican time." Clearly not so.

The rest of my classmates, all other Americans, looked me up and down as I tried to make a space for myself in front of the counter. They had the confident look of students who had not only done their homework, but had read through the syllabus and even begun to write preliminary notes in the margins. I noticed that none of the others was wearing white. I felt self-conscious in my lacy, white cotton shirt, which felt so tropical and Latin to me, and quickly put on my chili-themed apron. (How conspicuous could I be?)

The good student that I am, though, I made up for lost time with my diligence and focus for the remainder of the day. I was enthusiastic as we learned about local ingredients and the fabled and almost mythical history of mole. I was an eager participant as we appreciated the scent of canela, seeded chilies, and juiced limons. As the recipes progressed in complexity from simple salsas, to a classic flan, and ultimately to the intensely aromatic and multifaceted mole rojo, my confidence grew. I raised my hand when volunteers were called up to assist the chef-instructor. We had a memorable feast, the fruits of our labor, and then set out for a stroll and to tour the local mercado. On our tour, I couldn't resist showing off what I had learned as we looked at vainilla, chocolate, chipotles, and aguas frescas.

By the end of the afternoon, I think I redeemed myself. I even got a hint of a smile from the chef as we formally shook hands goodbye.

Thankfully, we were safe and our trip ended before the worst of the violence began. We were still able to view a lot of the beautiful Spanish colonial architecture of the old city and visit local workshops where the area's famous handicrafts are made: fantastical alebrijes, earthy black pottery, hand-dyed and handwoven rugs. We visited local ruins. But we also saw landmarks defaced with graffiti, and were unable to visit the most legendary of ruins in the area, Monte Alban, due to a roadblock set up to stop a large assembly of protestors. It wasn't until after we returned safely home, and I followed events in the news and in email dispatches from my cooking instructor, that I understood the extent of the situation. Because of the escalating danger that dragged on, my instructor eventually and very reluctantly closed her restaurant. There were no tourists, and therefore no business left anyway. She left her homeland, where her family had lived and cooked for generations, and moved with her family to Texas, where she has embarked in a different direction as a chef-instructor teaching Latin American cuisine at the Culinary Institute of America's campus in San Antonio. With all that was going on, both in my awareness and under my radar, my memories of that trip are intense, both good and bad.

I have only fond memories, though, of the cooking class that started off like a Mexican telenovela spinoff of Gordon Ramsay's "Hell's Kitchen." Despite my rocky beginning with the chili-tempered instructor, I left feeling so accomplished, having learned to make an excellent mole, which had previously seemed unreachable. Mole makes a romantic meal-- rich and spicy, with a sweet, chocolatey depth-- and requires enough steps to really prove your love.

But I am already thinking ahead to dessert, a sweet conclusion to a fiery meal. Since it's Valentine's Day, why not make the dessert which looks most like what Cupid would serve: a red velvet cake. Tall crimson layers of moist chocolate cake slathered with unctuous folds of sensuously rich frosting, this cake is the picture of love. I've spiced it up with some chipotle, cayenne and cinnamon, to spark a little romance...

1. Preheat oven to 350 degrees. Place teaspoon of butter in each of 3 round 9-inch layer cake pans and place pans in oven for a few minutes until butter melts. Remove pans from oven, brush interior bottom and sides of each with butter and line bottoms with parchment. Alternatively, place liners in three 12 portion cupcake pans.

2. Whisk cake flour, cocoa, salt and spices in a bowl.

3. Place oil and sugar in bowl of an electric mixer and beat at medium speed until well-blended. Beat in eggs one at a time. With machine on low, very slowly add red food coloring. (Take care: it may splash.) Add vanilla. Add flour mixture alternately with buttermilk in two batches. Scrape down bowl and beat just long enough to combine.

4. Place baking soda in a small dish, stir in vinegar and add to batter with machine running. Beat for 10 seconds.

5. Divide batter among pans, place in oven and bake until a cake tester comes out clean, 40 to 45 minutes. Let cool in pans 20 minutes. Then remove from pans, flip layers over and peel off parchment. Cool completely before frosting.

6. Frost cake layers or cupcakes generously, then top with Red Hots for your Valentine.

1. Softly whip cream by hand, in electric mixer or in food processor. Cover in bowl and refrigerate.