Plagiarism: The next generation

A 17-year-old novelist defends herself in the latest copycat scandal. Are we just too old to understand? 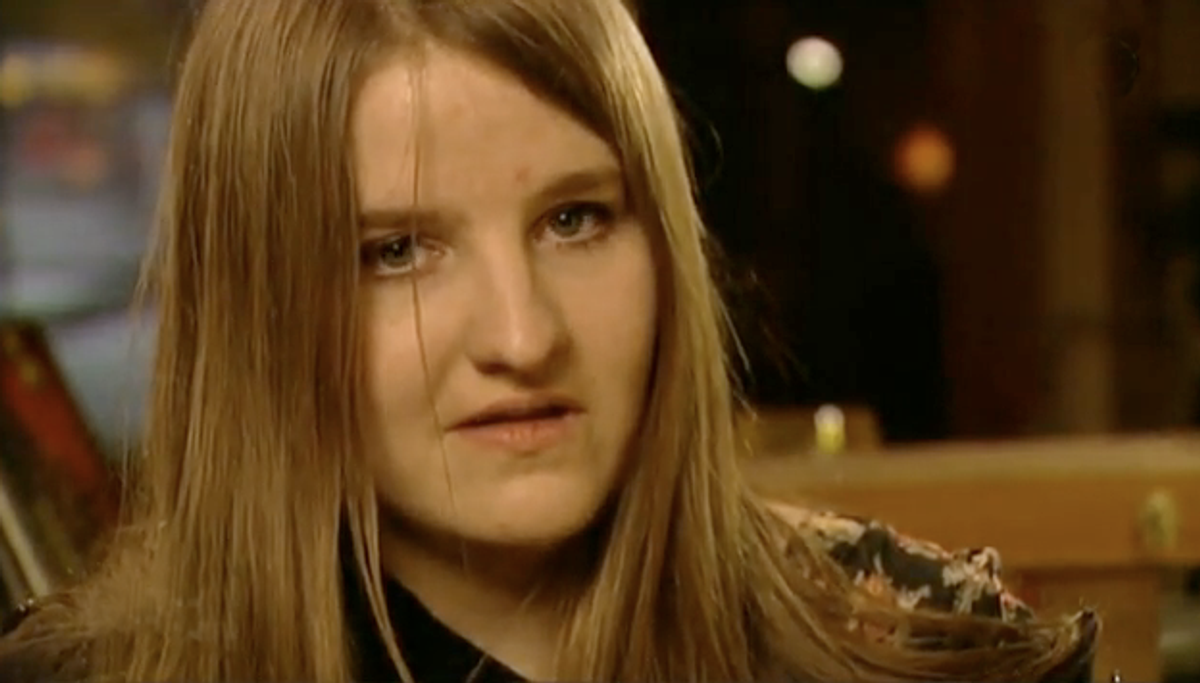 Recent plagiarism accusations against the 17-year-old author of a German novel feel like déjà vu all over again, with one key distinction: Helene Hegemann, who wrote the best-selling tale of drugging and clubbing, "Axolotl Roadkill," is defending the practice, telling one German newspaper, "I myself don't feel it is stealing, because I put all the material into a completely different and unique context and from the outset consistently promoted the fact that none of that is actually by me."

Hegemann lifted as much as a full page of text from an obscure, independently published novel, "Strobo," by a blogger known as Airen. Another German blogger, Deef Pirmasens, was the first to point out the passages from "Axolotl Roadkill" that are said to be largely duplicated from "Strobo," with small changes. Despite the uproar caused by this revelation, "Axolotl Roadkill" has been selling better than ever and has been nominated for the $20,000 fiction prize at the Leipzig Book Fair. "Obviously, it isn't completely clean but, for me, it doesn't change my appraisal of the text," a jury member and newspaper book critic told the New York Times, explaining that the jury knew about the plagiarism accusations when it selected the novel for its short list. "I believe it's part of the concept of the book."

Plagiarizing journalists like the recently fired Gerald Posner (currently providing the occasion for ecstasies of self-righteousness over at Slate) could never pull off such a justification. Novelists and other artists, however, are always boasting about how much they "steal," as Robert McCrum pointed out in the Guardian a few weeks ago. How, then, can they wax indignant when other writers lift their work? "There's no such thing as originality anyway, just authenticity," Hegemann pronounced in a statement to the press. (Jim Jarmusch, incidentally, said virtually the same thing, and he probably got it from somebody else.) When the admirably game McCrum posted a quick follow-up take on the Hegemann affair, he prompted a heated conversation about copyright and its validity in the Information Age.

To this conundrum, Hegemann has added a heaping dollop of generational special pleading, and the story has prompted teachers to offer multiple examples of students who don't seem to understand what plagiarism is or that it's wrong. Kids these days, this Cassandra-ish line of reasoning goes, have unfathomably different values, and their elders had better come to terms with this because children are, after all, the future. You can't tell them anything! It's as if people under 25 have become the equivalent of an isolated Amazonian tribe who can't justly be expected to grasp our first-world prohibitions against polygamy or cannibalism -- despite the fact that they've grown up in our very midst.

Count me among those who think that most plagiarism scandals are overblown -- a classic example being the novelist Ian McEwan, who replicated in "Atonement" a few phrases from a memoir he used as historical research for that novel. What smells off in this instance is precisely Hegemann's claim to be using her borrowings to advance a cutting-edge concept of artistry. The daughter of an avant-garde dramatist, she says she practices "intertextuality" and explains, "Very many artists use this technique ... by organically including parts in my text, I am entering into a dialogue with the author."

This would be more plausible if Hegemann had acknowledged from the beginning that she'd included work from other writers in "Axolotl Roadkill," but by all indications, she did not. (Granted, it's hard for me to substantiate this for myself since I don't read German and can't compare Hegemann's novel to Airen's.) Some copyright critics have pointed out that, thanks to "Axolotl Roadkill," "Strobo" is now enjoying a sales boost, proving that "remixes" can be a rising tide that lifts all boats. However, it took Pirmasens' plagiarism accusation to bring Airen's involuntary "contribution" to "Axolotl Roadkill" to the public's attention. If Hegemann intended to enter into a dialogue with Airen, she took pains to make it look like a monologue. If she viewed the writing itself as collaborative, she suppressed any urge to share those handsome royalty checks.

McEwan, who did credit the out-of-print nurse's memoir he used as a source for "Atonement," could at least argue that what he incorporated from that source was only a tiny portion of a very different and substantively original work. Hegemann has already, and rather stupidly, cut herself off from that option by declaring that she intended to write a collaboration from the very beginning, only she just forgot to mention it before this. How innovative is "Axolotl Roadkill"? Again, it's difficult for the Anglophone observer to say for sure, but since both "Axolotl Roadkill" and "Strobo" recount life among the youngest participants in Berlin's wild club scene, Hegemann's claim to be presenting the material in a "completely different and unique context" seems a stretch.

And -- please! -- how much longer can very young writers publish novels depicting anomie, drug use and casual sex among their peers and still provoke wonder among their elders? It happens every few years, from the apotheosis of "Less Than Zero" to the sensation of Nick McDonell's "Twelve," yet every new iteration is treated like some shocking, never-before-imagined exposé, when, really, only the playlist changes. With suspicious frequency, the enthusiasm for "Axolotl Roadkill" seems to boil down to just this strain of titillated astonishment. You can't blame other 17-year-olds for finding it incredibly daring and fresh, but as for us adults -- shouldn't we know better?