Ned Lamont returns, but can he recapture the magic? 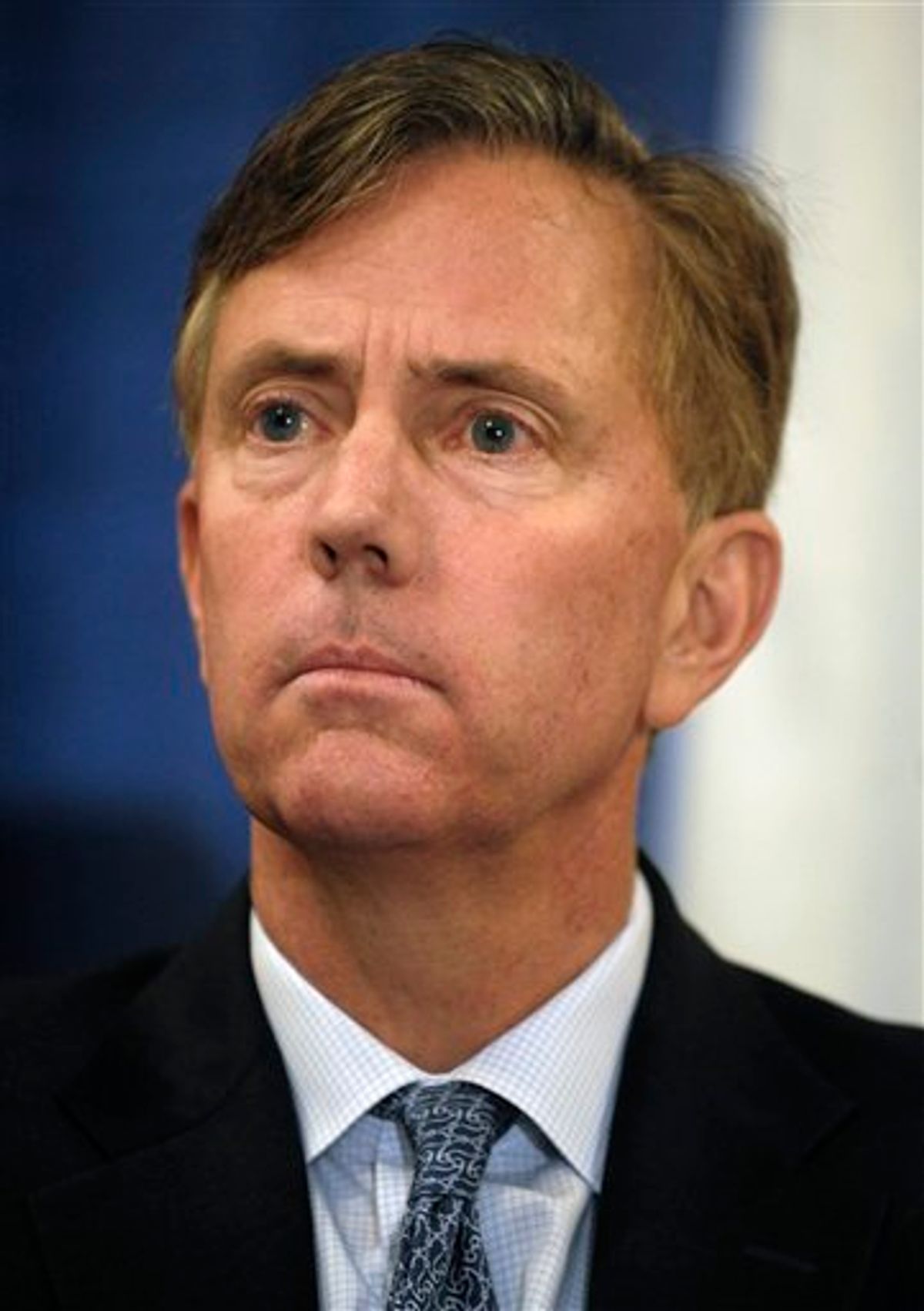 FILE - In this Jan. 20, 2010 file photo, Ned Lamont, listens to speakers at a bipartisan forum in Cromwell, Conn. Lamont, the political upstart who challenged U.S. Sen. Joe Lieberman four years ago, is expected to announce his bid for governor Tuesday, Feb. 16, 2010 at the Old State House in Hartford. (AP Photo/Jessica Hill, File) (AP)
--

A few years back, Ned Lamont was one of the left's favorite politicians, an unlikely star in the political blogosphere thanks to his 2006 race against Connecticut Sen. Joe Lieberman. Now, Lamont's back in politics -- he announced Tuesday that he's running to be Connecticut's next governor -- but progressives seem to be responding with a collective yawn.

It sounds obvious, but probably one of the biggest differences between then and now is that it's not 2006 now. Back then, Lamont wasn't a progressive hero for being himself; he got that acclimation because he was going up against Lieberman, one of liberal bloggers' least favorite people. And he was able to mount an insurgent and ultimately successful Democratic primary challenge to the incumbent largely on the strength of a single issue: Iraq, and Lieberman's support for the war there. Take away Lieberman as his foil, and put him in a race where Iraq doesn't matter -- even if the war were still the issue it once was, it's not like the governor of Connecticut has much to do with it -- and the left has very little reason to care about Lamont anymore.

There's another big factor, though; simply put, even some of Lamont's biggest supporters in 2006 came away from the campaign less than enthusiastic about the man. Even for those on the left who hadn't been intimately involved in the campaign, some of the candidate's luster rubbed off once he lost the general election to Lieberman even after beating him in the Democratic primary.

The primary win was an accomplishment by itself, of course; stripping a man who'd been his party's vice-presidential nominee just six years before of the D next to his name was no easy feat. But Lamont's backers weren't in it just to embarrass Lieberman; they wanted him out of the Senate. Their man fell short on that score, and they do blame him for that.

There's been anger about vacations he and some top staffers took after the primary, about the disorganized way the general election campaign was run and about the turn it took. A mock "concession speech" written for him in October of 2006 by Arianna Huffington and her readers got at some of the frustration on the left about the people running Lamont's campaign for the general.

"I turned my campaign over to hired guns who think that running to the middle is a winning strategy -- even though it's proven to be a loser time and time and time again," the "speech" read. "These Beltway professionals, some on loan from Democratic leaders who do not share my passionate opposition to the war -- the core issue of my campaign -- came in, having learned nothing from their electoral defeats, and ran the same cookie cutter campaign."

This time around, Lamont seems to be heading for the middle again; he hasn't been doing much outreach to his old allies, and he recently hired as his campaign manager Joe Abbey, who ran Creigh Deeds' unsuccessful -- and often derided -- 2009 campaign to be governor of Virginia.

"I hope Ned does well, but it's going to be a tough race, and I don't know what he's done between now and then to improve on his weaknesses as a candidate," one blogger involved in the 2006 campaign told Salon Tuesday.

Lamont's former campaign manager, Tom Swan, had to be circumspect in an interview with Salon -- he's the executive director of Connecticut Citizen Action Group, which may or may not endorse a candidate down the line, and he didn't want to step on the toes of his board -- but he did sound confident in his old candidate's ability to learn from 2006.

"He knows a lot more this time -- he's been around the block, he'll use that experience as a guide to how to go forward based upon things that he learned," Swan said.