Guys, get ready for Spanx

The 21st-century girdles will be available for men in March. Here's what they need to know 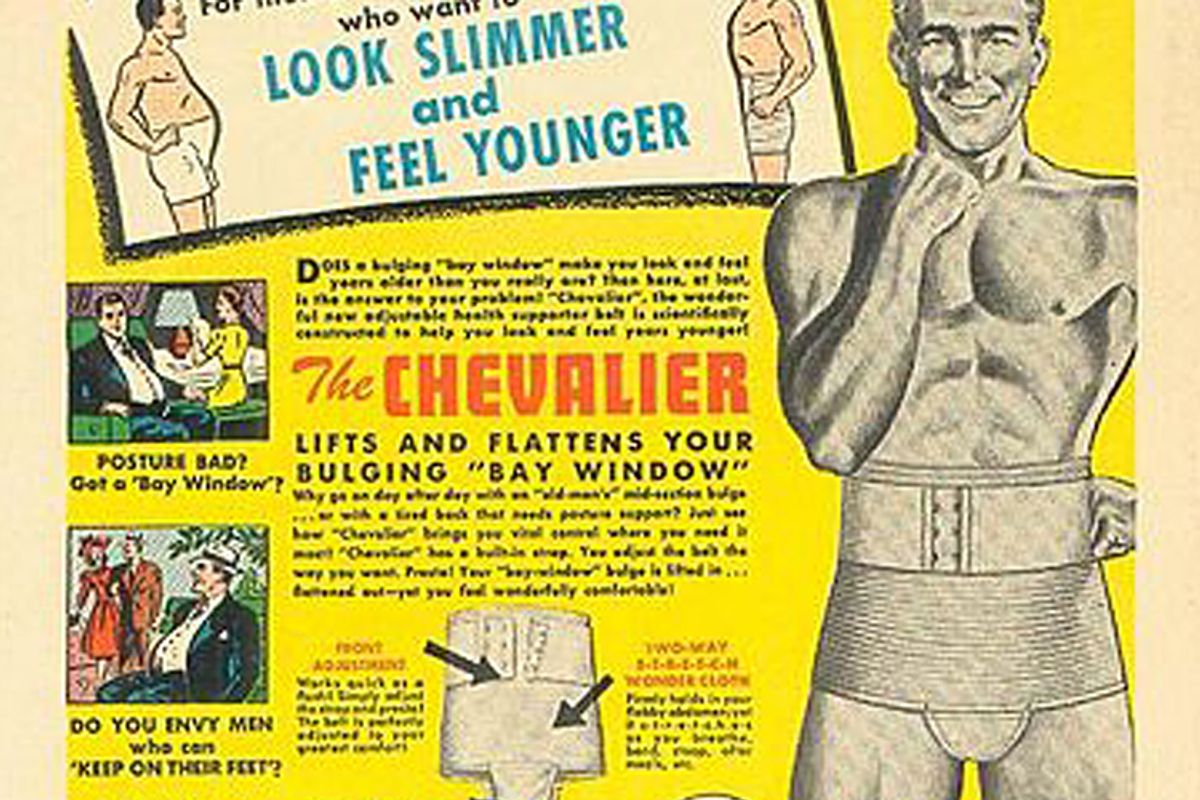 In Culture Editor Sarah Hepola's recent article on the hazards of dating while wearing Spanx  -- the "control top undergarment similar to ye olde girdle but with a 21st-century, you-go-girl wink" which can both increase the chances that someone will want to rip your clothes off and decrease your willingness to let them -- she recalls a scene in "Bridget Jones' Diary" in which our heroine faces just that dilemma.

[T]he caddish Daniel (Hugh Grant) makes a move on our crush-stricken Ms. Jones (Renée Zellweger), poking underneath her tight black dress only to find, he says with tart English hyperbole, "absolutely enormous panties." Bridget laughs in horror to which he coolly says, "Don't be ashamed. I'm wearing something similar myself."

Back in 2001, Daniel's line was funny because it wasn't true. But starting next month, it could be. Following in the footsteps of Kramer's fictional "Bro" and the very real "mantyhose", Spanx are the latest ladies' undies to get a masculine makeover. Spanx for Men will be available at Neiman Marcus stores starting on March 15, and pre-orders are already going strong on the company's Web site.

As boys and men are increasingly beset by body image pressures similar to those long known to affect girls and women -- including ever thinner models -- it should come as no surprise that there's a market for male shapewear (soon to be called, no doubt, "Manx"). Says the Wall Street Journal, "[Spanx creator Sara] Blakely admits that when she started getting emails from guys requesting that she develop a men's body-shaping product a few years ago, she thought they were joking. But, over time, she says, 'it became a movement.'" A movement for men to have equal access to pricey, restrictive undergarments designed to take the edge off one's overwhelming body shame. Women get all the good stuff!

Honestly, as products sold on the fear of fat go, Spanx don't even offend me all that much -- or at least, resisting their popularity is not a battle I've chosen. And since the company hasn't done any real promotion of Spanx for Men yet, I can't dig into the gendered marketing (though I strongly suspect the undershirts and forthcoming "compression bottoms" will be all about maximizing your strength, power and athleticism, as opposed to making you look skinny). So what I'll do right now is share a few simple truths about shapewear that women have had to learn the hard way.

1) If you are fat, they will not make you look thin. Or even thinner, really. Their primary purpose is to smooth lumps, and maybe improve the fit of clothes that would otherwise need to be let out about half an inch.

2) If they don't hit you in just the right places, you will probably find the chub roll where the garment stops more problematic than the evenly distributed chub you started with.

3) If they're not tight enough, they're pointless, and if they're too tight, the edges will roll up or down. Good luck finding the sweet spot.

4) Getting the bottoms on has a degree of difficulty similar to dressing a recalcitrant toddler. Getting them off to go to the bathroom (or do anything else requiring naked nether regions), especially while drunk, can take upwards of ten minutes. Plan accordingly.

5) You look fine without them. If you don't, you probably need to let your clothes out about half an inch.

If you still want to know what it feels like to wrestle on 19 percent spandex undies, by all means, go for it. But seriously, guys, when women started pointing out how unfair it is that we're subjected to all this pressure to look as thin, smooth and "flawless" as possible, we didn't mean we wanted to even the score by putting you through it, too. We meant we wanted everyone to feel comfortable and confident in their own bodies. If a bit of extra gut support makes you feel hotter on a first date, then I won't stand in your way -- but just remember "it's a mind game, not a body game." And if all goes well, the Spanx end up on the floor at the end of the night anyway.