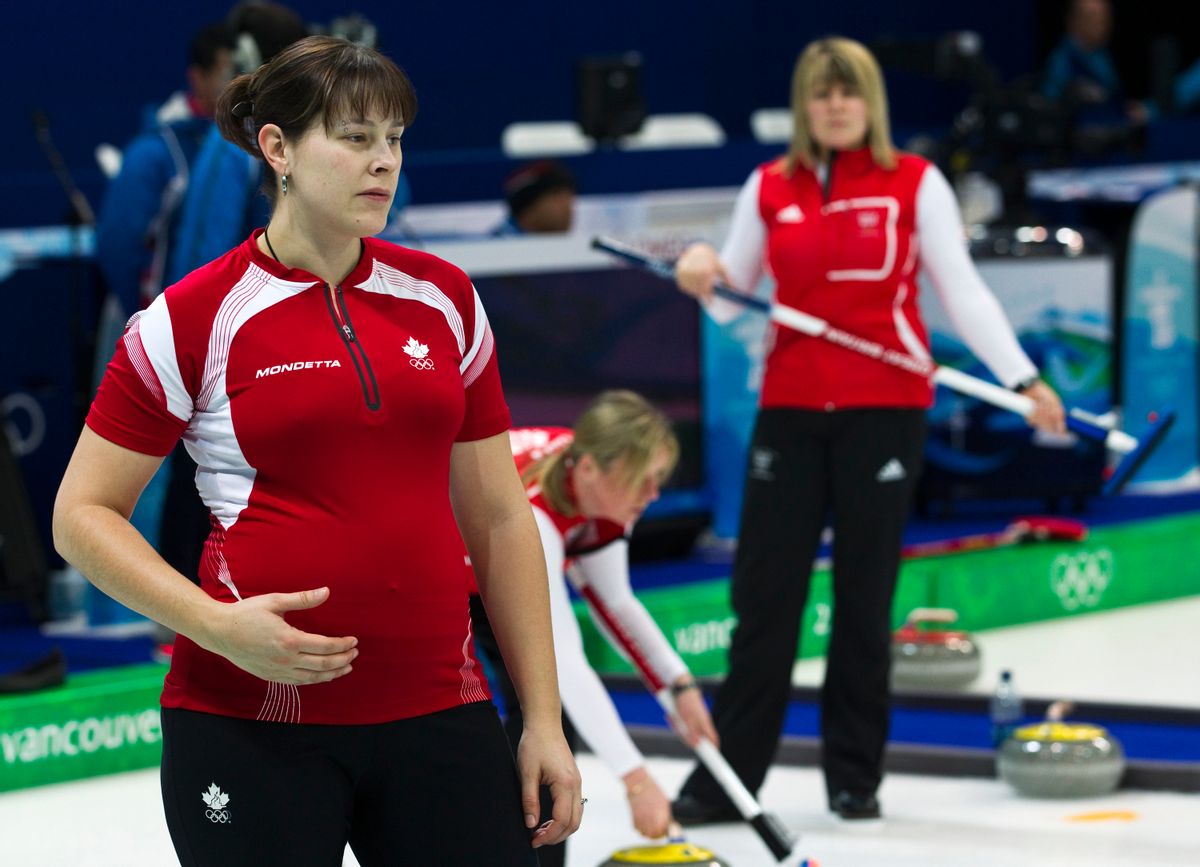 I am loving curling right now. Not only is it one of the most entertainingly absurd winter sports -- seriously, have you witnessed the furious sweeping? -- but this year it offers a rarity: a pregnant Olympian. Kristie Moore, an alternate on Team Canada, is 5 1/2 months preggers.

There is something deeply satisfying about seeing a pregnant athlete at the Olympics. For one, it doesn't happen all that often: Only two pregnant Olympians (that we know of, at least) have come before Moore -- a German woman won fourth place in the skeleton in 2006 and a Swedish figure skater won gold some 90 years ago. More than that, though, she offers up an awesome embodiment of both nurturer and competitor, mother and warrior. I could start slinging the Women's Studies jargon about feminine archetypes and the medicalization of motherhood -- and yadda, yadda, yadda -- but it's really much simpler than all that. The dangers of doing, well, anything while pregnant are often greatly exaggerated, and Moore offers a healthy contrast.

I'm not suggesting we start sending athletes who are 8 months pregnant waddling around the racetrack or into the boxing ring -- it's just, most women are not crippled by a wee baby bump. In fact, doctors recommend that active women remain active during their pregnancies. It's perfectly safe for Moore to take part in both Olympic and maternal rites of passage, all at once. As team leader Cheryl Bernard told the Associated Press, "She is young and fit. There's no reason we'll have any problems, and she'll be out there" (although, while she has hit the ice during practices, she won't compete unless one of her teammates is injured). And get a load of this charming factoid from the AP: "Moore's mother curled while pregnant with both Moore and her older brother, Chad -- playing until a week before Chad arrived."