Getting a "Golden Girl" on "SNL" 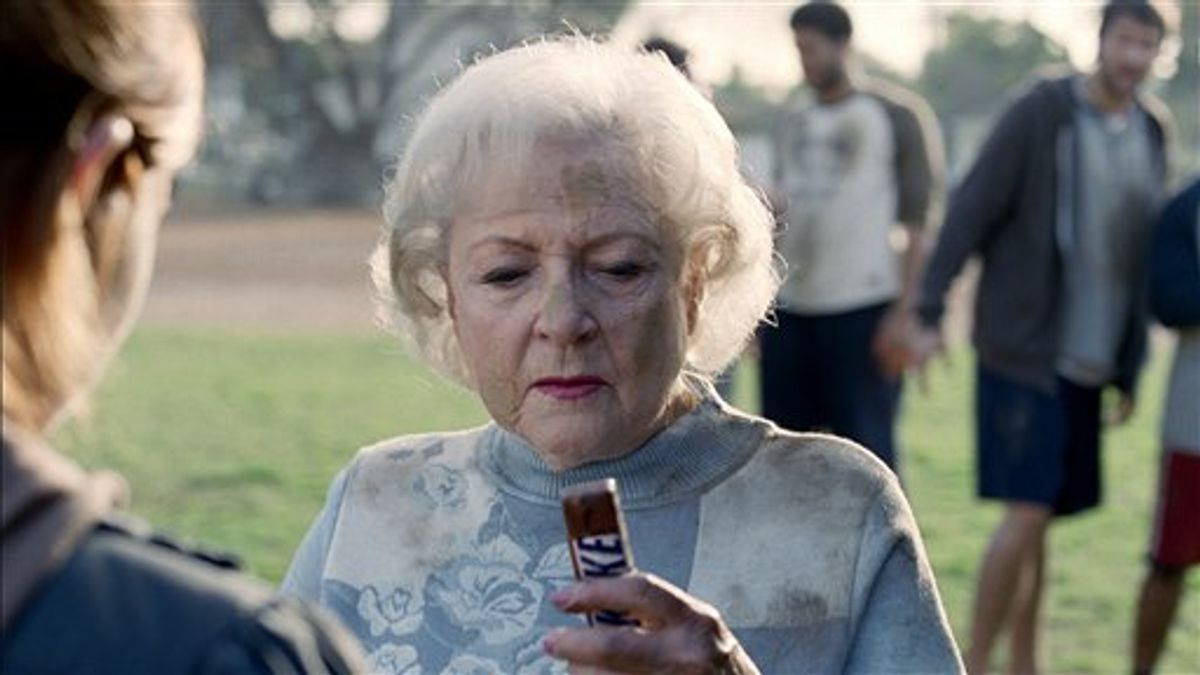 Diane Sawyer was apparently so perplexed by the popularity of the Facebook group "Betty White to Host SNL (please?)!" that she called up the 88-year-old actress herself for a special ABC World News segment. Seriously, this happened. CNN even featured a story about the group's 379,239 members (and growing) as a top news story. What's next, a Pentagon inquiry?

The question underlying all of this, OK, kind of adorable cross-generational confusion seems to be: So, what's the deal with these crazy kids? Why do they suddenly care about getting the "Golden Girls" star on "Saturday Night Live"?

Well, duh. For starters, the recent winner of a Lifetime Achievement Award starred in a Super Bowl commercial that proved to be a (literal) hit. Also: She's as American as apple pie -- but, like, specifically the decimated dessert in "American Pie." She's sugary sweet and filled with subversiveness. When she comes on-screen, you're ready to humor the cute little white-haired lady and then -- wham! -- she sideswipes you with an f-bomb and pretends to sling cocaine, explains how she lost her life savings in a male stripper's g-string or unapologetically talks about shagging William Shatner, Barack Obama or other male celebrities. She makes your real-life feisty grandma look like Miss Manners. And, as White puts it, she's "having the time of my life" -- and it shows.

As for whether the campaign is making an impression on the bigwigs at "SNL," we'll have to wait and see -- but word is they've been in contact with the actress' agent, and White says she's perfectly game. Here's hoping they recognize this as a rare opportunity to, you know, be mildly culturally relevant.