Join my mom and her friends at the retirement home as they debate salad dressing, Clint Eastwood and the '70s 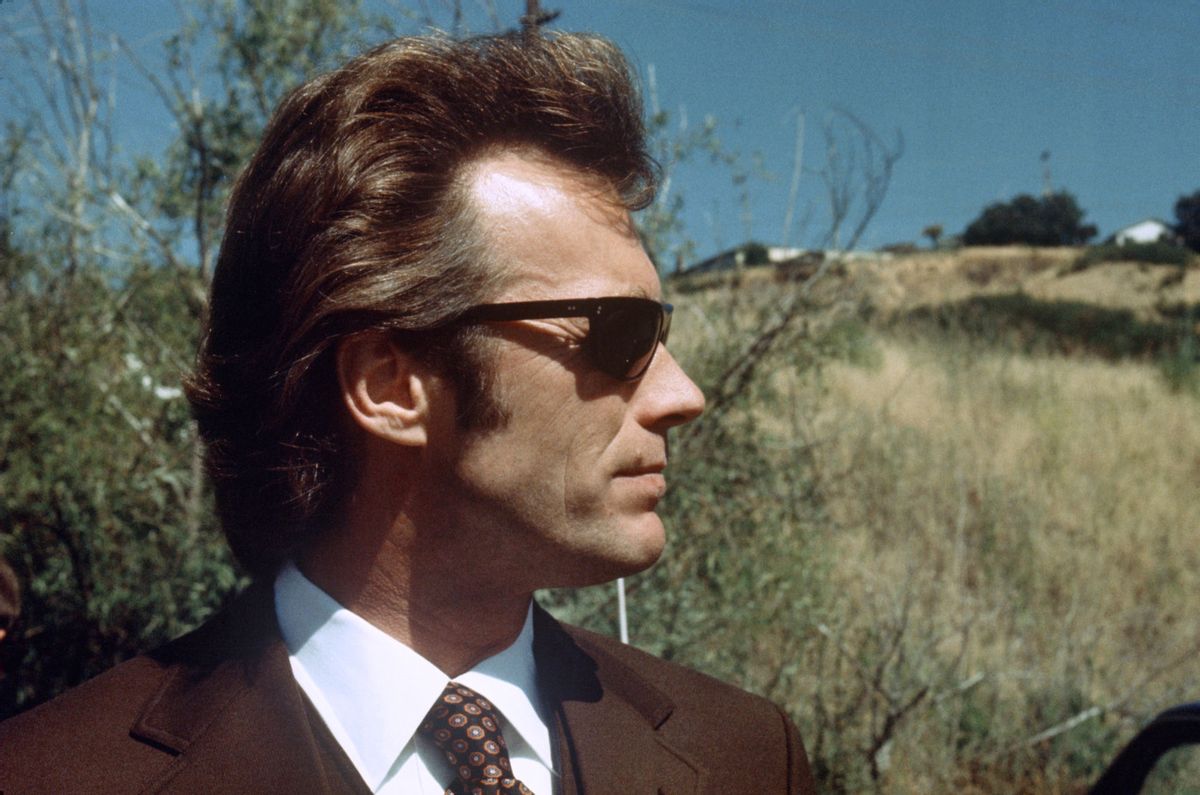 Me: Why you pouting, Mom?

Louise: It's my fault, Deven.

Me: Miss Louise, what happened?

Louise: I picked the movie this week. Betty was in charge of directing the flier. She got a bit confused.

Mom: I was not confused. You were confused when you told me.

Louise: I didn't realize there was a mix-up until I saw the flier in the elevator yesterday.

Louise: Now Betty, you do not. It was a mistake anyone could have made.

Mom: You should have realized something was wrong when I told you that was Deven's favorite story when she was a child.

Louise: I might have if Deven wasn't such an unusual girl. I could see how "Dirty Harry" might have been her favorite story as a kid.

Me: Are you talking about "Harry the Dirty Dog"? I did love that book.

Mom: Hmm. So if you really think about it, it's Deven's fault. Deven, you shouldn't be so weird.

Me: Nature or nurture, I don't see how you're going to completely escape culpability on this one.

Tansy: Wow. Shooting right off the bat. This is going to be good.

Louise: Look how young he looks, not at all like he looks on the salad dressing.

Me: I think you're thinking of Paul Newman.

Tansy: I think about Paul Newman all the time.

Louise: If he didn't, he could just call Bill Gates. He's very paleontological too.

Me: I think you mean philanthropic and, again, it's Paul Newman with the salad dressing, not Clint Eastwood.

Tansy: I don't want him to pay. I want a blood bath!

Mom: At my last retirement home we had a man that wandered around looking like he was in an excited state. Turns out he was just stealing fruit from the dining room.

Louise: Is that Huggy Bear? I bet this is where he got his start.

Tansy: When do we meet the dog?

Tansy: Woohoo! Shooting! Wow, he's just firing bullets into the crowd. They don't let them do that on "Law and Order."

Mom: That's because the "CSI Miami" people would get them.

Tansy: He's getting a new partner. I bet this is where the dog comes in.

Tansy: The chief just said his new partner is Chico Gonzalez. It's going to be a police Chihuahua!

Mom: For Pete's sake, Tansy. Chico is that Spanish man in the room with them.

Me: I want to see a movie about a police Chihuahua. They could call it "Bloody Ankles."

Mom: Dirty Harry is a bit like you, Thelma. He hates everybody.

Thelma: I don't mind being called Dirty Thelma. Sort of has a ring to it.

Tansy: That boy with the ice cream will never know it was his lucky day.

Me: Bob's not here. Does anyone else need to go to the bathroom?

Thelma: They'd have to be better boobies than that to make me need to tinkle.

Mom: Is that Bruce Wayne that's going to jump off the roof?

Louise: No, everybody looked like Batman in the '70s.

Thelma: Don't ever answer the door naked. I'm talking to you, Tansy.

Tansy: Then don't ring my bell after 9.

Mom: This is exciting and all, but why wouldn't they just stand by the building exits and nab him then?

Louise: The way I remember it, this movie made a lot more sense in the '70s.

Mom: Remember how many people were getting buried alive back then? It was a fad.

Thelma: It's a fad around here that people just get buried.

Tansy: I'm going to see what I can hide in my sock.

Thelma: That's all we need, Tansy, you wandering around in ripped-up knee highs with steak knives poking out.

Mom: Rats, he didn't get mugged.

Tansy: Maybe this is the part where the dog saves him.

Louise: There is no dog, Tansy.

Mom: I bet this is a setup.

Thelma: This is a lot like a "Rockford Files" I saw. Except it's not as funny and doesn't make as much sense.

Tansy: Shoot him! Stab him! Sic the dog on him!

Thelma: Calm down, Tansy. Sooner or later the guy will die.

Tansy: Well, sooner or later we're all going to die. I just want to see this guy die.

Thelma: Nope, still don't have to pee. Why is he paying that guy to beat him? Is he a pervert?

Louise: He's a pervert, but he's having that guy beat him up to make it look like the salad-dressing guy is stalking him.

Tansy: Did you see that? He just whacked that guy over the head with a bottle! WHACK!

Louise: Kids aren't that stupid. They would know this guy was a weirdo. And nowadays the kids wouldn't be singing "Old McDonald," they'd be singing some kind of horrible song about lady butts.

Mom: If they had "CSI Miami" back then, this would have all been over with in the first half hour.

Me: OK, so let me get this straight: Harry is a rogue kind of cop. Shoots into crowds, doesn't follow orders, antagonized the bad guy, messed up an arrest that resulted in the guy going free after he murdered several people, but the city of San Francisco is picking him to make the second money drop?

Mom: San Francisco is kind of a crazy city, Deven. That's probably why they picked it to shoot the movie in. That, and this was the '70s. They did stuff like this in the '70s.

Me: Why do you think that?

Mom: There weren't computers and cable everywhere back then. You could do stupid stuff and it wouldn't end up on TMZ.

Thelma: Now where is he going? Is this a gold mine?

Thelma: If we get lucky, maybe it will be a murder-suicide.

Tansy: HE SHOT HIM!

Mom: Those kids are going to need therapy. That would have made a better movie.

Tansy: Ohhhhhh ... I bet that's where the dog comes in. They'll have the kids do that doggie therapy.

Tansy: Did the salad-dressing guy donate the dogs?