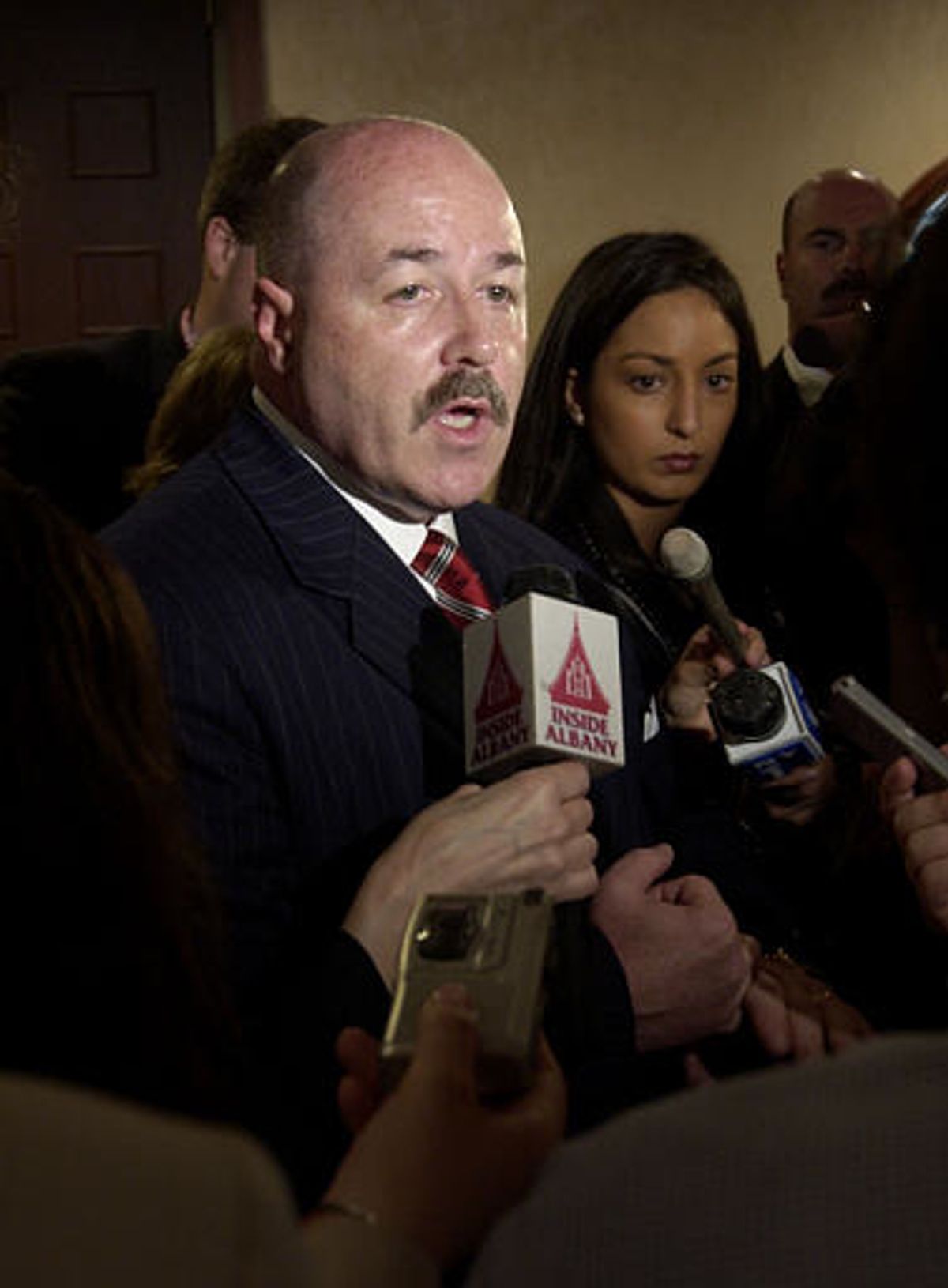 Former New York City Police Commissioner Bernie Kerik has been learning the hard way about just how hard it can be to be on the other side of the law. Even before his trial on federal corruption and fraud charges was scheduled to begin, he managed to anger the presiding judge enough that the judge revoked his bail and sent him to jail. On Thursday, the judge delivered some more bad news for Kerik.

Under the plea deal the former commissioner made with prosecutors when he plead guilty to eight felonies, federal guidelines said Kerik should get a sentence of 27 to 33 months in prison. But the judge wasn't bound by that; instead, he set the time Kerik will serve at four years.

In one sense, Kerik was lucky; the maximum sentence he could have received was 61 years, though -- as is often the case -- that never really seemed to be a serious consideration.