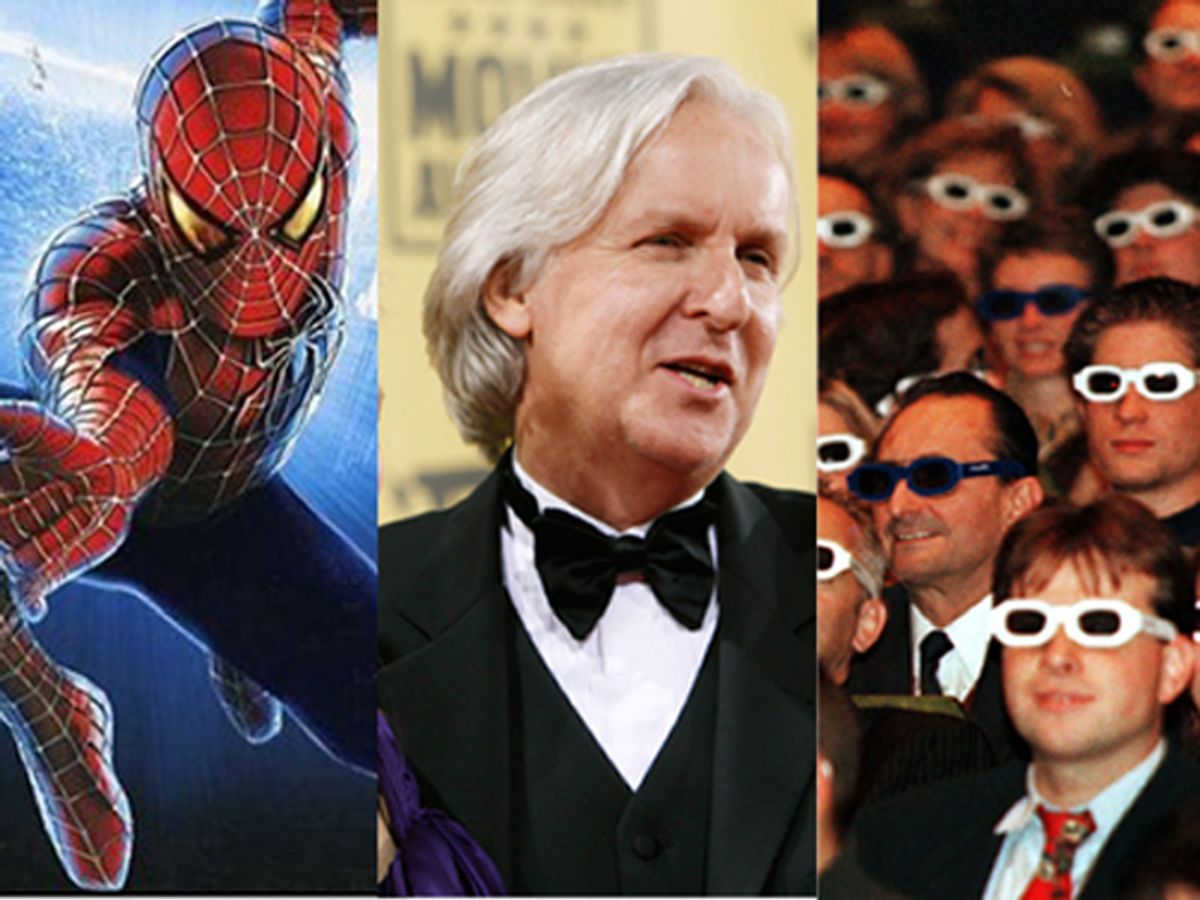 Reviewers at indieWIRE are so unenthusiastic about the Berlin International Film Festival that they're deeming it a "two-star" festival. According to Shane Danielson, "There were some good films, though not a lot. But then, there weren’t many outright stinkers, either. The market hummed along without seeming to achieve much, either in terms of major sales or -- to use that all-purpose industry index -- 'buzz’."

Variety reports that Judd Apatow and Paul Feig, the duo responsible for the much-celebrated "Freaks and Geeks," are set to produce a new film starring Kristen Wiig of "Saturday Night Live," who also co-wrote the screenplay. Apatow will handle producing duties, while Feig will direct the movie rumored to be about "women competing to plan a friend's wedding party."

In other movie-collaboration news, it turns out Scorsese and von Trier are not discussing plans to make an updated version of "Taxi Driver." The gossip gaining strength throughout the hype-incubator known as the Internet is "unequivocally false," said Scorsese’s publicist, Leslee Dart.

Although technically not a collaboration, Marc Webb, the man in charge of rebooting the "Spider-Man" franchise in 3D, is looking for guidance from the Na'vi progenitor, James Cameron. And from the sounds of it, Cameron's glad to be involved with the cherished web-slinger as opposed to those lesser-known superheroes: "I feel there are too many superhero movies right now, I think Hollywood's in a bit of a rut. They've done the good ones and they're starting to get down to the second and third tier of superheroes -- the guys that would not be asked to speak at the annual superhero dinner."

Comic-book characters aren't the only commodities bloating the movie industry. Too much of a good thing, it turns out, also applies to 3D movies. Unfortunately, there aren't enough Imax screens for all of the new 3D films coming out, and the boost is turning into a bottleneck. Theaters aren't willing to give up the "Avatar" juggernaut to allow screen time for Disney's "Alice in Wonderland." In other bad news for Tim Burton and Johnny Depp's latest neo-Goth collaboration, cinemas in Britain are threatening to boycott the film altogether because Disney is planning to release "Alice in Wonderland" on DVD earlier than usual, thus cutting into the theaters' potential profits.

With Quentin Tarantino's "Inglourious Basterds" garnering both financial and critical success, as well as piling up Oscar nominations, the Guardian argues that the auteur will have unprecedented liberty with his next project. Or is the opposite true? In a healthy dose of movie dialectic, Cinematical counters that Tarantino has backed himself into a corner through overuse of homage. In the Los Angeles Times, Tarantino states: "Here's my problem with this whole influence thing: Instead of critics reviewing my movies, now what they're really doing is trying to match wits with me. Every time they review my movies it's like they want to play chess with the mastermind and show off every reference they can find, even when half of it is all of their own making."

Another film-adaptation of Mary Shelley's "Frankenstein" is in the making, except this version will be based on the writings of Dean R. Koontz and set in New Orleans.

Scared? If not, check out a list of the 25 Most Disturbing Movies: Part I.

If you're not a fan of frightening yourself, and you'd rather laugh instead, witness Wisconsin denizens pretend to be Na'vi in a sparse woodland area. It's called LARPing -- Live Avatar Role Playing -- and it's fun to watch.