Does it have more to do with the race to succeed Reid? 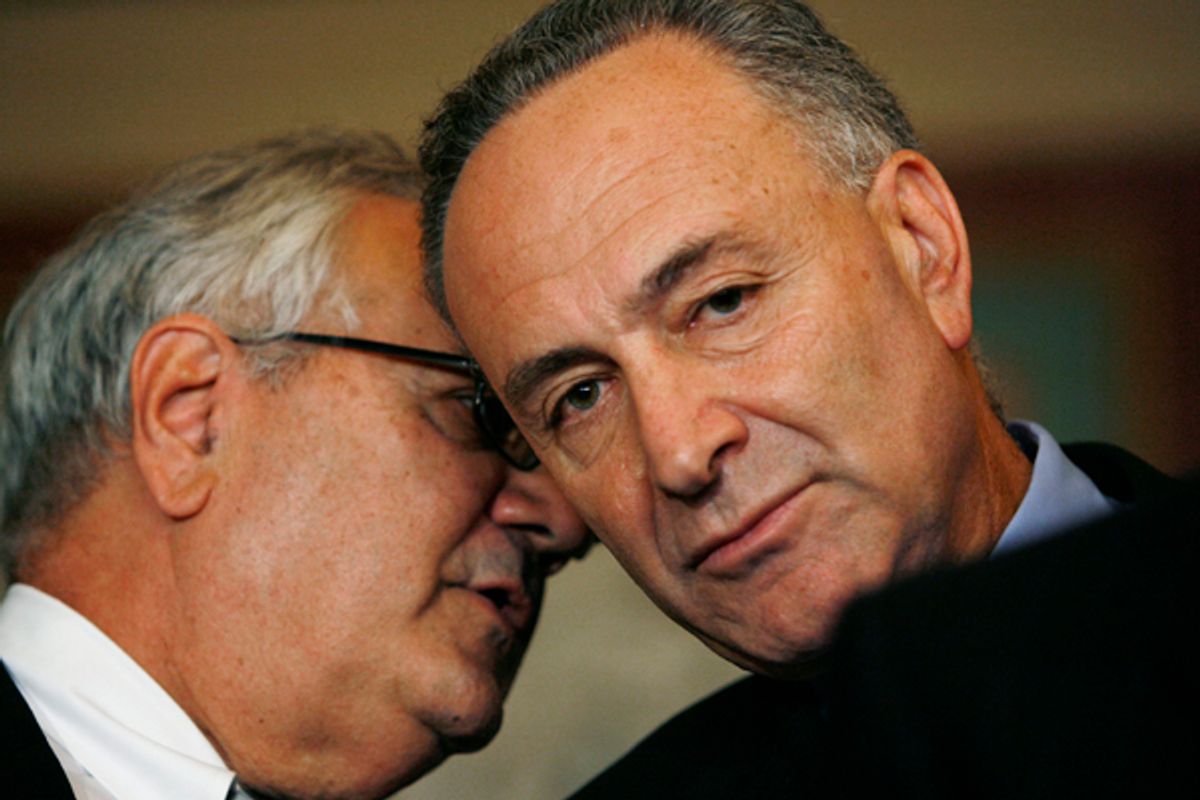 An effort to revive the public option by using a Senate procedure known as reconciliation to pass it without threat of filibuster is gaining steam. A letter circulated by Sen. Michael Bennet, D-Colo., and three other senators that urges Majority Leader Harry Reid to opt for reconciliation now has 17 signatures in total, up from 11 just yesterday. And the latest name to sign on is a big one, Sen. Chuck Schumer, D-N.Y.

Schumer's support matters because of his stature within the caucus; he's a member of the leadership, and his fellow senators respect his political acumen, so some may be swayed by his apparent belief that this is a winning issue. More, it's a sign of what may be ahead; Reid isn't expected to win reelection this year, and if he does lose, Schumer's a likely candidate to replace him. He's been staking out a position on the public option generally that could give him a boost in that race, and this decision only adds to that -- as a side effect, it's a bit of a headache for Reid, too.