The president travels to Nevada, stumps hard for Senate leader, but it's unlikely to make a difference 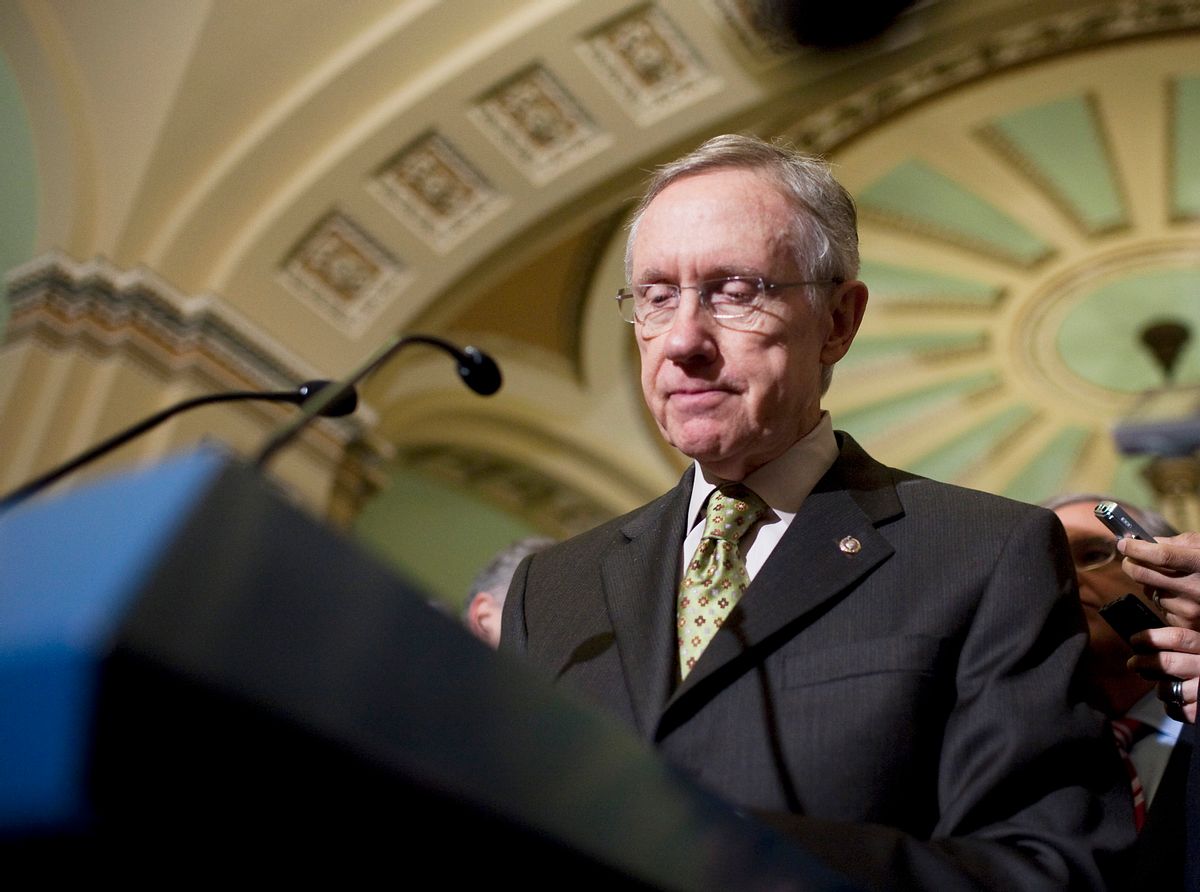 Senate Majority Leader Harry Reid (D-NV) speaks to the media about the election of Republican Scott Brown to the U.S. Senate from Massachusetts after a special election on Capitol Hill in Washington January 20, 2010. Reid yielded to calls from members of both parties on Thursday and said the Senate would take no additional action on sweeping healthcare legislation until Republican Senator-elect Brown is seated. REUTERS/Joshua Roberts (UNITED STATES - Tags: POLITICS) (Reuters)
--

For President Obama, this Friday might as well have been Harry Reid Day. Even without a presidential declaration giving it the official name, Obama's day so far has been all about campaigning for the Senate majority leader.

Obama held two events in Reid's home state of Nevada on Friday, a town hall at a high school in Henderson and a speech to the Las Vegas Chamber of Commerce and the Las Vegas Convention and Visitors Authority. At both events, the president made it clear that this trip was all about trying to give Reid's reelection campaign a much-needed boost.

Even the choice of location for the second event of the day was a favor to Reid. Obama spoke to the Chamber and the LVCVA at the Aria Casino, which is part of City Center, an enormous multi-casino development that's part of an enormous new multi-casino development, City Center. the senator was a big backer of CityCenter, the largest private construction project in American history, which faced serious difficulties -- including the threat of bankruptcy -- once the recession began. Reid has even run an ad touting his work on behalf of the development.

The president wasn't sparing with his praise of Reid.

"You could not have a better fighter on behalf of the people of Nevada than Sen. Harry Reid. I'm proud to call him a friend," Obama said during the speech at CityCenter.

"He's never been afraid to make tough decisions, even if they weren't politically popular, if they were the right decisions for his state and the right decisions for America. So I just want to reiterate: His leadership has made a tremendous difference. Through these economic storms, he's never lost sight of the struggles and the hardships of the people who sent him to Washington. Every Nevadan should know the strength and the character of the man that I hope and expect to serve in Washington for many years to come. So thank you, Harry, for doing the work you do."

Those words, and the president's appearance, might give Reid and his supporters some brief moments of cheer. But they're unlikely to provide much more than that. At this point in the campaign, the majority leader looks all but doomed to defeat; he's trailing both of his potential Republican opponents in the polls, and has been for months. An appearance by the president can certainly get donors' wallets to open up a bit wider, but Reid has plenty of money, and it's not doing much for him so far.

Other than that, these days endorsements -- even from relatively popular politicians -- just don't do much in races like this one. Once upon a time, when elected officials had huge machines behind them, endorsements could really turn a race. Now, things are different. Look, for example, at New Jersey Gov. Jon Corzine's reelection campaign last year; Obama stumped for him, too, and Corzine spent much of the race trying to link himself as closely to the president as possible. He lost anyway.