On swing through Nevada, president tries to make amends for previous comments about Sin City 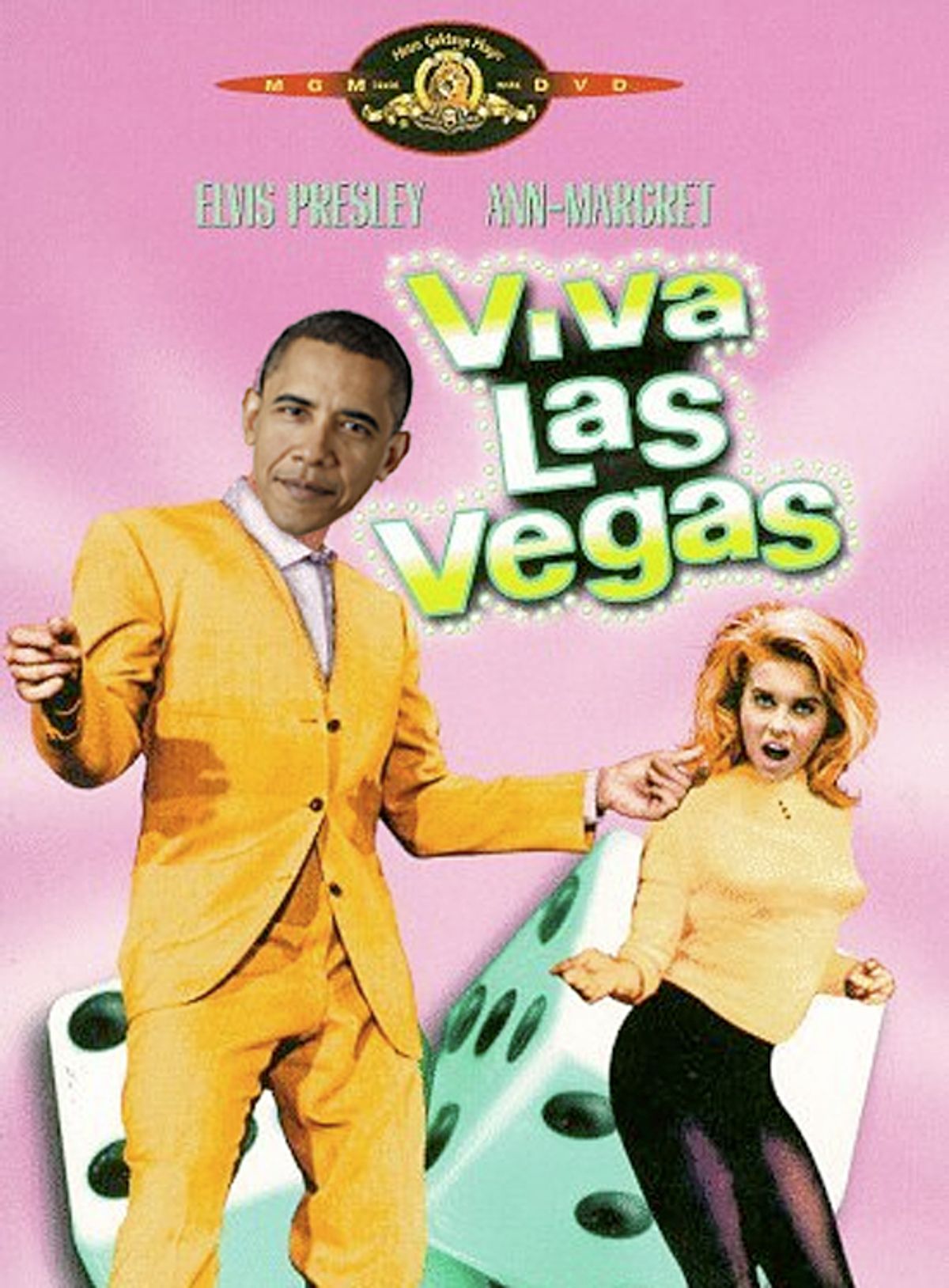 President Obama hasn't won himself many fans in Las Vegas. A couple of fairly innocent comments he's made in which he appeared to disparage the city or suggest that people shouldn't be blowing their money there got him in trouble with Mayor Oscar Goodman, whose responses turned into minor news stories.

But Obama's in Nevada Friday, stumping for Senate Majority Leader Harry Reid, so the White House invited Goodman to attend the town hall Obama and Reid hosted. The mayor declined, and hit out against the president once again, saying, "We are hurting, we have people in foreclosures, we have people having a hard time feeding their families and we can't stand to have a flippant statement made. I haven't heard an apology, I haven't heard a response, all I do is get invitations."

Obama, though, seems to want to bury the hatchet. During the questiion-and-answer session, he got a question from a man who'd come from Jonesboro, Ark. That led to this exchange:

OBAMA: What are you doing all the way here in Vegas?

AUDIENCE MEMBER: Everybody comes to Vegas.

OBAMA: That's what I'm talking about. There you go. Everybody comes to Vegas. Now, here's my only question: Have you spent some money here in Vegas?

OBAMA: Oh, he says, yes, sir. He's spending some money in Vegas. Alright. That's good. We like to see that.

Afterward, Obama handed everyone in the audience two-for-one coupons to Circus Circus' buffet.

Update: Speaking to the Las Vegas Chamber of Commerce and the Las Vegas Convention and Visitors Authority just now, Obama was back on the subject, and he made the connection to the previous controversies explicit.

"Before I go any further, let me set the record straight: I love Vegas! Always have," Obama said, prompting a very loud round of applause. He continued:

Love Vegas. Enjoy myself every time I've had an opportunity to visit. In fact, just last night I drew a flush on the river and cut the budget deficit in half.