First American to win since Brian Boitano in 1988 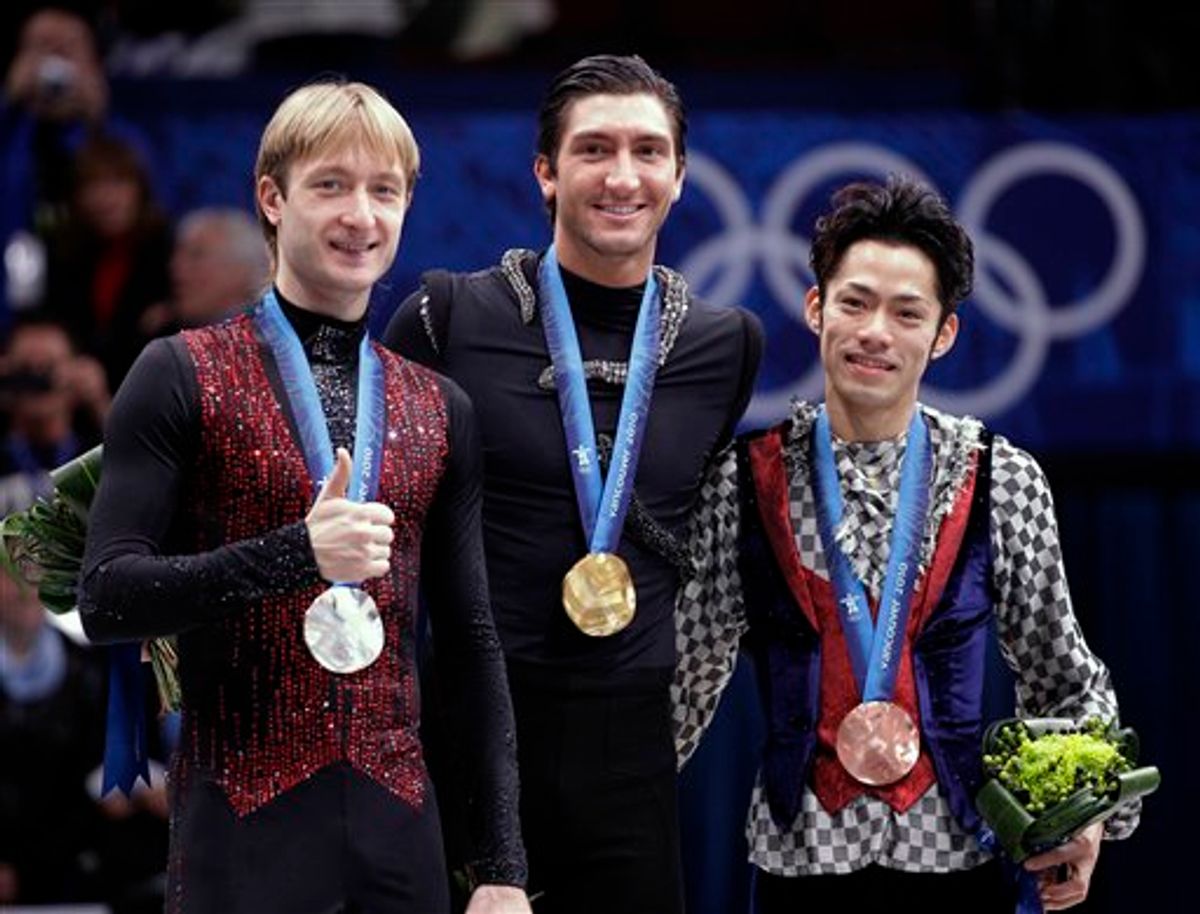 Evan Lysacek says his gold-medal performance in men's figure skating has not sunk in yet and that he would love "to be there" for the 2014 Winter Olympics in Sochi, Russia.

Talking to NBC's "Today" show Friday morning, the American says he is ecstatic about the whole evening.

Lysacek says he felt his program was strong enough that he didn't need a quadruple jump to beat Plushenko, who led after the short program and does the difficult leap.

He did say, though, that he had questioned the decision.