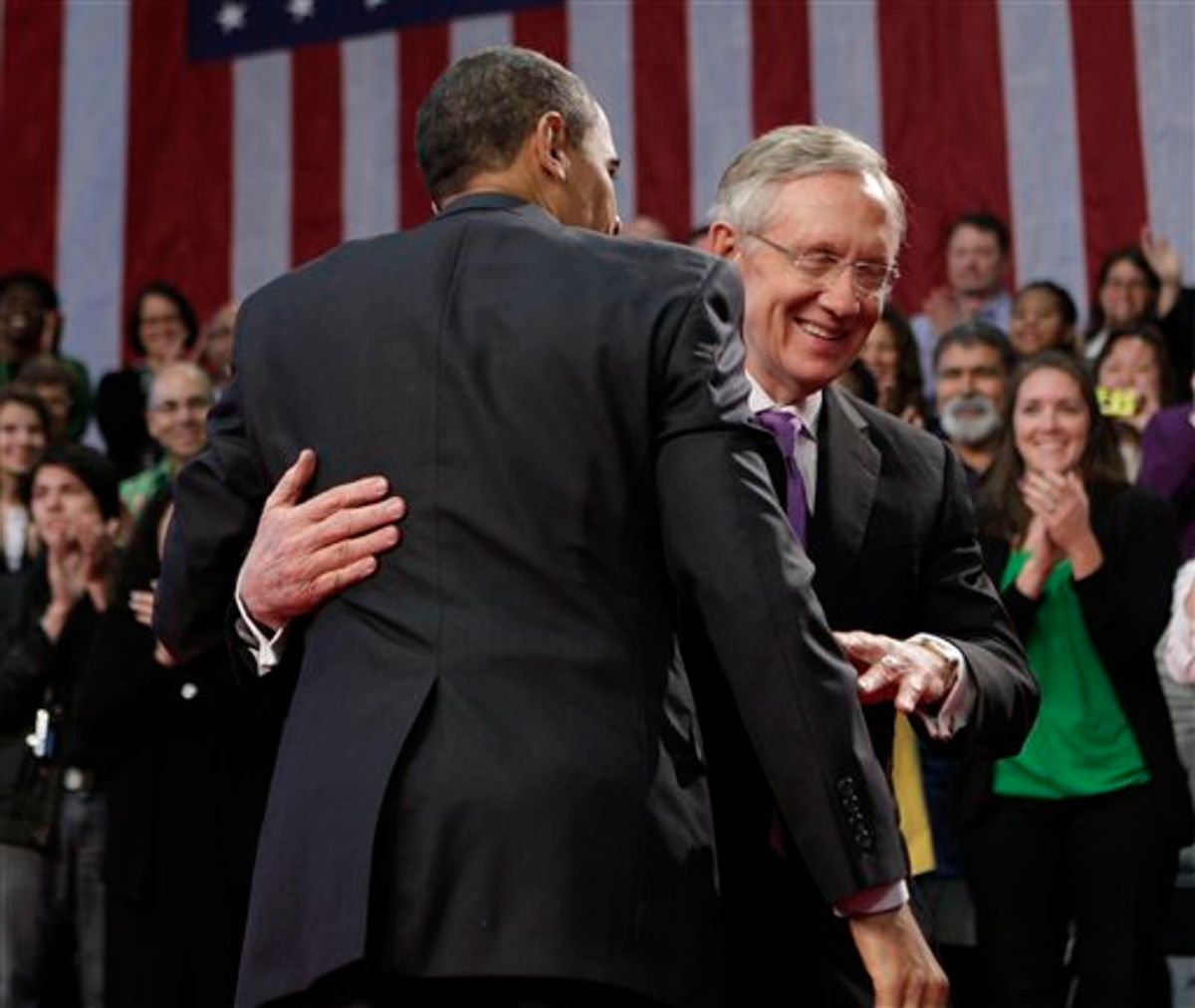 The public option's been declared dead a number of times now, but it's always come back. Still, after Scott Brown was elected to replace the late Sen. Ted Kennedy, taking away the Democrats' 60th vote in the Senate, it appeared the idea for a government-run health insurer had finally run out of lives. This week, though, it's been resurrected once again.

The proposal got a push from a letter, organized by four senators and pushed by progressive groups, that encourages Senate Majority Leader Harry Reid to consider using a Senate procedure known as reconciliation to get around the filibuster and pass a healthcare bill that includes a public option. By Friday, 18 senators had signed on. And on Friday afternoon, the effort got a new boost from Harry Reid's office.

"Senator Reid has always and continues to support the public option as a way to drive down costs and create competition.  That is why he included the measure in his original health care proposal," Reid spokesman Rodell Molineau said in a statement provided to Salon (which Greg Sargent was first to report). "If a decision is made to use reconciliation to advance health care, Senator Reid will work with the White House, House and members of his caucus in an effort to craft a public option that can overcome procedural obstacles and secure enough votes."

Under reconciliation, filibusters are not allowed, and a normal majority -- 51 votes -- is all that's needed to pass legislation. But Senate Democrats have been reluctant to pull the trigger on it, fearing political fallout and restrictions imposed on anything considered under the measure that would mean cutting out important parts of the healthcare legislation as currently written.

It's probably not time for proponents of the public option to get their hopes up, though. As things stand right now, it's not clear that a bill can pass through reconciliation even if it doesn't include a public option; adding the proposal would only make things more difficult. And while Molineau's statement is by itself a win for liberals, it leaves Reid a whole lot of wiggle room.