We had a screenplay and producers -- and the first leading man we asked said yes. That's when the trouble started 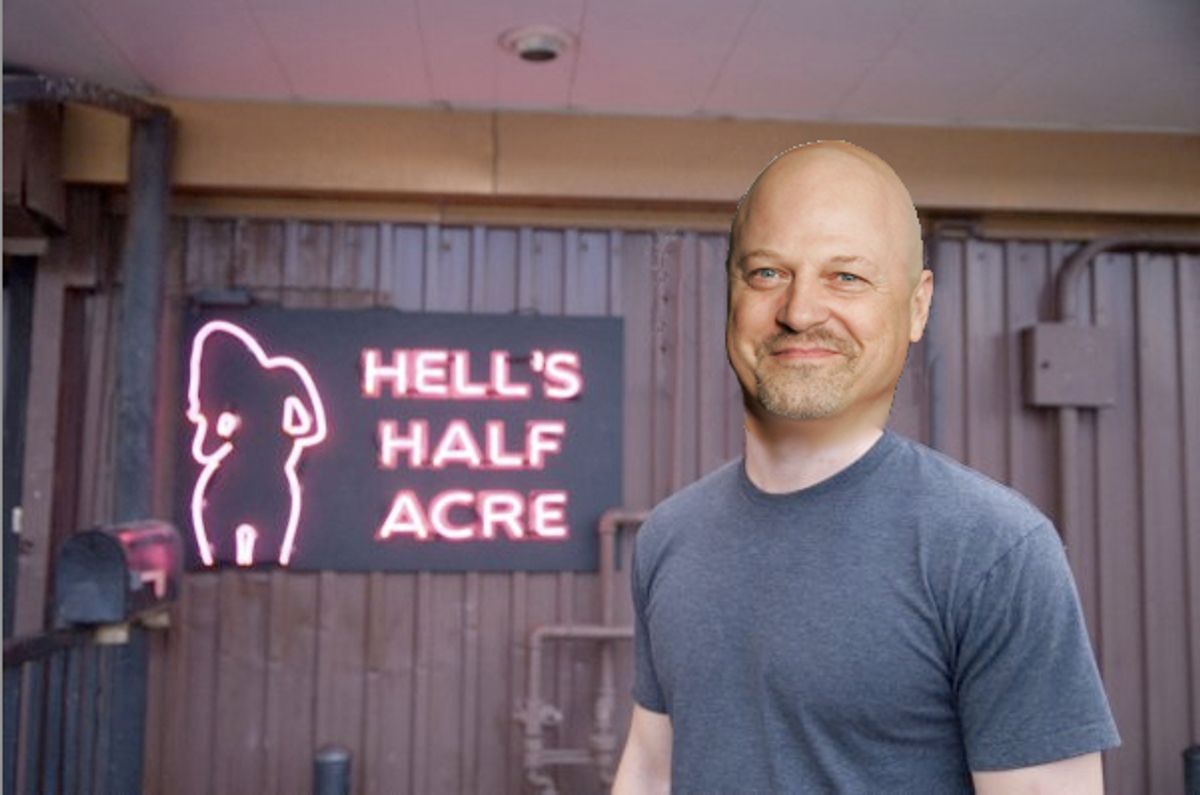 "City Island" was written in a kind of fevered rush in the infamous month of September 2001. I was seized with the idea and, unlike any of my other scripts, proceeded without an outline, watching the pieces of the story fall into place with an odd inevitability. Indeed, the writing somehow felt more like a process of taking dictation from some unknown source as I rushed to keep up with what the characters were saying and doing and where they were going. When I was finished, I showed the script to a couple of trusted friends and advisers and waited nervously; my fear was that it was an overcaffeinated writing binge that made sense at the time but would provoke more head scratching than hand clapping.

But to my relief, people seemed to like it. Very few notes or complaints. Lots of enthusiasm. Since this was the first time in my many years of screenplay creating that I’d had an experience quite like this, I decided that this meant this would be the first time that making a movie out of a script wouldn’t be a teeth-pulling, gut-wrenching, blood-letting experience.

Of course, I write this eight years later with the movie coming out on March 19, so you can see that this last prediction didn’t exactly come true. Rather than leaping effortlessly into production, "City Island" instead lurched and tripped along, stumbling, farting and burping like a cinematic town drunk who never quite makes it home and irritates the crap out of everyone along the way.

The project acquired its first set of producers a year after the screenplay was done -- two very nice guys with lots of good intentions, a little bit of option money and a killer case of "fear of photography," a syndrome in which anything that appears to be a step forward is regarded with fear and loathing and must be immediately countered with two steps backward. Progress was inordinately slow -- it took a year until I finally convinced them that the script was ready to submit to actors. We brought on ace casting director Sheila Jaffe ("The Sopranos," "Entourage," etc.) who I'd worked with on my previous films and we all went to Ca'Brea, a trendoid West Hollywood boite where we proceeded to loudly consider and discard names.

The first casting meeting on any project is, by far, the most enjoyable and delusional experience of the entire movie. You sit around tossing out famous name after famous name, roundly rejecting many or pretending to take others under careful consideration ("De Niro?" "Nah, too old!" "Pacino?" "Love him!" "Eric Roberts?" "Kidding!" etc.) The actual likelihood of getting one of the big names is not confronted at this early meeting -- indeed, the sky's the limit in the first cast meeting, with only our imaginations to stifle the proceedings. This is why you need a sharp casting mind like Sheila, who can tell you who is truly unlikely or uninterested in the kind of role you might be looking at them for. Or who takes forever to read, or won't read without an "offer," or who simply won't do anything unless a mega-studio deal is being dangled.

So the question was: Who had the mix of star power and appropriateness for the role, to be our Vince Rizzo? A working-class man, not too old but old enough to be the father of two teenagers and an older son who he meets in the prison where he's a correctional officer. A man with a tough exterior and a big heart that's been frozen for too long. A man who secretly yearns to bring out his inner artist -- his true ambition, which he's embarrassed by, is to be an actor. Who could possibly convey all these qualities, be serious, funny and emotional at the same time and deliver enough "marquee value" to help get the movie financed?

Yes, yes, I know the answer: Andy Garcia! But for reasons that I'll never comprehend, his was not a name that we first considered. Why, I don't know. We got stuck thinking that Vince had to be an Italian actor -- De Niro, Pacino, John Turturro, Stanley Tucci, James Gandolfini. These were the names we were throwing around that day at Ca'Brea. And in the end, we decided on our first submission. We sent the script to one of everyone's favorite Italian-American actors.

I knew Michael Chiklis from his then-newish show, "The Shield," as well as his turn playing Curly Howard in a surprisingly good TV biopic about the Three Stooges. His acting was dynamic, he was tough, and he also had a pathos that I thought might make him a good Vince Rizzo. He was Greek, not Italian, but who cared, really? The other thing I liked about him was that, while he was certainly well-known, he wasn't a mega-over-the-top-super-duper-A-list movie star. In other words, we stood a good chance of getting a fairly quick reaction as to whether or not the script was for him.

And we did. Almost immediately we got word from his agent that he really liked it! Never before in my career has the first actor I've sent something to evinced immediate interest.

Michael and I met and liked each other quite a bit. I saw a version of Vince Rizzo in the man -- tough, demanding and also sweet, funny and a bit ... insecure, perhaps? Michael had recently lost a lot of weight and undergone a kind of image makeover to become the star of "The Shield." This was clearly somebody who went after what he wanted in life -- and he was unabashed at telling me that he loved Vince Rizzo and wanted to be in my movie.

I flew back to New York and reported on my meeting to my producers. And they were happy too. Kind of. But I began to sense a reserve coming from them. Every time we spoke about the female roles, the names they were suggesting got bigger and bigger. What about Meryl Streep as his wife? What about Cate Blanchett as Molly, his friend in the acting class with whom he shares his big secret? Aside from the fact that most of the names didn't really seem right for the roles, they also seemed -- somehow lopsided. Like our $3 million movie with a respected TV name in the lead was teetering one way, while being overloaded on the opposite end with star power it probably couldn't accommodate.

Ultimately, though, I began to sense that the problem was one of expectations. You see, nobody really expects the first person you offer a movie to take it. Once Michael said yes, I think my producers began to wonder along these lines: "If the first guy who we tried loves it, maybe we can get..." And the names start swirling about: De Niro! Bruce Willis! John Travolta! You name it.

Well, humans are human, and oftentimes we have trouble accepting good fortune. While I really liked Michael and kept pushing to get the movie started by the upcoming break in his TV schedule, my producers seemed to be sliding in the other direction. Things got slower, the budget seemed to be getting smaller, and more and more impossible names were added to the female roles list, and soon Michael Chiklis -- no dummy he -- began to get a whiff that something was not going right. Who could blame him for being a little pissed? We offered him a movie, he said yes, the director wanted him, and suddenly the whole thing seemed to lose momentum. Then he was offered a part in "The Fantastic Four" and, of course, he took it. That was that. We'd lost his window ... and his interest.

I was depressed. We'd somehow torpedoed an opportunity that we'd created. Now we had to start all over again. My producers didn't seem daunted. After all, the first time out of the box we scored. How hard would it be to get a Vince Rizzo? Let's go to the agencies and try to land a big tuna! Travolta! Willis! Brad Pitt! Why not one of them?

A year later, we were still waiting for our calls to be returned.