President prepares for final push on reform with legislation intended to bridge gap between House, Senate 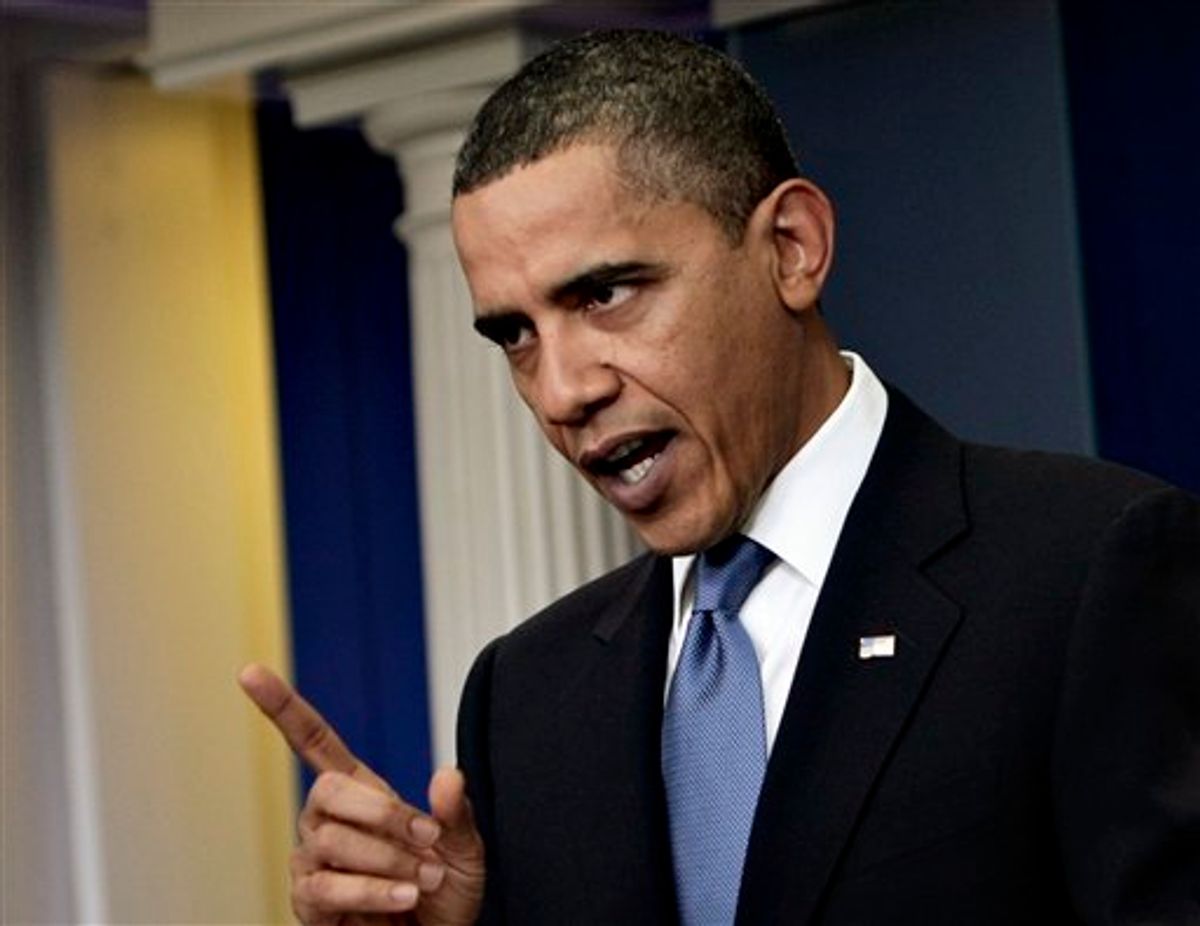 FILE - In this Feb. 9, 2010, file photo President Barack Obama speaks in the White House press briefing room in Washington. Obama has summoned both Democrats and Republicans to a White House summit to be cast live on C-SPAN and perhaps cable Thursday, Feb. 25, 2010, gambling that he can save his embattled health care overhaul by the power of persuasion. (AP Photo/J. Scott Applewhite, File) (AP)
--

For some time now, President Obama has been getting the credit -- or blame -- for Democrats' healthcare reform proposals. Until now, though, that wasn't really true; the legislation had always been written by members of Congress, not the White House. But as it prepares for what's likely to be a pivotal week for the issue, in a conference call with reporters on Monday morning the White House unveiled the outlines of its very own bill.

For the most part, Obama's own bill will read much like the one that the Senate passed the day before Christmas last year. There are some changes, however, most designed to make the Senate's legislation more palatable to House Democrats.

Perhaps most notably from a political perspective, this new proposal eliminates a special deal that Nebraska Sen. Ben Nelson got for his state under which the federal government would have paid for growth in Nebraska's Medicaid population. Coupling that change with the bipartisan summit on healthcare scheduled for Thursday, the White House will attempt to push back against Republican charges that reform legislation has been drafted in backrooms through shady deal-making.

There's a new element to this bill, too, one proposed by Sen. Dianne Feinstein, D-Calif., and not included in either the House or Senate bill. The legislation would create a Health Insurance Rate Authority,  which would oversee rate hikes by insurers. There's not much detail yet about how this would work, but it appears that the idea is to give the Health and Human Services secretary authority to block any particularly large increases in premiums.

There are still some things about the bill likely to give House Democrats pause. Biggest among them is actually an omission, one that will disappoint -- though probably not surprise -- liberals: The legislation does not include a public option.

A summary of the proposal, e-mailed to reporters Monday, can be downloaded and read in full in PDF form here. The White House has also posted additional information on its Web site. During the conference call, White House Communications Director Dan Pfeiffer made it fairly clear that move is designed to put pressure on Congressional Republicans as the bipartisan summit approaches; he challenged the GOP to work the various ideas they've put forward into a single proposal, and to make it available to the public as well -- he even offered to post it on the White House site for them.