His CPAC rants were crazy and false. It's past time for him to release all of the tapes -- with no strings attached 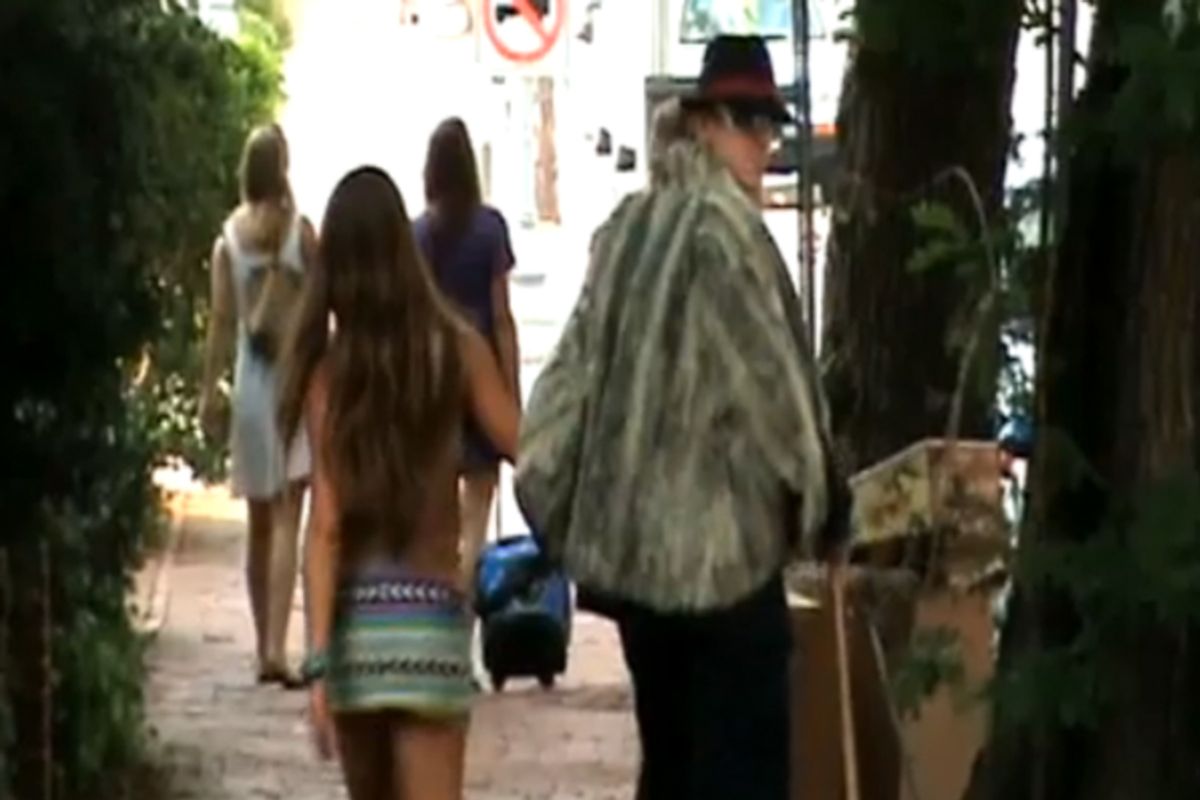 Nobody can deny that Andrew Breitbart, right-wing media impresario and acolyte of Matt Drudge, is relentless. His wild-eyed hectoring style, which places him somewhere between a coronary patient and a schoolyard bully, was on full display as he strutted around the Conservative Political Action Convention, trembling with disbelief and fury whenever Salon's Mike Madden dared ask a skeptical question about his misadventures in journalism.

While watching Breitbart get angry is fun, making sense of his indignant fulminations is difficult. But I undertook the task of transcribing and analyzing his latest remarks about the ACORN affair because that famous propaganda episode resulted in a severe distortion of the truth -- and because with Breitbart's access to the Republican media machine, the same kind of scam is very likely to occur again.

What made his appearances at CPAC interesting is that Breitbart has rarely been obliged to answer serious questions about the ACORN matter. Not that he delivers serious answers, of course. Consider the rambling responses posted on Salon, where he repeatedly talks over the questions:

When asked whether any actual prostitution was involved in the incidents taped by Hannah Giles and James O'Keefe at various ACORN offices, Breitbart replies, "They posed as a pimp and a hooker." Then he swiftly becomes infuriated. "I don't understand what you're talking about!" He shakes his head wildly: "Why do you think that's a point?

Not waiting for a reply, he continues: "Are you insane? ... Is your ideology so strong that when ACORN, in almost every office except for one" -- holding up a finger -- "are you so insane, that they helped them create 501C3s for this underage prostitution ring where we're gonna get 14-year-old girls, it's called sex slavery, you're supposed to be liberal and care about this shit, you don't care!" Here he starts shaking his head again, like an enraged toddler. "You don't care!"

At another point during CPAC, he went off on a riff complaining about Salon specifically: "How much did Salon look into the ACORN tapes and what they meant and how many people were helping to aid and abet a prostitution thing? No no no! You guys waited until the right moment to destroy Hannah and James and me because you understand that this was political, you understand that the Great Society has failed for you guys, and that the ACORN offices represented the Abu Ghraib of the Great Society, that this is where we put our money, this was government money, this was a shakedown operation aimed at Citibank, that this helps the Democratic Party exclusively. And as opposed to wanting to say, OK, we got caught fair and square, let's work to redeem ACORN, make it a better place -- instead, John Podesta, Max Blumenthal and the organized left said, let's wait until everything settles and let's destroy ..."

Readers unfamiliar with the full details of the ACORN saga will have no idea what he is huffing about when Breitbart starts blathering about "501C3s," which is jargon for a certain kind of tax-exempt nonprofit group, and slanders John Podesta, the president of the Center for American Progress, who chaired a special committee charged with reforming ACORN in the wake of the embarrassing videos. But suffice to say that on both counts he is prevaricating and sloppy.

Actually, nobody at ACORN ever "helped" Giles and O'Keefe to set up a nonprofit group for the purpose of underage prostitution. In fact, nobody at ACORN did anything to assist Giles and O'Keefe in their proposed fraud schemes, which is why nobody has ever been prosecuted (although several people were fired from their part-time, low-level jobs in the ACORN offices). As for Podesta, far from "waiting" to destroy Breitbart and his protégés,  he spent considerable time and effort in putting together a very detailed plan to "redeem" ACORN, which can be found here as part of a highly critical report on that organization.

(On Monday afternoon, there were reports that ACORN would be dissolving as a national organization and reconstituted as a series of state-based groups.)

So the answer to Breitbart's sarcastic question is that Salon -- like the rest of the media, most of which ballyhooed this non-story -- has never had a real opportunity to "look into the ACORN tapes and what they meant," because Breitbart has never released the complete tapes so we can all see how they were edited, how incriminating shots and audio were inserted, and exactly what was never posted at all.

On Monday, Breitbart told Salon's Madden -- in response to a request to release the tapes -- that he would “invite the press & blogosphere to watch us view the entire tapes [sic],” but then quickly added: “Philadelphia may not work due to the case between their employee and Hannah and James. But trust me there’s a lot of material there!”

Sure, Andrew: Trust but verify. He says that the full transcripts and full audio are already available on the Big Government website, but verifying that assertion obviously requires access to the complete videotapes. He should release all of the ACORN videotapes -- in their entirety, without voice-over and without conditions -- before he complains again that we or anybody else have failed to pay enough attention to them.