The lighter side of Paul Krugman

Did a New Yorker profile put the economist in a good mood? Or is it all about Obama's healthcare push? 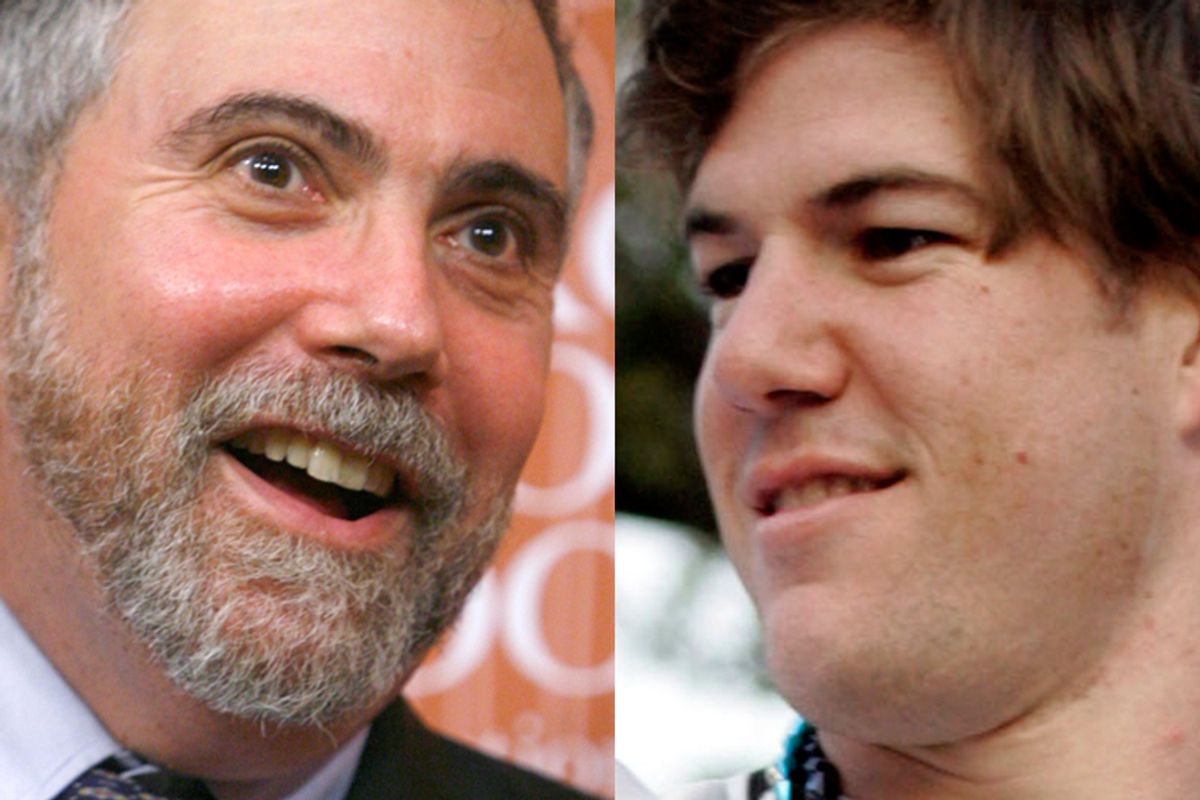 Fujita, who played his collegiate ball at U.C. Berkeley, told the New York Times last month that he gets some teasing in the locker room for the progressive politics of his alma mater's town, but that's cool.

"There is a certain stigma that comes with being from Berkeley," he said. "And I'm proud of that stigma."

Way to stand up, Scott! Berkeley salutes you. But now let's turn to Paul Krugman, who mentions Berkeley in the course of being interviewed by Larissa MacFarquhar for a lengthy profile in the March 1 edition of the New Yorker.

"The book tour for 'The Great Unravelling' was like revival meetings, because so few people were speaking out then," Krugman says. "There was a great event -- it was in Berkeley, which devalues it a bit -- but there was this event with a joint appearance by Al Franken, Kevin Phillips, and me, with three thousand people in the audience, and when we walked onstage we got a standing ovation. That would have been 2004."

Devalues?! Isn't the word you're looking for "ratifies"? Come on, Paul, embrace the stigma!

Before some of HTWW's more sensitive fans of Krugman (and our page-view statistics indicate that there are a LOT of you) take affront at my poking fun at the Nobel Prize-winning economist/liberal columnist icon, let me hasten to say I mean nothing but respect. If you have 20 minutes or so to spare, I strongly recommend a visit to the New Yorker. MacFarquhar is an excellent writer, and pulls off the difficult task of enlightening us as to both the person, and the economics, of Krugman. The whole tale of how he really didn't care much about politics until he was radicalized by George W. Bush is fascinating.

And read to the end: The kicker, which I won't spoil, is a thing of beauty.

I'm also wondering whether the prospect of the profile's publication put Krugman in an unwonted good mood, because his response -- "That's the style, Mr. President!" -- to President Obama's new push for healthcare includes the most positive vibes he's generated in months.

And if health care passes, and job numbers turn positive, November may be very different from what the Tea Party expects.