The Virginia delegate is trying to backpedal his gaffe about handicapped children and abortion. Don't let him 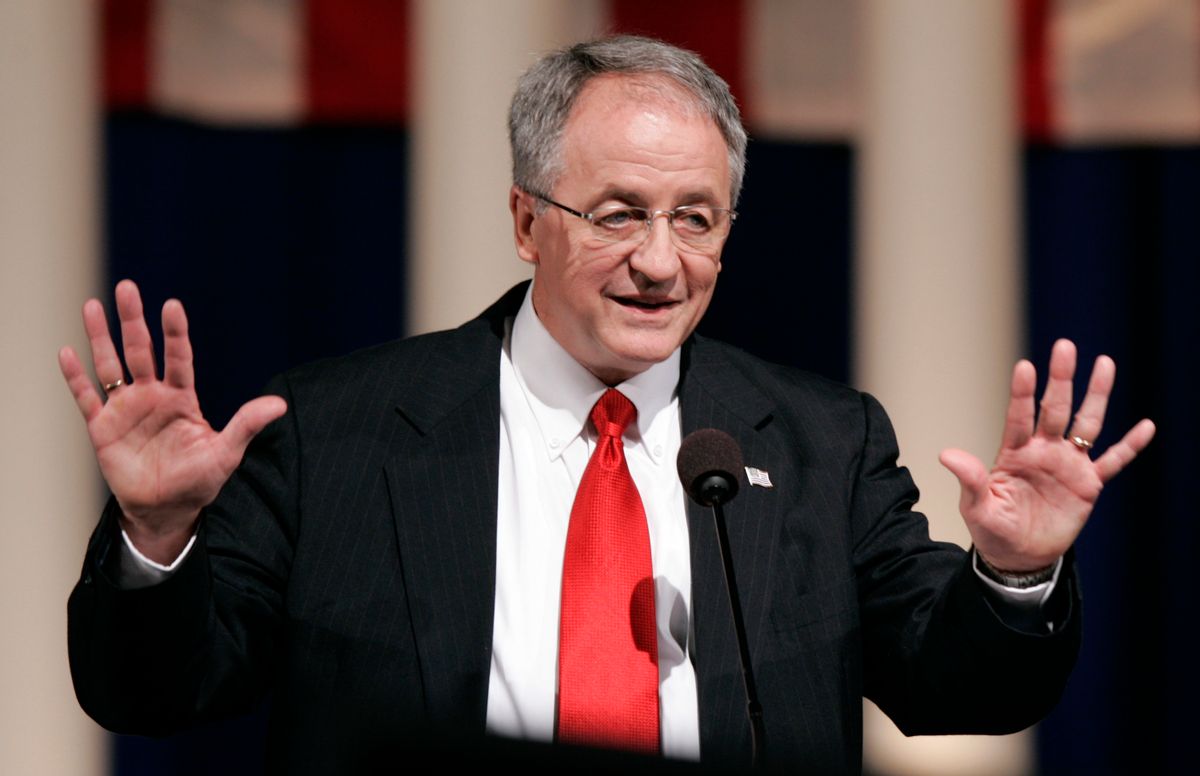 On Monday, Virginia delegate Bob Marshall issued an apology for some remarks he made last Thursday -- or perhaps for the reporting on them. It's a little unclear. "A story by Capital News Service regarding my remarks at a recent press conference opposing taxpayer funding for Planned Parenthood conveyed the impression that I believe disabled children are a punishment for prior abortions," reads his official statement. "No one who knows me or my record would imagine that I believe or intended to communicate such an offensive notion. I have devoted a generation of work to defending disabled and unwanted children, and have always maintained that they are special blessings to their parents. Nevertheless, I regret any misimpression my poorly chosen words may have created as to my deep commitment to fighting for these vulnerable children and their families."

Hmm, let's take a look at what caused that  "misimpression." According to the Staunton News Leader, Marshall's exact words at the press conference were:

The number of children who are born subsequent to a first abortion with handicaps has increased dramatically. Why? Because when you abort the first born of any, nature takes its vengeance on the subsequent children.

In the Old Testament, the first born of every being, animal and man, was dedicated to the Lord. There's a special punishment Christians would suggest.

Oh, dear. For someone who in no way intended to suggest that having a disabled child is punishment for having an abortion, those were some poorly chosen words, indeed! In fact, one could be forgiven for suspecting that that was exactly the message Marshall hoped to communicate -- "when you abort the first born of any, nature takes its vengeance on the subsequent children" is not a terribly ambiguous statement -- until someone pointed out to him that people were listening.

Marshall's remarks were so profoundly offensive on so many levels, it's hard to know where to begin. First, what the hell is he even talking about? The Washington Post reports that Marshall elaborated on his scientific claims with, "it's been verified by a study from Virginia Commonwealth University -- first abortions, of a first pregnancy, are much more damaging than later abortions," and that he's referring to a study published in the Journal of Epidemiology and Community Health in 2008. But that study compared women who had had one, two or three previous abortions to women who had had none -- not women who had "first abortions" to "later abortions" -- and as one of the authors, Dr. Saba W. Masho, told me in an e-mail, it only "drew a link to subsequent low birth weight and preterm birth, not to any disabilities." So, basically, the study demonstrates that abortion is a risk factor for a risk factor for disabilities, not that having an abortion will cause nature to seek vengeance on your future children, or that terminating your first pregnancy is "more damaging" than terminating a later one (I'm guessing Marshall would also call that implication a "poor choice of words," by the way). I'm still having trouble seeing how it verifies his claims. I'm also having trouble finding any other reference to a specific journal article supporting his assertions about the relationship between "first abortion" and disability, although Marshall has mentioned at least two studies to both the Washington Post and Talking Points Memo.

Next, here are some other factors correlated with low birth weight and pre-term birth: Teen parenthood, poverty, lack of prenatal care, a short interval between pregnancies, and a lack of social support. And yet, Marshall wants to defund Planned Parenthood -- which provides affordable birth control, sexual health information and prenatal care to the community, including to low-income women -- because he is just so concerned about babies being born too early or too small? That's about as logical as ... well, as saying that "nature takes its vengeance on the subsequent children" of women who have abortions.

And speaking of those subsequent children, no matter how much Marshall now says, "I don't believe that disabled kids are God's punishments, period, end of discussion" and talks about his record of support for children with disabilities, he doesn't deny making the original remarks. So, while he may not wish to discuss them any further, I think it's fair for us to dwell on them for a bit. I know I keep repeating this, but seriously, "nature takes its vengeance" not only on the woman who chooses to terminate a pregnancy, but on her children? "There's a special punishment Christians would suggest"? I'm sorry, sir, but you did, in fact equate disability with divine punishment right there -- which makes me wonder whether you also believe, say, that a woman who eats a hare's head will have children born with cleft lips? Because the rest of us stopped believing in those two things around the same time.

In fact, since the middle ages, some of us have even noticed that disability is to a certain extent socially constructed, and people who have disabilities or are raising children with them are not actually cursed, miserable wretches! The Christian father of an 8-year-old boy with autism summed up just how insulting that implication is in an interview with the Washington Post: "I am amazed that someone has been able to slander my child, my wife and my God in one comment."

As for Marshall's stampy-footed insistence that he didn't mean to say exactly what he did say, the mother of an 8-year-old with autism and cerebral palsy puts paid to that: "Quite honestly, I don't care what he intended to say. His comments were inappropriate and unacceptable, and something needs to be done." To that end, several groups and individuals are now calling for Marshall's resignation -- and the delegate, according to the Post, appears "shaken by criticism gone viral." Yes, I suppose someone who's been living in the 16th century would be.