Hates Salon, loves own voice, and is confusing on the subject of Abu Ghraib 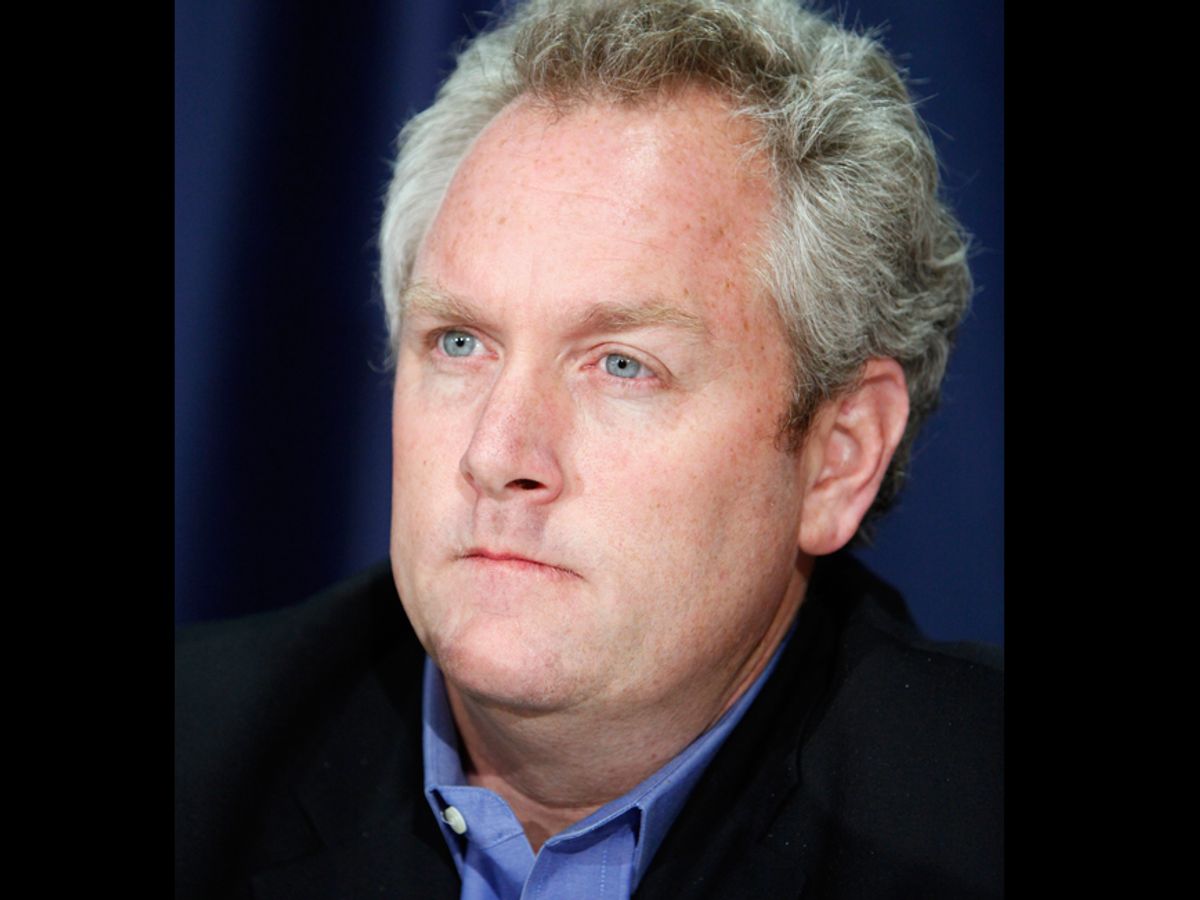 If you’ve been reading Salon for the past week, you may have noticed that we've gotten into a bit of a spat with Andrew Breitbart. It's not something we sought out, exactly. It apparently kicked off right around when Breitbart told our Washington correspondent, Mike Madden, "Salon was the forefront of destroying people… You guys are disgusting."

Now, I happen to think that Salon is made up of mainly well-kempt and hygienic folks. Nor am I aware of any grand plan in Salon headquarters -- which is, if you were wondering, up in the spire of the Empire State Building, and can only be entered precisely at midnight during a lightning storm -- to "destroy people." So where did this stuff come from? And, more to the point -- who is this wild-eyed guy shouting from my screen, and why did everyone at CPAC seem to love him so much?

I'd been vaguely aware of Breitbart for about a year, having seen a clip of him here and there. I knew he had a few political websites, and was somehow behind the James O'Keefe and Hannah Giles stunts. So I did some poking around. As it turns out, he's sort of a creature of predictable habits.

The obsessions of Andrew Breitbart

Breitbart's first true love, quite clearly, is his own voice. He spent an entire interview with MSNBC’s David Shuster shouting over the questions, so viewers got the remarkable spectacle of a real-life political version of sitcom 30 Rock's invented parody show, "Sports Shouting." (No clip available, but you can imagine it.) Spend an hour or two watching Breitbart online, and you’ll hear him reuse phrases of his own invention over and over. You know the saying  that good writers murder all their darlings? Breitbart trots his out for the cameras instead.

He told Salon this weekend, for example, that ACORN "represented the Abu Ghraib of the Great Society." It’s not clear exactly what that means, but the obscurity isn’t for Breitbart’s lack of trying. Last September, for example, he gave the following quote to the Washington Independent:

In his both of his encounters with Salon, notice how Breitbart keeps saying, "You destroy people," and "You guys are disgusting." Then watch his run-in with reporter Max Blumenthal. Or don't bother, because it boils down to his accusation, "You’re disgusting… you destroy people." Breitbart opened his CPAC speech by accusing the left of "trying to destroy Hannah and James and me." But then, he closed it out by comparing his own work to inventing the cotton gin or founding a religion, and it’s not entirely clear that he was joking. He does clearly think, after all, that exposing an imaginary crime is the biggest story of the decade.

Launching their new website, Big Journalism, Breitbart’s editor-in-chief Michael Walsh explained that the project wasn’t going to conform to any "arbitrary code of ethics." Big Journalism has no obligation to follow the rules, explained Walsh, in defiance of the "deconstructionist" mainstream media. "The revolt against the MSM empire is well and truly begun -- and we are Spartacus." The sentence after he compares himself to a slave revolutionary, Walsh writes, "To a novelist and screenwriter like myself…"

And these guys think that the mainstream media has a narcissism problem.

If you watch his whole CPAC speech, he seems to have mixed in conservative buzz-phrases almost at random. For example, he called Kurt Cobain "this loser liberal, this contract against America." Apparently, he likes to just mix-and-match visceral reactions against liberalism -- much like when he flipped off some protesters for marching by the restaurant where he was eating dinner, assuming they were some kind of dirty hippies. They turned out to be protesting the use of child soldiers.

Breitbart bragged about the incident anyway, because his main bogeyman after ACORN is what he sees as the silly, politically correct academic left. It’s hard not to wonder what happened in his college experience that he hated so much. In his speech, Breitbart talked about being turned into a directionless depressive by his "deconstructionist" American Studies professors. (Why didn’t he change majors?) Imitating Glenn Beck, he traces "multiculturalism" back to the Frankfurt School, a group of Marxist theorists exiled from Nazi Germany who, ungratefully in Breitbart’s view, failed to fall in love with America.

Ironically, last year, Breitbart called James von Brunn, the neo-Nazi who shot a guard at the Holocaust Museum, a "multiculturalist, just like the black studies and the lesbian studies majors on college campuses." Funny, that sounds awfully like what he told sociologist Michael Eric Dyson about intimidation by "the black studies intimidation."

The mid-century literature critic Lionel Trilling once dismissed American conservatism as little more than "irritable mental gestures." Trilling was wrong, in the end, about the movement in general. But he sure did get Breitbart right.